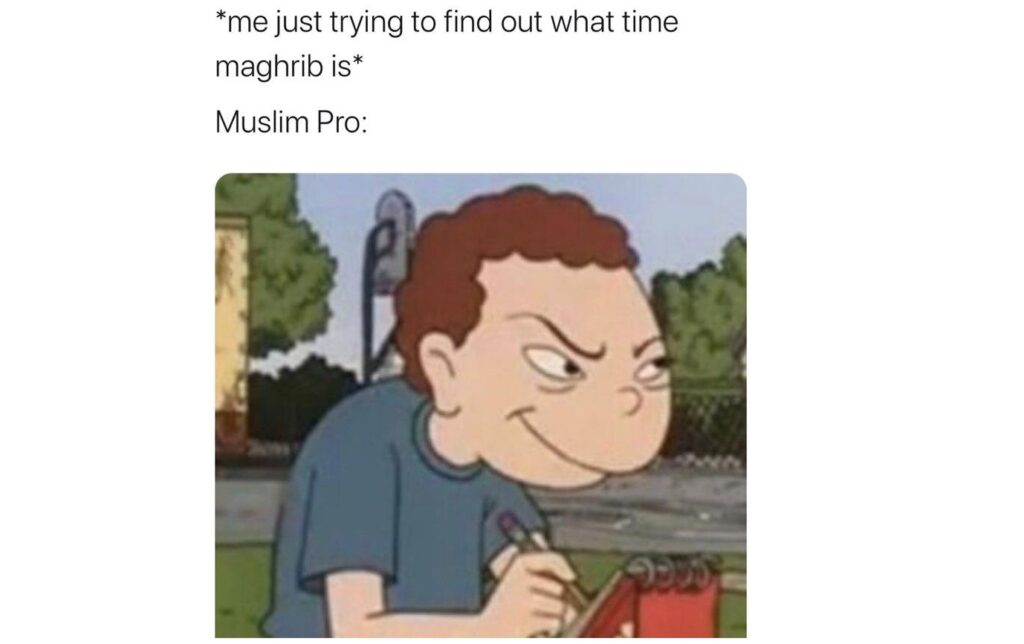 Let's just say, you're going to want to uninstall the app.

Muslim Pro is making sure 2020’s streak of bad luck continues. The seemingly innocuous app that Muslims around the globe use to track prayer times has sold sensitive data on its 98 million users to a branch of the US military tasked with counterterrorism.

The news was revealed in a bombshell report by Vice’s Motherboard just yesterday, sending the internet in a frenzy.

The move was later confirmed by the US military, explaining that the data was used to “support Special Operations Forces mission requirements overseas.” But it wasn’t all a straightforward transaction. At its centre is a data firm called X-Mode.

As per the report, X-Mode “encourages app developers to incorporate SDK, essentially a bundle of code, into their own apps. The SDK then collects the app users’ location data and sends it to X-Mode; in return, X-Mode pays the app developers a fee based on how many users each app has.”

Muslim Pro did exactly that. X-Mode then sold the data to the US military; meaning Muslim Pro users’ location data ultimately wound up at the hands of the American military. Naturally, the report raised major concerns regarding the use of data, and the surveillance of people.

Hours after Vice published the report, Muslim Pro announced that it would no longer work with X-mode.

But it was too late, Muslims around the globe took to the internet to denounce the app, and not without humour, of course. After all, memes are this generation’s go-to coping mechanism. To sum it all up, we rounded up the funniest to arise out of the scandal.

Muslim pro is selling location data to the US military? pic.twitter.com/i8mm29xojW

me and the fellas after uninstalling muslim pro pic.twitter.com/DFkc7qd0yn

bouta to start figuring out salah times myself after deleting Muslim pro like pic.twitter.com/tJ0RBI9ZmI

Astaghfirullahalazim, muslim Pro was the imposter all this time 💀