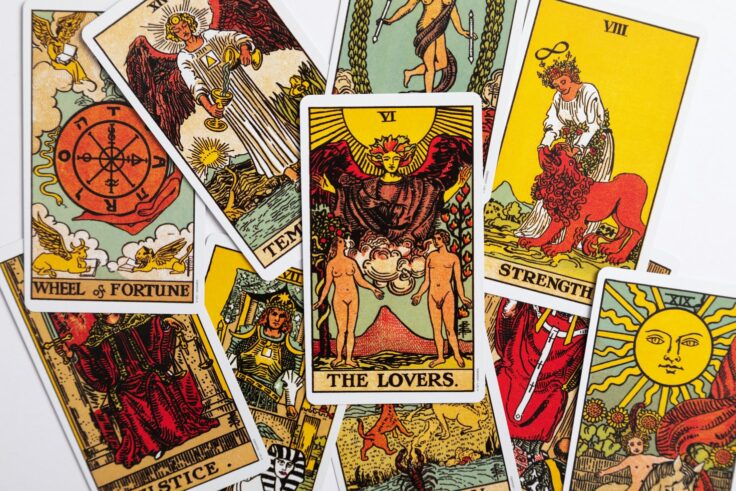 Astrology is an ancient tradition, but we’d be remiss if we didn’t acknowledge its resurgence in recent years. First it was millennials who were deemed obsessed with it (as hundreds of headlines have unabashedly announced). Now, Tiktok is letting us know that even with Gen Z, astrology isn’t going anywhere.

Chances are, not a day goes by without coming across something to do with a star sign. Be it a meme or a detailed video mapping out what the stars have aligned for Capricorns this month. It’s almost inevitable.

And if you’re not among the astrology-obsessed, you probably have a friend who is. We’re talking about those whose first question to a stranger they just met is “What’s your star sign?” And the more initiated, who would say “let me guess your sign” and get it right on the first try.

The art of astrology has become intertwined with today’s pop culture, it’s impossible to escape. Meme pages dedicated to specific signs garner thousands of followers. And it’s not uncommon for Beyonce’s success to be attached her Virgo characteristics.

For some, astrology can even dictate their love lives. So much so, they’ll refuse to date people born on certain months. We, of course, wanted to investigate the phenomenon. These are the signs people won’t date—and why.

Sentimental, protective, and loyal are some of the traits used to describe an evolved cancer man (keyword being “evolved”). If you’re dealing with a cancer man who is under-developed, prepare to deal with the most petty, vindictive and manipulative person you will ever meet. While their emotional nature and sensitivity can be very endearing at first, it gets old really fast. When a cancer man feels like they have been wronged in any way, this soft boy illusion quickly disintegrates. From my personal experience, cancer men love to play the victim since they already have a tendency to think that everyone is out to get them anyways, so my advice to every single woman out there is quite simply to avoid those born between mid-June to mid-July.

I would never date a libra, because they tend to struggle with their self-identity and often mirror other people’s behaviors/interests/hobbies. They’re also people pleasers and desperately want to be well liked by everyone which again makes their personality very bland and cookie cutter. I like rugged interesting people with their own quirky interests and hobbies so Libras don’t do it for me.

Aries men can actually be quite irritating. They have an overvalued self-esteem that makes them pretty arrogant. They’re charming from afar, but as you get close, they just become obnoxious. They’re also too playful to be serious.

They’re insecure. In constant competition with the world, overly romantic and petty. They’re very petty. They also they hide behind the unrealistic fantasy of being a so-called good person to serve a narcissistic interest. They want to be loved too badly. They’re bad lovers.