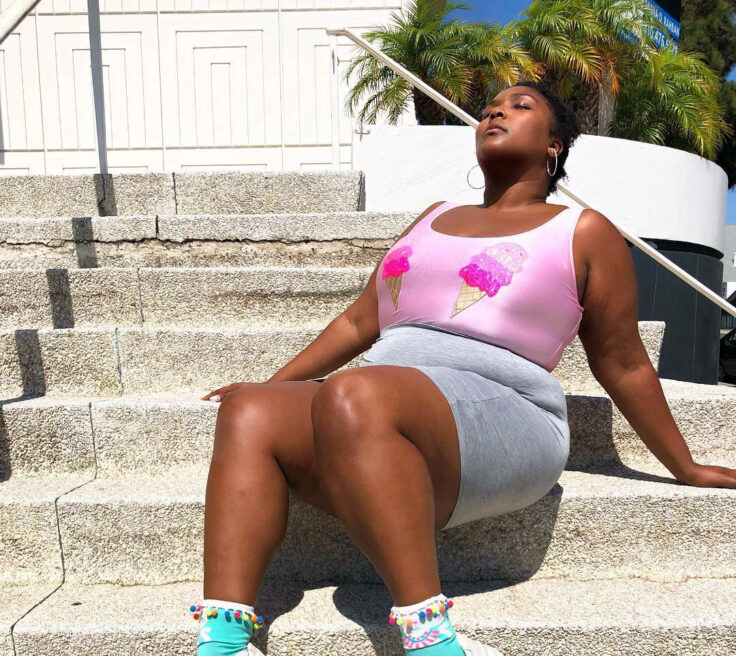 A recent survey by the Mental Health Foundation showed that 13 per cent of adults have considered taking their own lives because of body image and 35 per cent of them have declared feeling depressed about the way they look. Research suggests that young girls are the ones particularly in danger. In a time when narrow beauty ideals continue to dominate the mainstream media, a vast majority of young women feel like they’re not good enough. So in a hyper-connected world, the more we’re online, the more our self-esteem becomes affected.

But thanks to a shift in diversity in the fashion industry, a new generation of casting directors, editors and models are passionately embracing ideas of representation and de-stigmatizing the conversation surrounding body positivity, allowing us to engage with issues surrounding our appearance, and redefine the way we think about beauty.

Although social media is making us anxious and insecure, it has also simultaneously become a powerful tool to uplift marginalised voices. On Instagram, a huge number of body-positive advocates have created their own path, carving out their own digital safe spaces, where they can be visible and proud.

Here are five body positive Instagram accounts that unapologetically refuse to abide to the status quo.

4/27 BITCH ITS MY BIRTHDAY- the best present of all is YOU! Thank you for streaming #CUZILOVEYOU! Aaaaaaaand the best present EVER would be if you listened to my album TODAY TO PUT MY BIG BLACK ASS AT NUMBER 1!!!!!! Why? CUZ I LOVE YOU!!!!

The plus-size black singer is the artist the world has been waiting for. The release of her third album Cuz I Love You earlier this year cemented her as the queen of body positivity. Instantly follow her if you want uplifting music, sass and unrivalled twerk videos.

Ferreira has been a fierce body positivity activist since she was 18 years old, when her un-retouched photographs for lingerie brand Aerie went viral. Four years later, Ferreira continues to be one of the most inspiring and influential body positivity role models, constantly calling out for greater representation and self-expression. And her activism is paying off, as she’s about to appear on TV in HBO’s new show Euphoria, which premieres next month.

Over the years I’ve learned that confidence may not always be a 24/7 + 365 day thing. It can sometimes come in waves, I mean we’re humans and it happens. We all have our own insecurities and for most of my life that insecurity has been overthinking, doubting, or second guessing myself. I’ve learned to accept myself and be in tune with my intuition along whatever journey I’m on. When I catch myself overthinking, I’ll remind myself that even mistakes can be learning lessons for growth and not every path is the wrong/right one, they just are what they are. Let’s give ourselves more positive acknowledgement every chance and day we get. I’m excited to team up with @Aerie on this because for every use of the hashtag #AerieREAL, Aerie donates $1 to @NEDA, the National Eating Disorders Association (up to $50K)! PS: This hat and suit are both from @aerie #ad

Known for her active participation and dialogue surrounding redefining beauty standards, the Lebanese-American advocate went from modelling to launching her own eponymous size inclusive brand, ranging from size Small to 3X, in a bid to disrupt the industry from the inside.

How I will greet u at heavens gates

The young model (and Petra Collins’ bff) has been using her Instagram to open up about her personal journey to loving her self unconditionally; teaching the world that there isn’t one single way to be beautiful.

New Orleans and Santa Fe catch me teaching at studios near you in January (the weekends of January 5th and 19th respectively). Link in bio for details and to register.

While the yoga industry seems to be dominated by skinny, blond-haired yogis, Stanley is the game changer dismantling beauty norms, challenging body shaming, and redefining the way we understand what it means to work out.