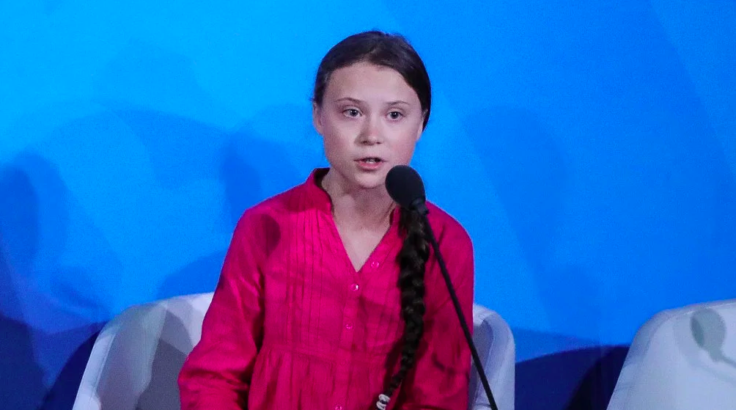 “You have stolen my dreams and my childhood”

“How dare you – you have stolen my dreams and my childhood” announced climate activist Greta Thunberg to the world’s most powerful leaders at the United Nations summit that took place on Monday.

The Swedish 16-year-old, who had mobilized millions of young people across the world a few days prior, urging them to join her in a worldwide protest for the climate, addressed UN members in a powerful speech to demand emergency action on climate change.

“You are still not mature enough to tell it like it is,” she brazenly told them before adding, “You are failing us. But the young people are starting to understand your betrayal. The eyes of all future generations are upon you. And if you choose to fail us I say we will never forgive you. We will not let you get away with this. Right here, right now is where we draw the line.”

Thunberg’s speech, which came at the beginning of the summit shed a powerful light on the realities of climate change. She emphasized the importance of science (which has proven that we’ve already reached and irreversible point of global warming, and that immediate action is necessary to prevent the planet reaching a warming point of 1.5 degrees Celsius).

But as world leaders came to offer their goals, Thunberg’s speech proved all that more pertinent and sadly, accurate. Here’s why:

The Prime Minister of India agreed, but set out no real plan to phase out coal mining.

Angela Merkel set the goal of putting an end to coal mining in Germany by 2038— far too late.

Donald Trump only attended the summit for a total of 14 minutes and made no remarks.

Canada and Australia were also not present for the summit.