56-year-old multidisciplinary Iraqi artist Mohammed Al Shammerey left his home country in 2003, following the American invasion. Since then, he’s been using painting, photography, video and sculptures to explore the crisis of Iraqi culture and the consequences political turmoil has had on the region as well as on his personal identity.

Al Shammarey, a self-taught artist, offers a fascinating study of his experience and feelings as an Iraqi in exile. His captivating—and sometimes troubling—images carefully explore intimate topics such as, despair and mourning. Themes which Al Shammarey uses to denounce power politics. But most importantly, his work, which resonates with the hearts of many in the region (and throughout the world) who have been through war, and aims to pay tribute to his torn apart nation.

Based in Houston, after having lived in Amman for a brief stint, Al Shammarey has been exhibited around the world, from the FA Gallery in Kuwait to the Cairo International Biennale and the British Museum in London.

MILLE caught up with the artist to find out about his upbringing in Iraq, the inspiration behind his work and if he dreams about ever going back.

What was you first introduction to art?

It all started with music actually.  I had a group with my friends and quickly I started working as a duo with the famous 3oud player Naseer Shamma. I played with many other artists, such as, Esmat Shawkat, Haytha, Sultan Al-Khatib, the very famous Iraqi pianist and the contrabass player Zaid Ismat Shawkat. I also performed with a ballet dancer, Liqa’a Sarsem. From that point, I gained friends from the fine arts circle, and the most supportive of them all was the sculptor Haitham Hassan, who now resides in Canada.

My first exhibition was about old and worn musical instruments; I reshaped them in hybrid and sculptural ways. It happened in Baghdad at the French Cultural, and that really was my turning point from music to fine arts and sculpture. 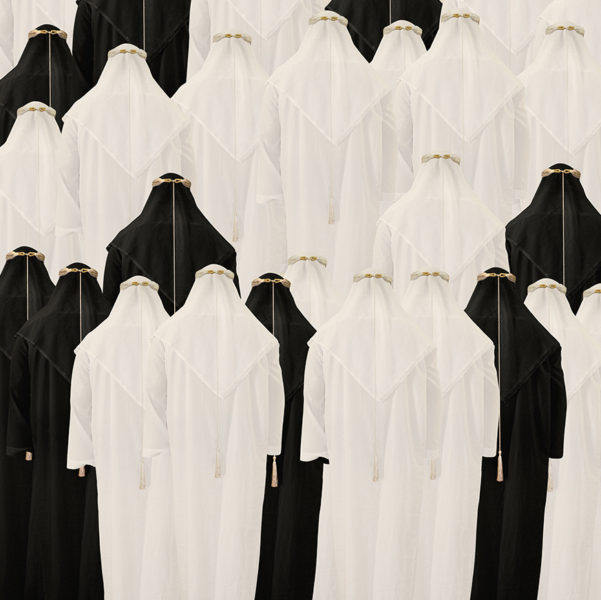 Other than music, are you inspired by any other artistic genres?

Poetry inspires me. I am working on another multimedia project, inspired by a poem of Mahmoud Darwish, which I started before his passing.  I actually already worked with him on a project entitled The Mural.

How has your art evolved since you left Iraq?

When I left Iraq, I settled in Amman. I remember I was surprised by the presence of eight people of American nationality in my workshop, who were from the Museum Station in Houston, Texas. They suggested setting up an exhibition with a group of Iraqi artists in the States. My trip to America, even though it wasn’t the time I had been there, helped me develop my work mentally and technically. In the first few months of my immigration, I did not practice art at all. I wandered through museums and galleries moving between Houston and New York to learn about postmodern art. In that period, digital printing and photography were widespread. This helped me go beyond the basic techniques I had, and use the technology and big printers available in America to perfect my work. I can now do photography, video and mobile sculpture, using three-dimensional drawing programs 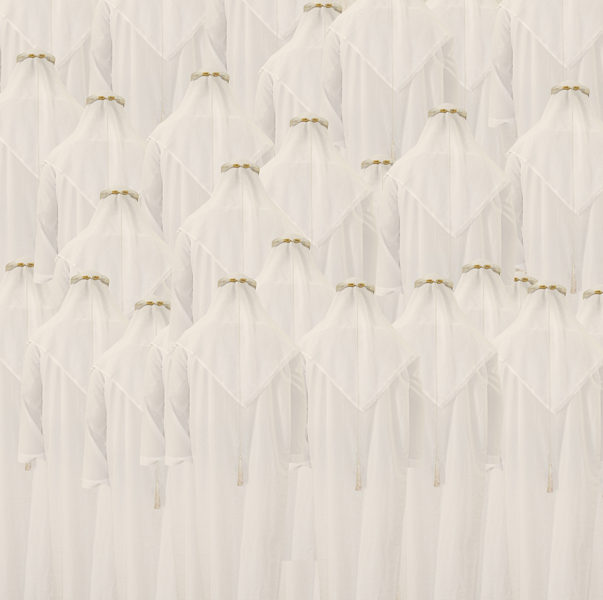 What is the message or aim of your artistic creations?

I express myself, literally who I am in relation to my country and what it has been through.

I created two videos that are based on the concept of game: Chess and Civil War. That’s how I describe Iraq’s civil war. I believe that for the clerics, the politicians, the militias and all the different actors involved, what’s happening in Iraq is just a game and they have succeeded in destroying the country.

Through my work, I explore Arab identity and its tragic evolution. In my series Estrik, I represented the Arab man in the form of a bowling pin. Each man is also a representation of the regional countries. To me, sadly, they’re all collapsing one after the other. 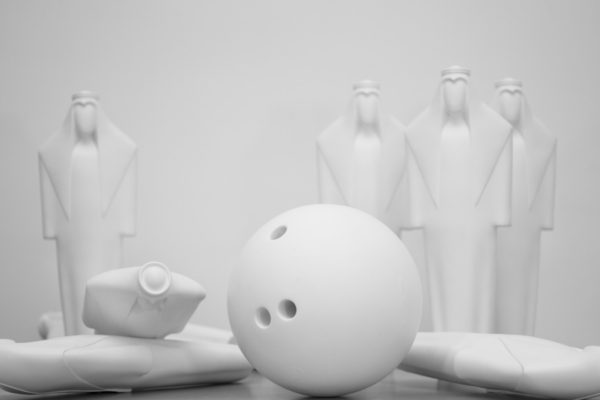 In my project entitled Selfie, in which I personify the Bedouin Arab man and duplicate him, I’m actually myself. With the term “selfie”, I want to question the idea of digital revolution that was introduced to us with the Arab revolutions. I try to question the role of technology in this context and the thin border between reality and illusion, as the revolutions sparked great hopes that were disappointed. 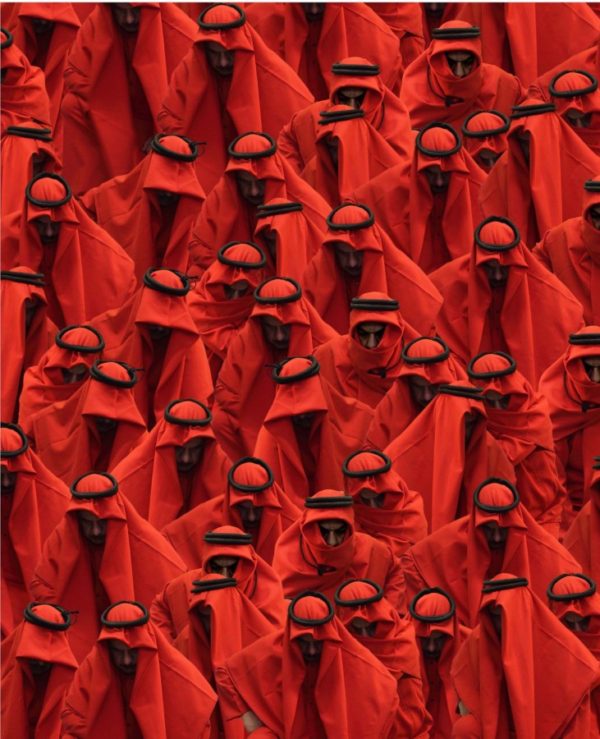 Do you ever dream of going back to Iraq?

No, I don’t. All of my friends are in exile around the world. I have no reason to go back there, and it sill haven’t been long enough for me to develop nostalgia. Maybe when I’m older.