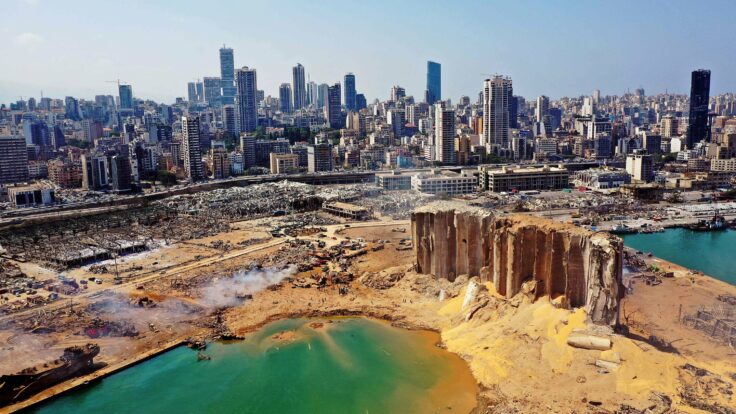 5 Reasons Why You Need to Support Lebanon Today

The situation is critical

The situation in Lebanon has been dire for many years, but with the explosion that happened earlier this week, the situation has become critical.

In the midst of the Coronavirus pandemic, with a looming famine and now widespread destruction – the gravity of the situation cannot be downplayed. Although the exact cause of Tuesday’s explosion is yet to be determined, the damage has been staggering. For anyone outside of Lebanon, grasping the scale of the situation can be difficult, but thanks to a now-viral Twitter thread (which compared the damage to a similar scale in both London and New York) it clearly shows that the repercussions of the explosion will be not only seen, but felt, in Beirut for many years to come.

With Lebanon’s Red Cross raising funds, along with a number of local NGO’s and organisations, the country (which has been in a state of protest for 10 months) has never needed the support of the global community more than now.

But in order to fully grasp what has happened and more importantly what the implications are for Lebanese people, it’s imperative to place some context into this tragic situation. For any country an explosion with widespread physical and emotional damage is traumatising and debilitating, but for Lebanon, this could collapse their entire economy and country as they know it.

If you’re unsure of what has been happening in Lebanon, or why your help is needed, look no further. Here are six solid reasons to donate what you can, use your platform to amplify and show solidarity with the Lebanese community.

Since October 2019, the Lebanese pound has lost over 86 per cent of its value. Put simply: the inflation rate in Lebanon is now the third highest in the entire world.

With food prices rising by 55 per cent, Lebanon is now also on the brink of starvation.

Under an economic crisis in the midst of the pandemic, AUMBC (a regional leader in health care) has announced that it will lay off up to 1,600 employees, which is around 25 per cent of it’s staff.

With around 1.7 million Palestinian and Syrian refugees living in abject poverty in Lebanon, the explosion is likely to worsen their situation.

Rising food prices with an economic collapse means that famine is becoming a daily reality for many Lebanese people. Combining this with the pandemic means that people with compromised immune systems are more likely to die.

For more information on the above statistics visit Slow Factory