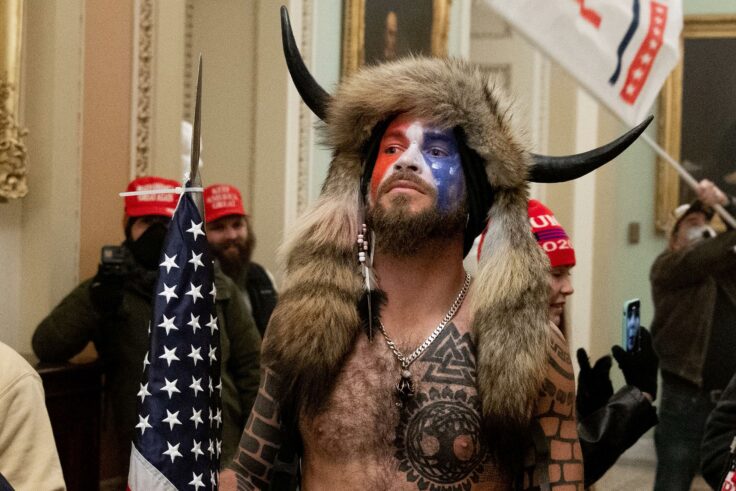 2020 has come and gone, but its chaotic energy is definitely lingering well into the new year. It’s only January 8, and the week already counts a major historical event, the year’s biggest celebrity divorce, and of course, a whole new COVID-19 strain.

It’s safe to say, the simulation is officially broken. And there’s not much for us to do about it than watch it all unfold. Yeah, you might want to put your new year’s resolutions on hold.

Our favourite astrologer, Michel Hayek, did warn us. According to him, things won’t be looking too good for the world for the next few months either. How could they if this is how we’re kicking the year off.

An attempted ‘insurrection happened in America and threw the internet into a frenzy
It’s a full-on American Horror Story right now in the US. Trump supporters stormed the Capitol on January 6 following a protest. They were seen taking selfies with officers, invading the building, looting Nancy Pelosi’s office, all under the claim the election to be rigged. Of Course, memes flooded our feeds, and ‘civil war’ was trending on Twitter.

A Tiktok Troll convinced the internet that Kanye and Jefferee Star are dating
A Tiktok troll who kicked off 2020 by posting herself licking a toilet seat on an airplane, decided to spread the rumor hat Kanye has allegedly cheated on Kim with beauty guru Jeffree Star. The false accusation spread like wildfire across social media, but it’s all been put to rest after Star posted a YouTube video stating: “I’m single. I’m not sleeping with anyone. This is so weird… this is so stupid.”

@realavalouiisei can’t say WHO cuz he’ll sue me hint hint but it’s part of the reason Kanye’s so religious now it’s his self hatred …. my source is legit I promiss♬ original sound – Ava Louise

Donald Trump is blocked by Twitter and Facebook
Mark Zuckerberg and Jack Dorsey have addressed the issue in past years, but continued to allow Donald Trump to post on the social media platforms despite breaking community guidelines. But they finally drew the line at the president saying “we love you” to the MAGA rioters and calling them ‘special’.

The Weeknd made IG filters a Reality
The Weeknd sent the world into a frenzy after showing up with a bandage-covered face to the AMAs last November. This week, the artist unveiled a new IG filter-like face on Instagram, and fans are freaking out. But don’t worry, it’s likely not plastic surgery.