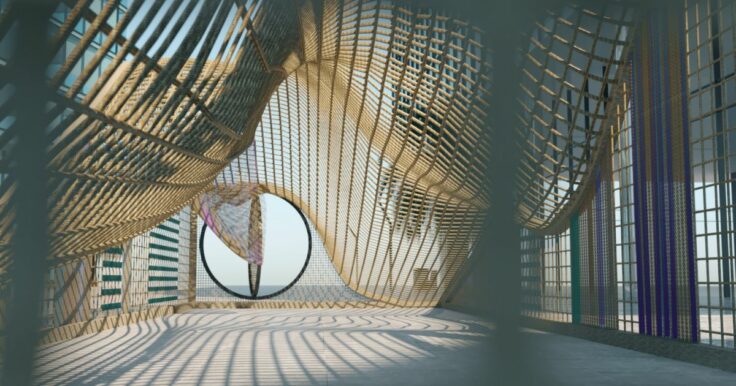 5 Things You Need to See at Dubai Design Week

Now in its fifth edition, Dubai Design Week firmly stands as the region’s go-to creative festival. Having consistently pushed the design scene forward, they’re back this year with a six-day programme that includes over 200 events.

This year’s edition will have a special addition; Beirut-based designer Ghassan Salameh, whose work has been featured everywhere from Architectural Digest to Harper’s Bazaar, joins the Dubai Design Week team as a guest curator. Salameh, with regional design in mind, will be putting together two new exhibitions.

But as we wait for the fair to open, MILLE rounds up eight things you should watch out for this season.

Abwab
Since its launch four editions ago, Abwab is unarguably the most anticipated showcase—and this year’s is no exception. Dedicated to commissioning work from across the Middle East, North Africa, and South Asia, the exhibition will give you an insight in to what’s really going on in the region’s design world. This year’s theme is ‘Ways of Learning’, with designers challenged to recreate the local classrooms from their respective cultures.

Downtown Editions
Downtown Designs, one of the Middle East’s leading design trade fairs will present Downtown Editions. The section will be exclusively showing limited edition and bespoke design from emerging regional talent. Here, Kuwaiti artist Meshary Al Nassar will show a collection of sculptural marble lights inspired by his family home. Tashkeel, one of the UAE’s premier galleries, will also be unveiling pieces of traditional and modern crafts from across the UAE.

Global Grad Show
Bringing together designers from the world’s best design and technology schools, this year’s Global Grad Show is putting sustainability in focus. And this year’s show is its most diverse yet, students from over 100 universities across the globe will showcase their projects.

WAL(L)TZ
Be sure to check out the Lebanon Pavilion this year. Beirut-based studio, WAL(L)TZ, created an interactive wall with the goal of portraying the socio-political barriers that exist in society, from physical walls that  borders, to psychological barriers imposed by religious and cultural values.