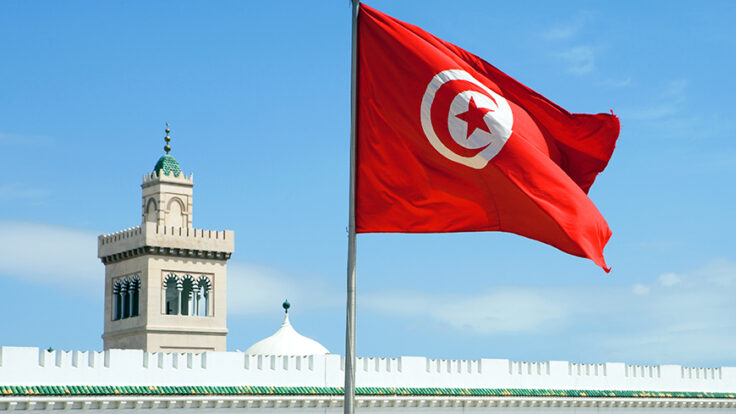 Between Kais and the pandemic, things have been difficult for Tunisia

Nestled between two of Africa’s biggest nations, Tunisia is often perceived as small in size, but anyone familiar with the Mediterranean nation has always understood its colossal promise of talent and vision for the future.

Far from being its first try at triggering pioneering movements, the country, notoriously famous for having ignited the series of anti-government protests in the Middle East and North Africa through what is now known as the Arab Spring, is making headlines again. And not of any kind.

Earning the reputation of being the sole success story of the above-mentioned wave of revolutions and uprisings, the events which took place on the 25th of July this year, have started challenging this claim for some.

The nation went from celebrating swimmer Ahmed Hafnaoui’s golden Olympic medal in the morning to a constitutional freeze in the evening led by the nation’s president Kais Said, turning the world’s eyes to the nation once again. On that eventful day, Said dissolved the parliament and moved to suspend the Prime Minister.

Of course, western political pundits were quick to call the move a coup, while Tunisians, both young and old took to the streets to celebrate the move that sidelined the nation’s Islamist party, which had long been criticized by many. And it all happened in the midst of a major COVID-19 outbreak throughout the country.

As of now, Tunisia stands in a political limbo as the nation navigates its current situation. As pressure mounts, we asked young Tunisians how they remember the day, their aspirations and fears for a hopefully better future.

I was very baffled by the events as it was something that I wouldn’t have necessarily foreseen. I always assumed that a radical change would happen internally but I was surprised by how it did this time. The problem is that the president put us through an interpretation of pitfall and people are debating semantics regarding whether this is a coup or not, from popular demand or not, and I feel like this is distracting us from the main point.

I believe that we should keep an eye on, and be vigilant. I believe that the Tunisian state needs to consolidate its cohesion measures and make sure that this fragile system does not fall into pieces in order to make sense of what has happened.

The 25th of July is a special day as it celebrates the foundation of the republic back in 1957. This year, the date took a special turn as Tunisia is currently going through a sanitary crisis that is only worsening the social and economic situation of the country. A couple of days ahead, citizens had been preparing demonstrations and protests, especially through social media, which was very reminiscent of the zeal witnessed on streets almost a decade ago.

In my opinion, I think that we need to praise the people’s activism while also still being careful to those in power to make sure to not fall into autocratic rule or potential coups. Summer is not necessarily synonymous with taking a break from social activism as we’ll keep on making our voices heard. And I’ll make sure to make mine heard as well.

After the president’s speech, people went out, cars honked and people hugged. I went out with my friends to celebrate, there were so many people out for the first time in so long. It really was a liberation for us all.

From my perspective, all I’m seeing is that people are more than satisfied and happy with the president’s decisions. He’s starting everything from scratch by getting rid of the negatives. I’m also very proud and I hope things will keep on going this way. We also have the support of a lot of western powers because what he’s doing is right. It’s not a coup. It’s just putting things back to their place.

I believe in change as this year was the anniversary of the revolution although not much has changed since. It is a must and it was must needed. I followed the events from a distance this time, and I was very happy to see them. The main party in parliament had been increasing their funds and people got frustrated, rightfully so.

People had been preparing ahead for some time and we were surprised to see that the president was on our side. Everyone was so happy as he’s considered as the first president that we actually elected. It is true that after all of this it feels like we’re heading into the unknown but we are weirdly optimistic and not afraid of this change as we’re asking for it. We’re going through a rebirth. We’re making a choice and we’re sticking to it.

After a decade of promised changes that never rolled out as planned, the 25th of July was a way for the people to put their hands back onto power and get rid of an elite in power that has been abusing it for too long. Considering the effects COVID-19 is having on the country, I can only see hope for the future at this point although we must be careful with only one person assuming all main powers. We have enough examples all around us to, hopefully, not fall into the same mistake.  I don’t think that the decision was necessarily a bad one, but we seriously need to see some change and for it to happen sooner rather than later.

As part of the youth, this was probably the closest thing to witnessing the revolution of 2011 first hand as we were too young to actively take part in it back then. With transparency, cohesion and better applied principles of democracy, I can only see things go uphill from now on.