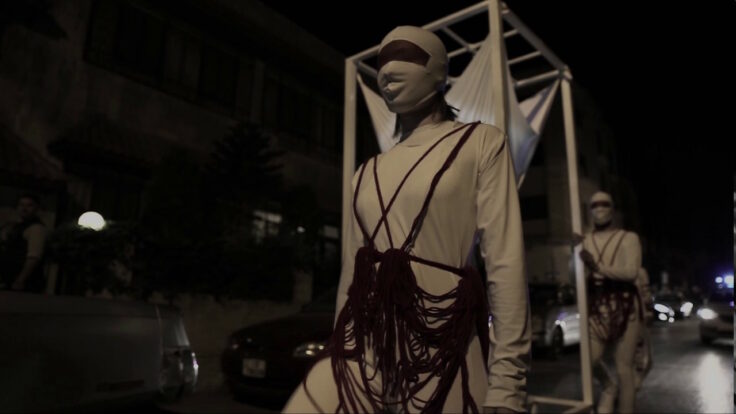 6 Jordanian Contemporary Artists to Watch in 2019

According to Amman’s game-changing curator

Home to many migrants and refugees—Palestinians, Iraqis and Syrians to name but a few—Jordan has long-been a meeting point in the region. In the capital city of Amman, a vibrant creative community is flourishing, with some of the region’s most exciting and forward-thinking artists having established themselves in the Jordanian capital.

“Two girls visited our exhibition the other day and they mentioned coming from Beirut to see Palestinian artist Muqata3a perform in Amman, explaining that he cannot perform in Beirut as a Palestinian, nor is it possible for them to visit Palestine as they’re Lebanese”, says 26-year-old Joud Halawani Al-Tamimi, curator of Darat El Funun’s space for emerging artists.

With a commitment to supporting the careers of emerging artists, and providing a space for critical dialogue and radical experimentation, in 2011, Darat El Funun—Amman’s most famous contemporary art institution—transformed three old warehouses and launched The Lab. “It’s a hybrid space that exists at the threshold of the public and the private, thus allowing for on-going exploration of the boundaries between an art space and everyday life”, explains Palestinian-Jordanian Halawani Al-Tamimi. 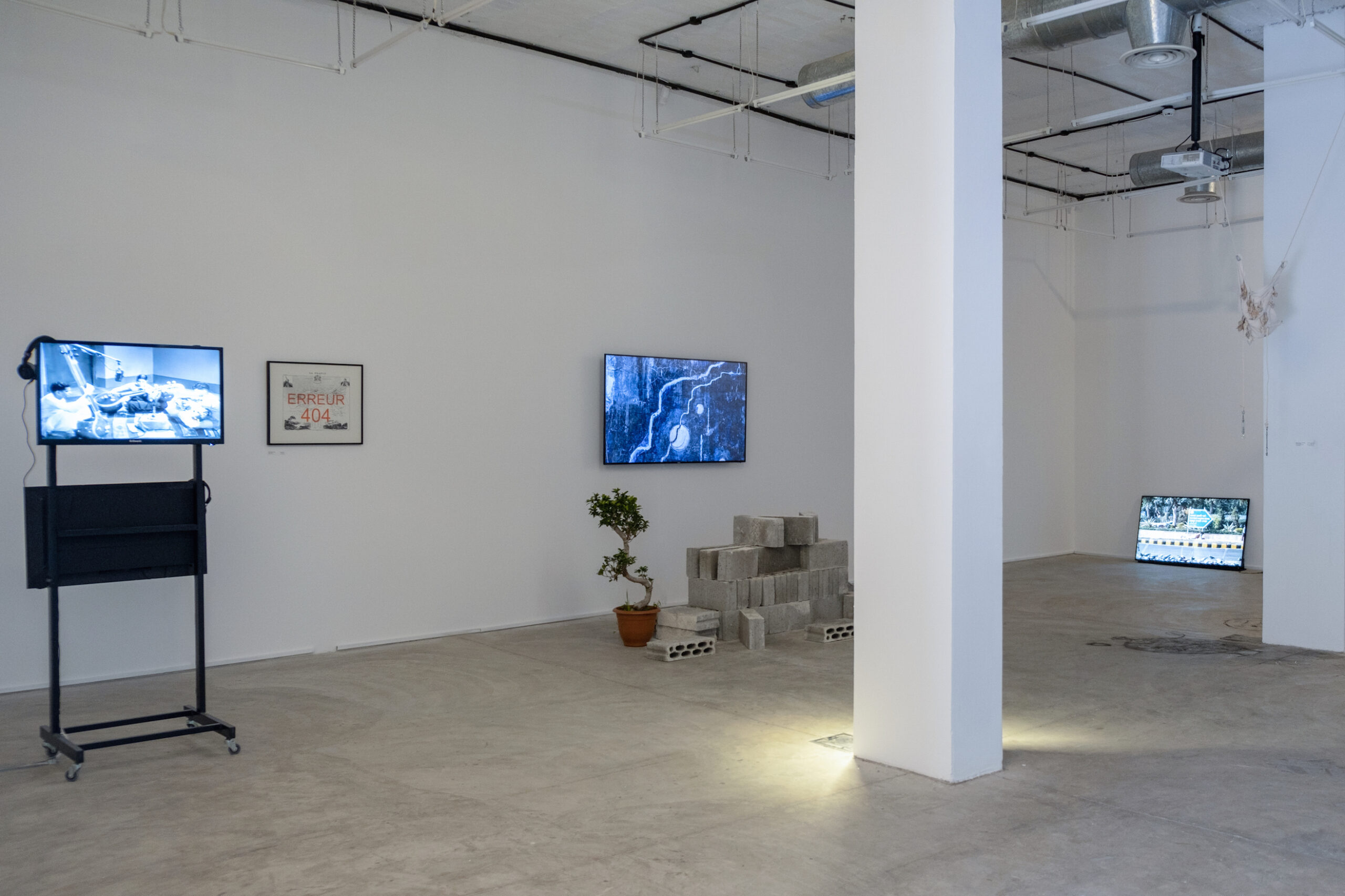 Inspired by English architect and scholar Cedric Price’s concept of ‘non-plan’, the SOAS-educated curator manages the program with a totally flexible, inclusive and rule-free spirit. “Our curatorial premise is to create junctions, to operate as a contact zone”, she continues, discussing how she wants to promote exchange and collaborations, but with an unforced and organic approach.

Using boundary-pushing methods, Halawani Al-Tamimi invites artists to explore crucial themes like home, belonging and gender, all while reflecting on the positioning of Arab identities in the art world. “Who is this for? Who are we talking to? These are questions we always come back to”, she says referring to how she seeks to decolonize art from its Western-centric understanding by shedding light on localized artistic practices.

We caught up with Halawani Al-Tamimi and asked her to round up six Jordanian artists that you should be watching this year. 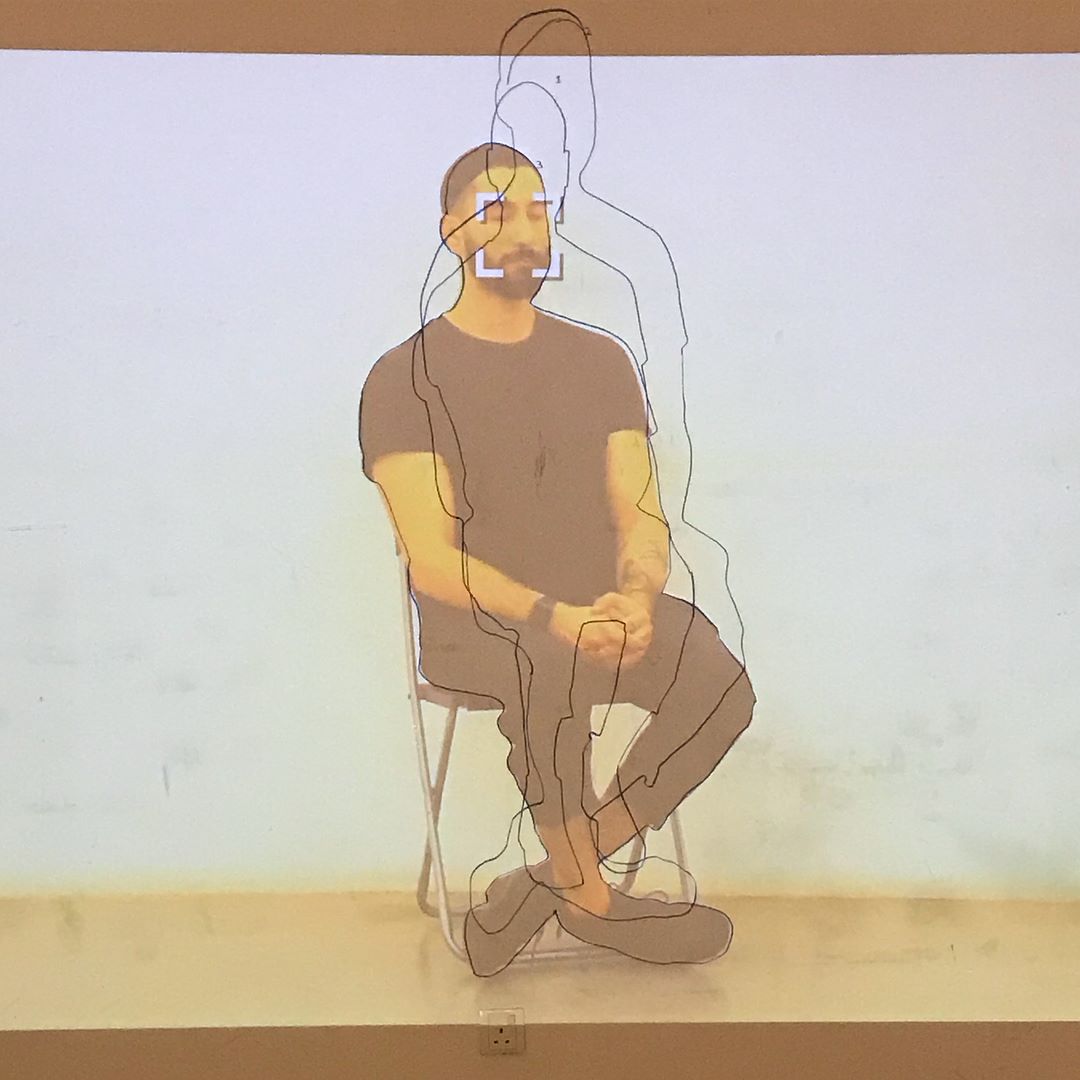 Walid Al Wawi is a curator and multidisciplinary artist. Spanning painting, performance, video and installation, his practice is concerned with the hybridisation of the modern Middle Eastern identity and the implications of the geo-political claustrophobia upon cultural naturalisation. He is co-founder of SAMT, a virtual platform for research and exhibition. SAMT’s main objective is to assist all users of creative fields, who are living in or have self-limiting relations with, a politically/culturally censored region, to practice their right to free expression through the medium of contemporary art and anonymity. 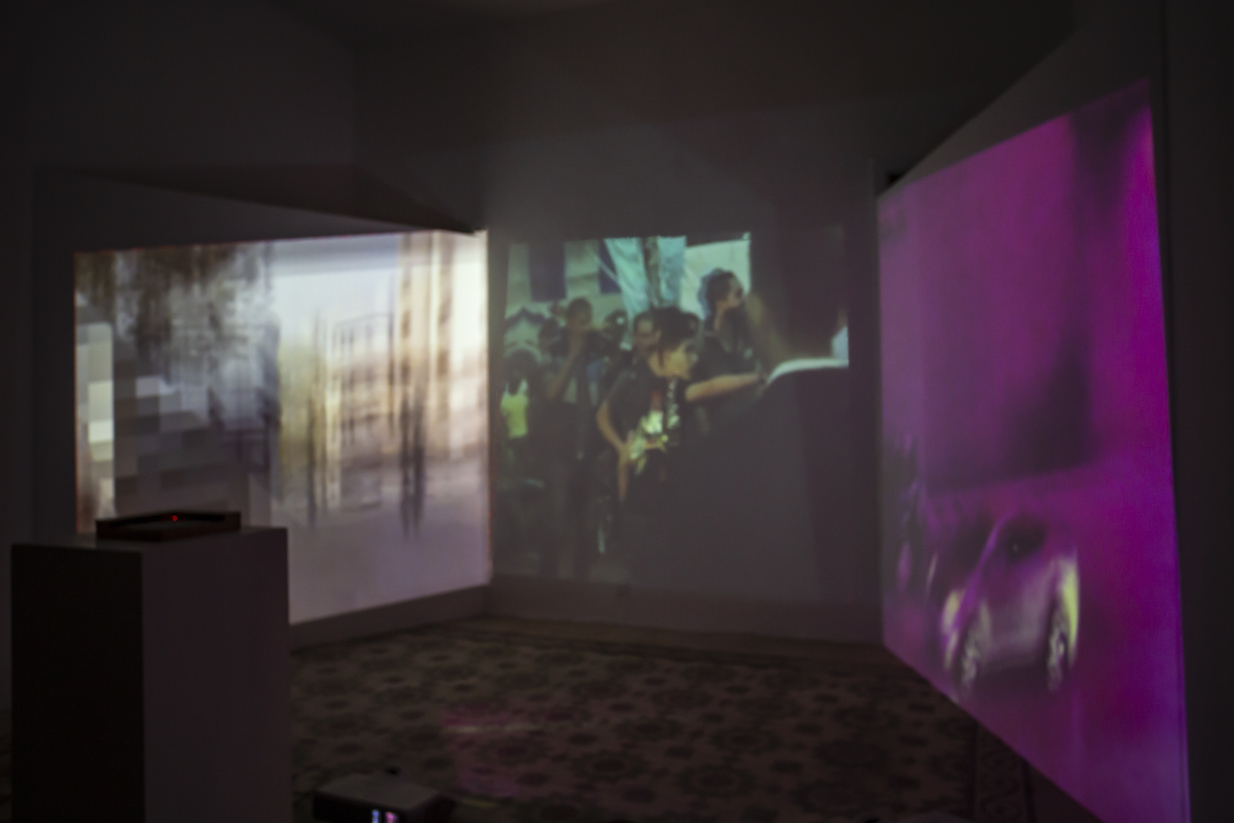 Mo’awia Bajis lives and works in Amman. His work interrogates the ways in which the political shapes the everyday, and explores manifestations of power in public space. Recently, he has focused on the socio-political possibility of the audible. Bajis uses sound as a tool to cast a critical lens on rampant inequities, dispossessions and erasures in urban contexts. He is interested in the transience of sound versus the more lasting essence of what is captured by video. The ephemeral nature of the sounds that narrate our cities comes with anxiety for Bajis, who is keen on recording stories that speak to our collective memory before they vanish or disappear. 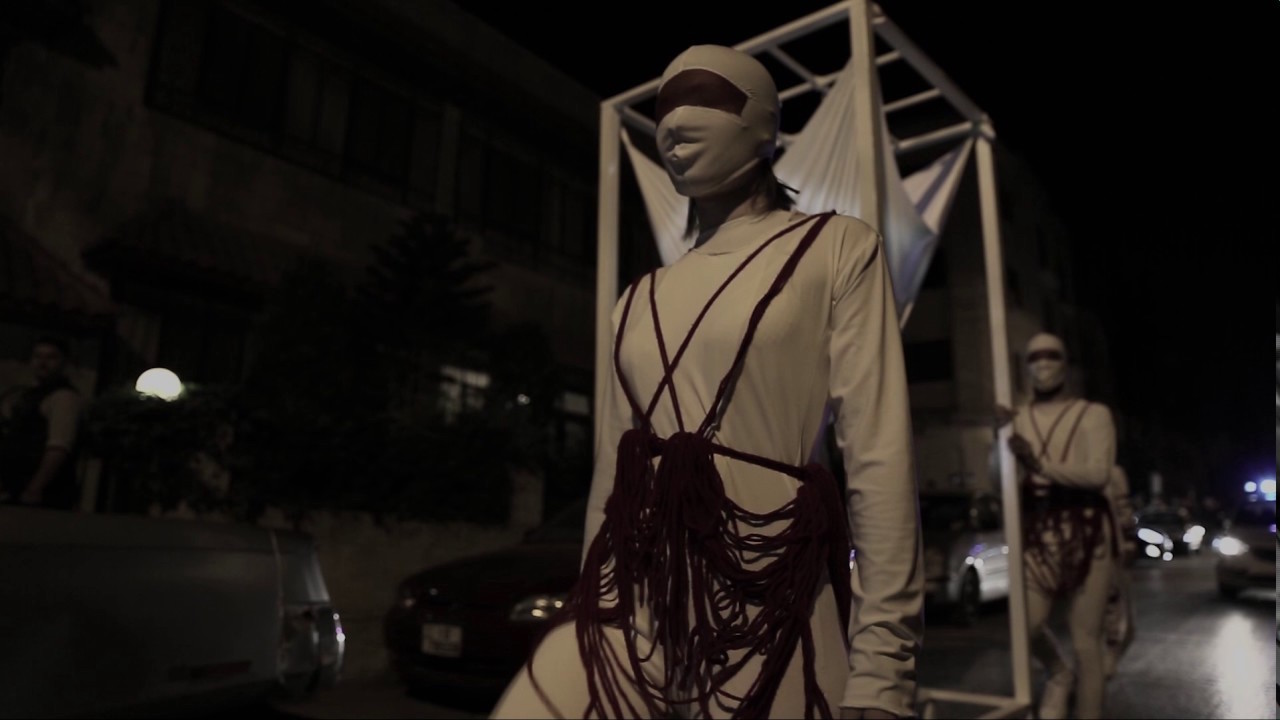 Rosana Elkhatib is a Palestinian-Jordanian designer, curator and writer based in Brooklyn, New York.  Her research focuses on the mutual constitution of bodies and spaces as they are further complicated by their political, social, and religious environments (specifically in the urbanizing of the Middle East). She is a member of feminist architecture collaborative, a three-woman architectural research enterprise she co-founded with Gabrielle Printz and Virginia Black. Feminist architecture collaborative is aimed at disentangling the contemporary spatial politics and technological appearances of bodies, intimately and globally. Their projects traverse theoretical and activist registers to locate new forms of architectural work through critical relationships with collaborators across the globe. 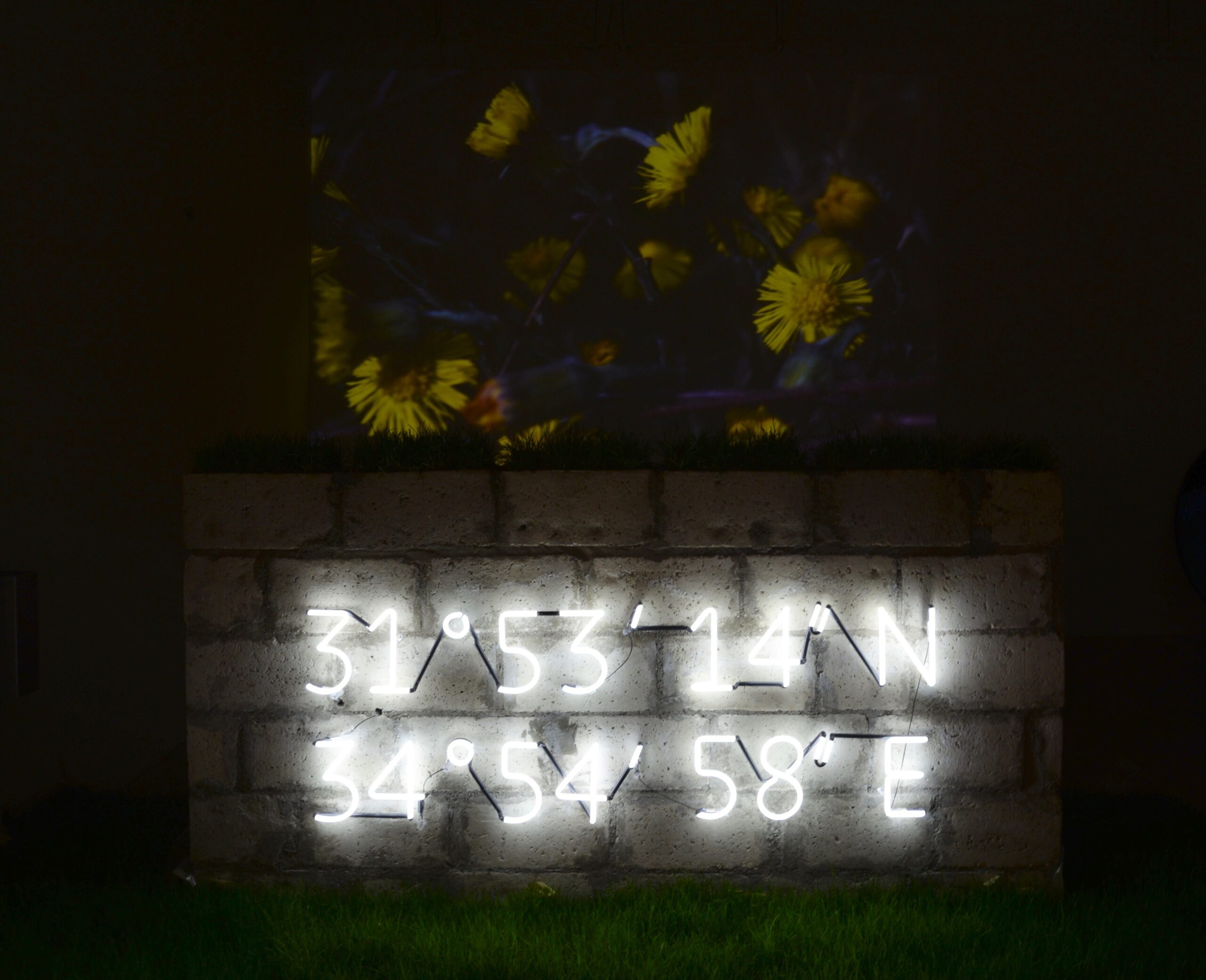 Fires Shehadeh is a multidisciplinary artist based in Vienna, his work explores his relationship with the space and the influence of authority on the alteration of the collective consciousness and identity. He is interested in post-colonial effects, technology and history. His most recent projects grapple with the understanding of home and belonging in a post-internet age, navigating experiences of exile and displacement. In 2018, Firas received the Second place prize for the Young Artist of the Year Award (YAYA), A.M. Qattan Foundation. 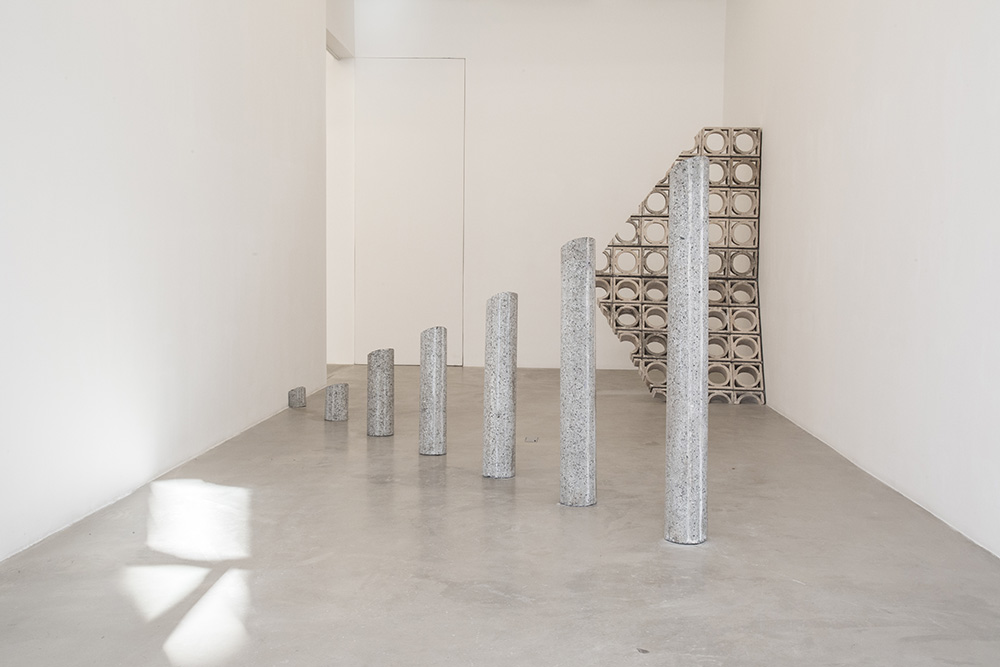 Saba Innab is an architect, urban researcher, and artist practicing out of Amman and Beirut. She has worked with UNRWA on the reconstruction of the Nahr el Bared Camp in the North of Lebanon, a project that was nominated for the Aga Khan Award for Architecture in 2013. Through painting, mapping, sculpture, and design, her work explores the suspended states between temporality and permanence, and is concerned with variable notions of dwelling, building, and language in architecture. 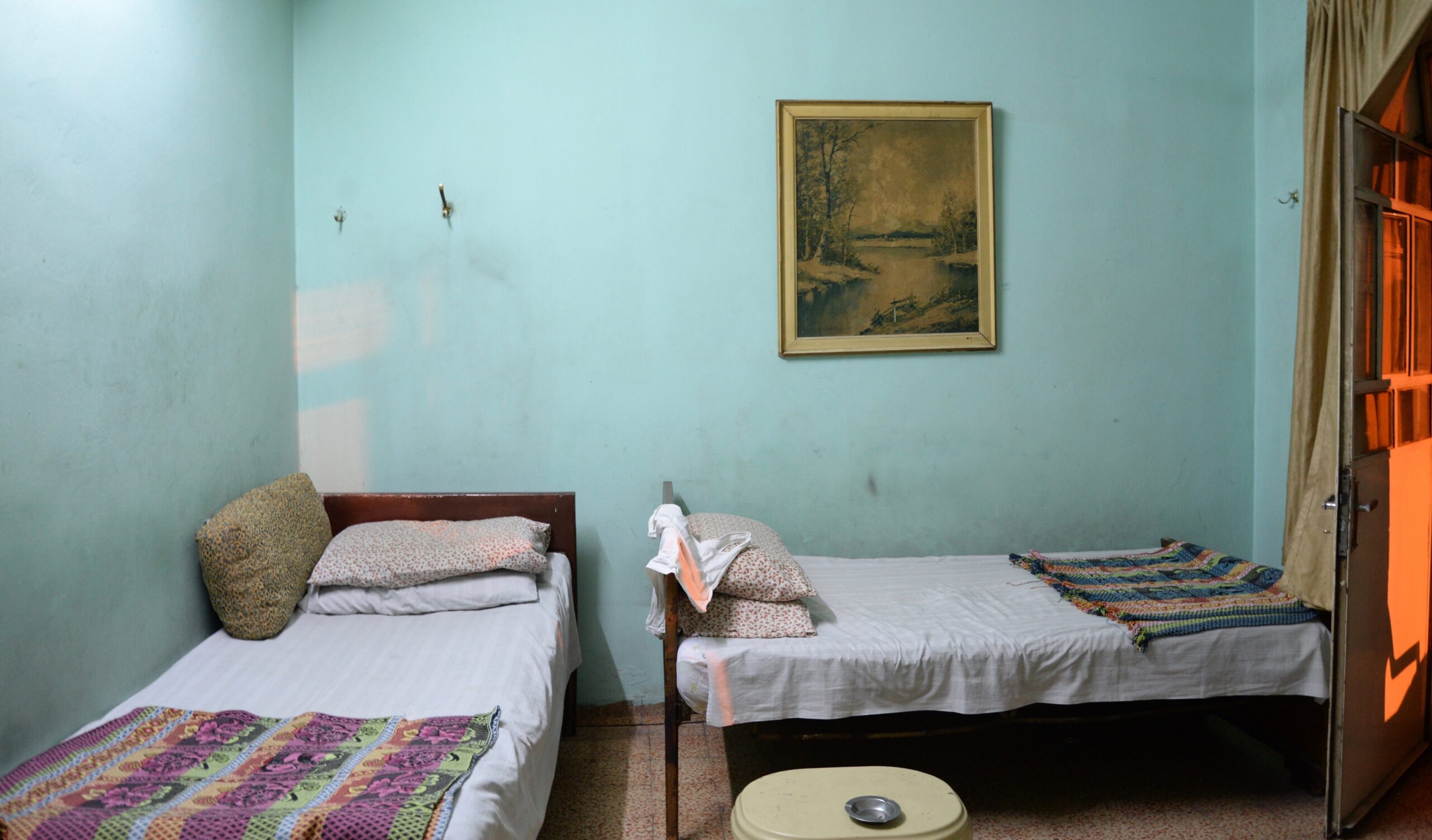 Ahmad Salameh is a multidisciplinary artist based in Amman, his work deconstructs the quotidian or the politics of the everyday. His most recent project, Short- Stay, looked at the space of the hotel as a microcosm of the wider city outside, where discourses of space and wider hegemonic socio-cultural relations are resisted, contested or affirmed. The threshold of the hotel was a point of departure for the imagination of possibilities for transition and transgression. His artistic practice is also influenced by his passion for cooking, which manifests in cross-disciplinary projects that interrogate the production and consumption of food in relation to the constitution of space and social relations, as well as notions of absence and transience.