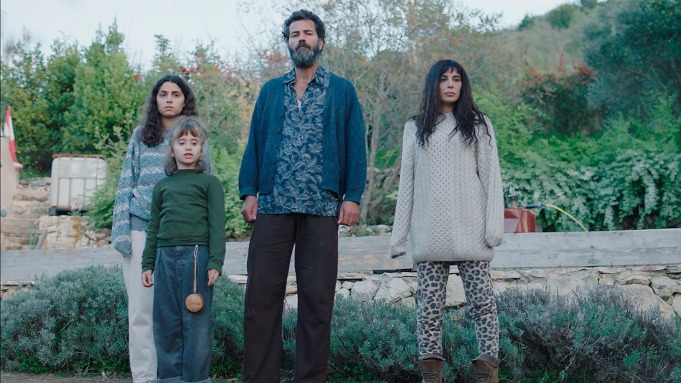 9 Arab Movies Are On Their Way to the Oscars

May the best win

Film season is getting ready to pick up again soon and Arab movies seem to be leading the race. Set to be held this March 27 2022, 9 features from the region will be competing against each other in order to snatch one out of the five spots reserved for the upcoming session of one of the world’s most famous cinematic awards, the Oscars.

As we have a little over two months left before the five candidates for the selection of the Best International Film are announced (to be released this February), it is time to brush up on the Arab World’s ambassadors for this year’s iteration of the ceremony that are trying to make the cut.

Chosen to represent Palestine, it is the first time that a feature from the occupied Golan heights represents the war-torn state. Having premiered at the Venice Film Festival, Amir Fakhreddine’s The Stranger focuses on Adnan, played by Ashraf Barhoum, through his existential crisis as he struggles to meet the high expectations of his family and especially father. His journey takes a turn once he meets a wounded Syrian behind the separation wall between the occupied Golan and Syria, and decides to rescue him.

Saleh Bakri and Nadine Labaki star in Mounia Akl’s impassioned debut, an eerie family drama set amid a raging climate crisis in near-future Lebanon. The couple aim to leave the now polluted Beruit, in order to begin a utopian life in the mountains of Costa Brava.

Tunisian Abdelhamid Bouchnak is the director of Golden Butterfly, a feature that revolves around a policeman with a dodgy past who meets a young diseased boy and decides to take him on a trip before his condition worsens.

The Tambour of Retribution

Hailing from Saudi Arabia, Abdulaziz Al-Shallahi’s Tambour of Retribution recounts the tale of a coming of age “Dyle”, son of Sayyaf, who refuses to take over  father’s profession: an executioner. A love story develops between himself and Shama, the daughter of a popular artist as they mingle in between Saudi’s social codes and constraints.

Souad is Egypt’s entry to the festival. The film recounts a story that many of us can surely relate to. Souad, a nineteen-year-old girl, leads a double life. In front of her family, she is a conservative and veiled girl, but lives another lifestyle online.

Europa marks the third feature by Iraqi-Italian filmmaker Rashid Haider after Tangled Up In Blue and It’s About To Train. Haider wrote the script with Sonia Giannetto and produces it under his Radical Plans banner, in association with Kuwait’s Beyond Dreams and Italy’s Fair Play.  Europa is the harrowing tale of a young Iraqi man (played by UK-Libyan actor Adam Ali) who has escaped Iraq for Europe. At the line of Turkey and Bulgaria, neighbourhood mercenaries are mercilessly chasing down migrants. Alone in the woodland, Kamal has three days to get away.

Starring Palestinian duo, Ali Suleiman and Tara Aboud, the Royal Film Commission of Jordan chose Mohammed Diab’s Amira as their entry for Best International Film. The feature delves into an unfortunately common practice as it recounts the tale of Amira, a 17 year old Palestinian girl, who was conceived with the smuggled sperm of her imprisoned father, Nawar. Attempting to conceive another child, they discover that Nawar is in fact infertile and the whole world feels like it is crumbling in the eyes of the young teenager.

Anas, a retired rapper, decides to put his experience and time into a cultural centre in a popular quarter in Casablanca. He now helps younger generations express themselves in an untraditional way, through Rhythm and Poetry.

The feature focuses on one of the bleakest moments in Arab history as it recounts the tale of the Guelma massacre which took place at the dawn of the end of the Second World War. As Algerians start celebrating France’s liberation and triumph, they slowly expect their independence to be enacted but instead are met with harsh repression by French authorities.