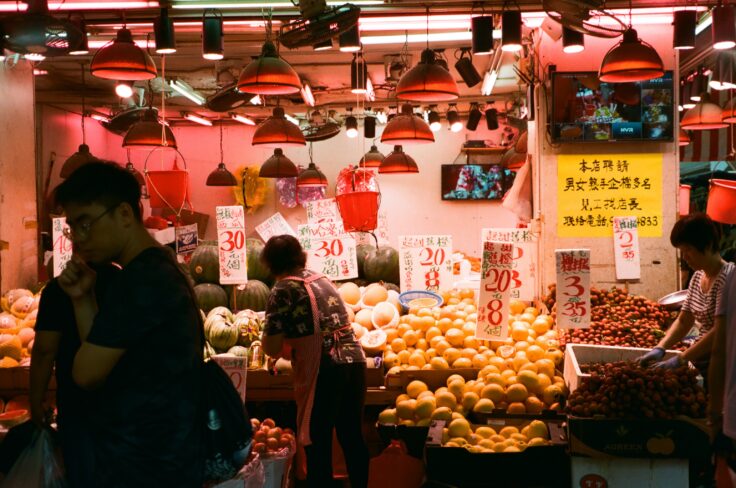 A Local’s Guide to Hong Kong

The ultimate insider’s guide to the everchanging Asian city

“Hong Kong of the 90s was wild and loud. The neon lights and markets of Causeway Bay and Wan Chai are perpetually seared into my mind,” she says, “my favourite memories are of me sitting in the double-decker buses, watching out for trams as they buzzed by, and picking up fresh juice and street food almost everywhere,” she adds, fondly reminiscing. 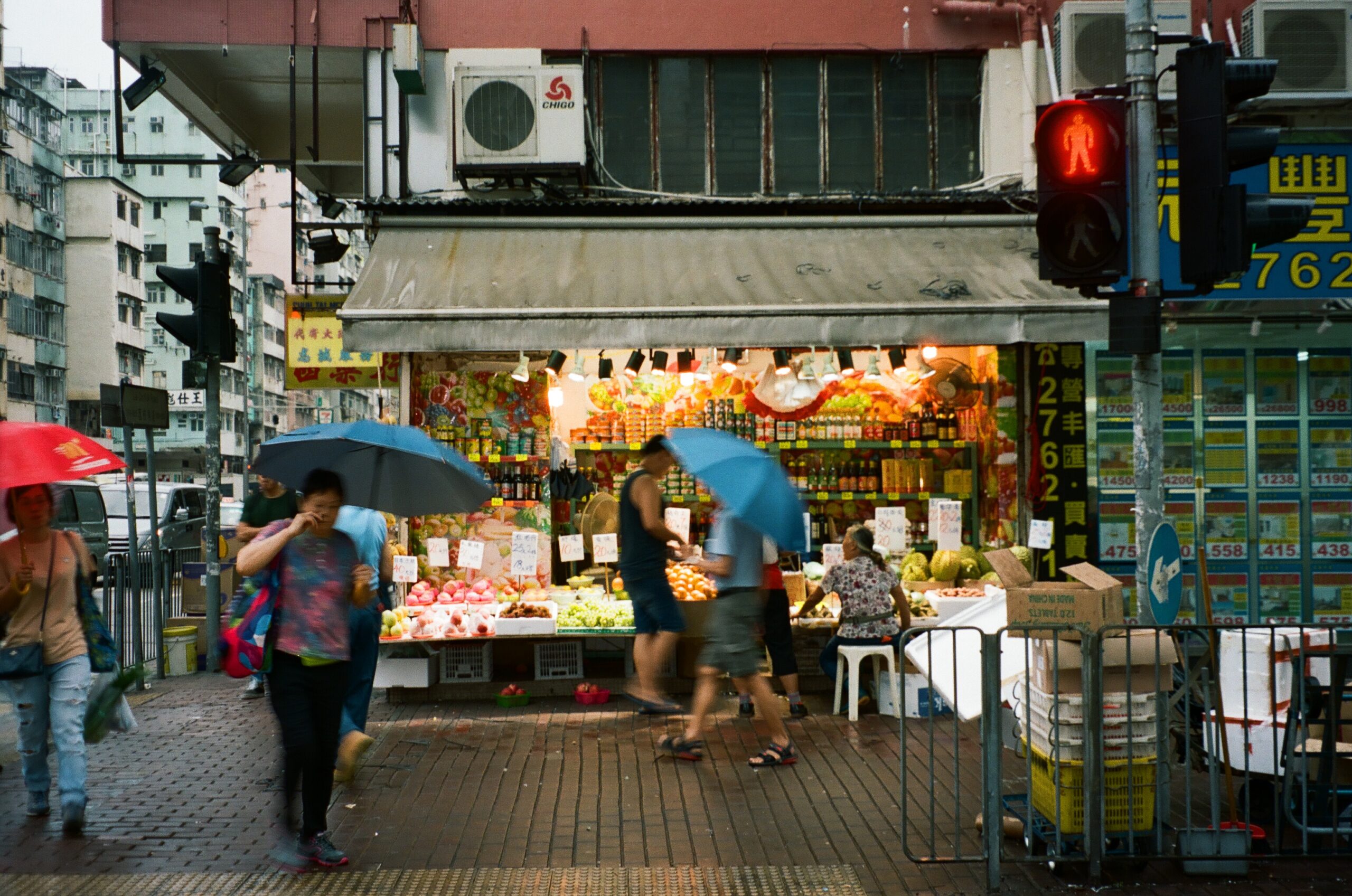 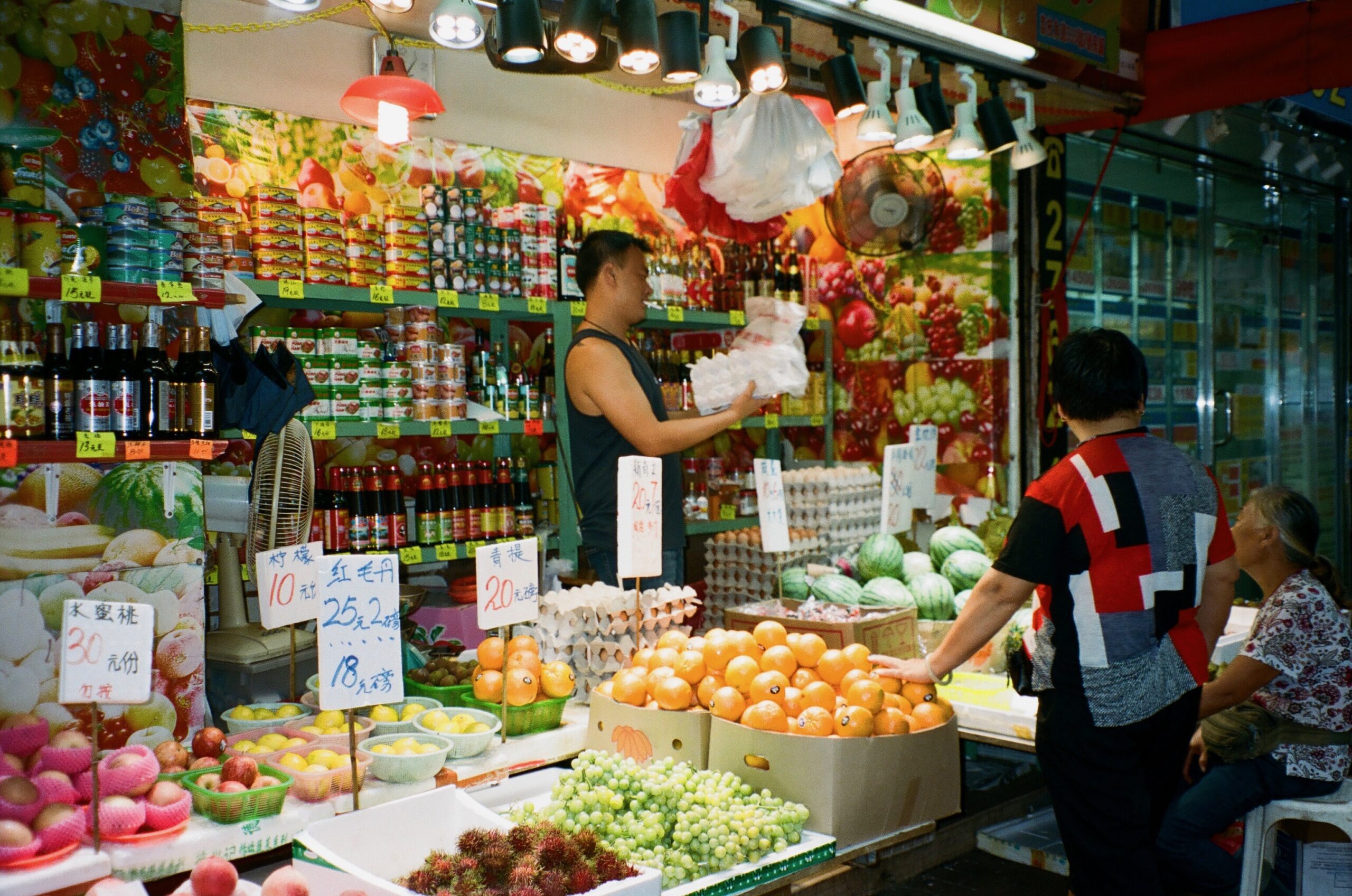 Over the years since Johnson slept in her grandparent’s living room in the laid-back neighbourhood of Tin Hau, Hong Kong has seen immense change, marked by the handover in 1997 that brought an end to Britain’s century-old lease on the city.

“It’s forever bustling and impressive” Johnson says, “like London or New York, you can live there for ten years and wonder how time passed so quickly.”

The 29-year-old photographer who left life in Asia two years ago to wander and document the streets of Tunisia, has since decided to return to her native city and capture its many vibrant corners with her mother’s old camera along the way. We caught up with Johnson in the midst of her trip to tell us her favourite things to do, the best places to grab a bite, and even where to score the best (halal) dim sum.

Get a taste of old Hong Kong in Sham Shui 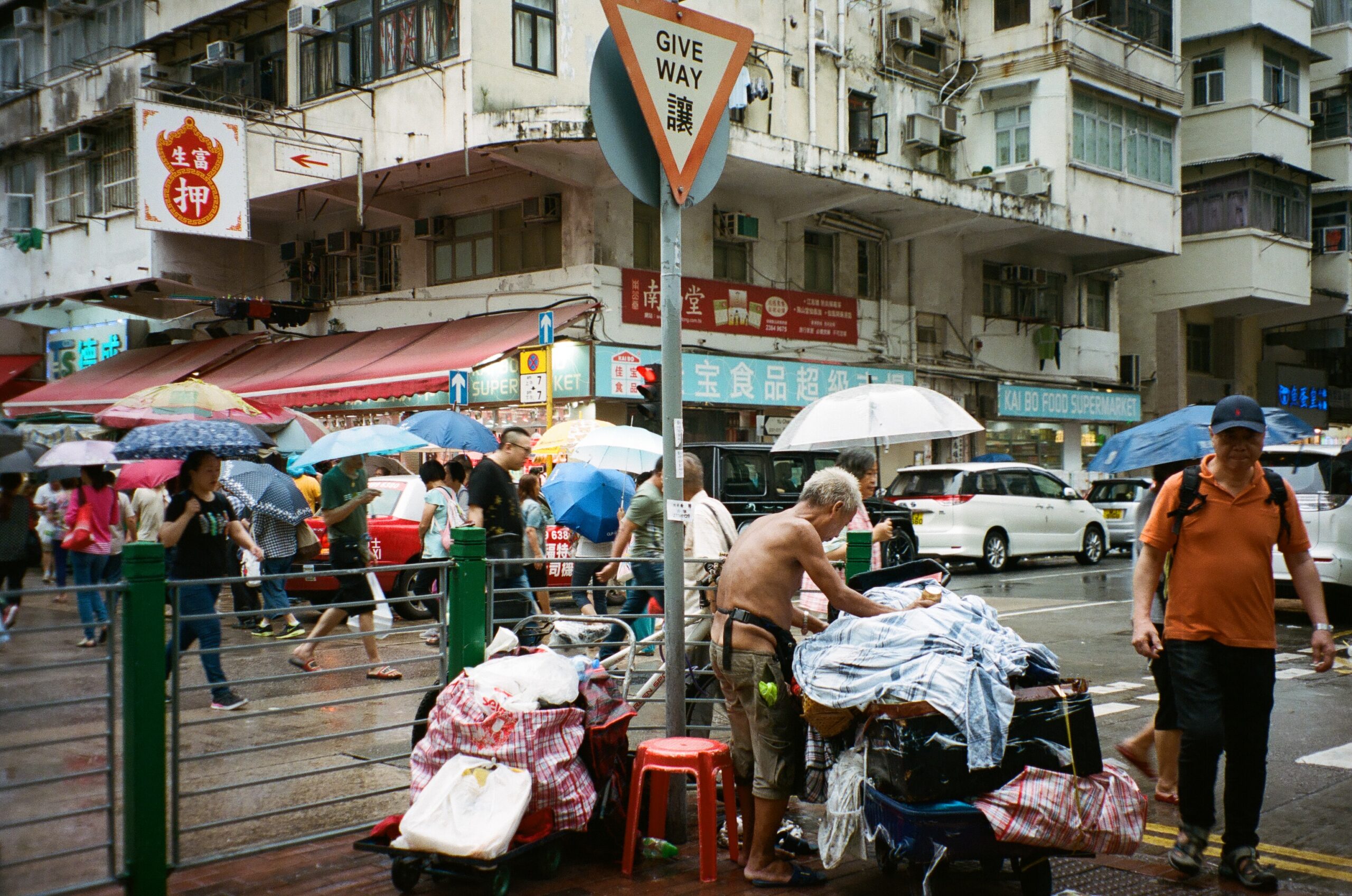 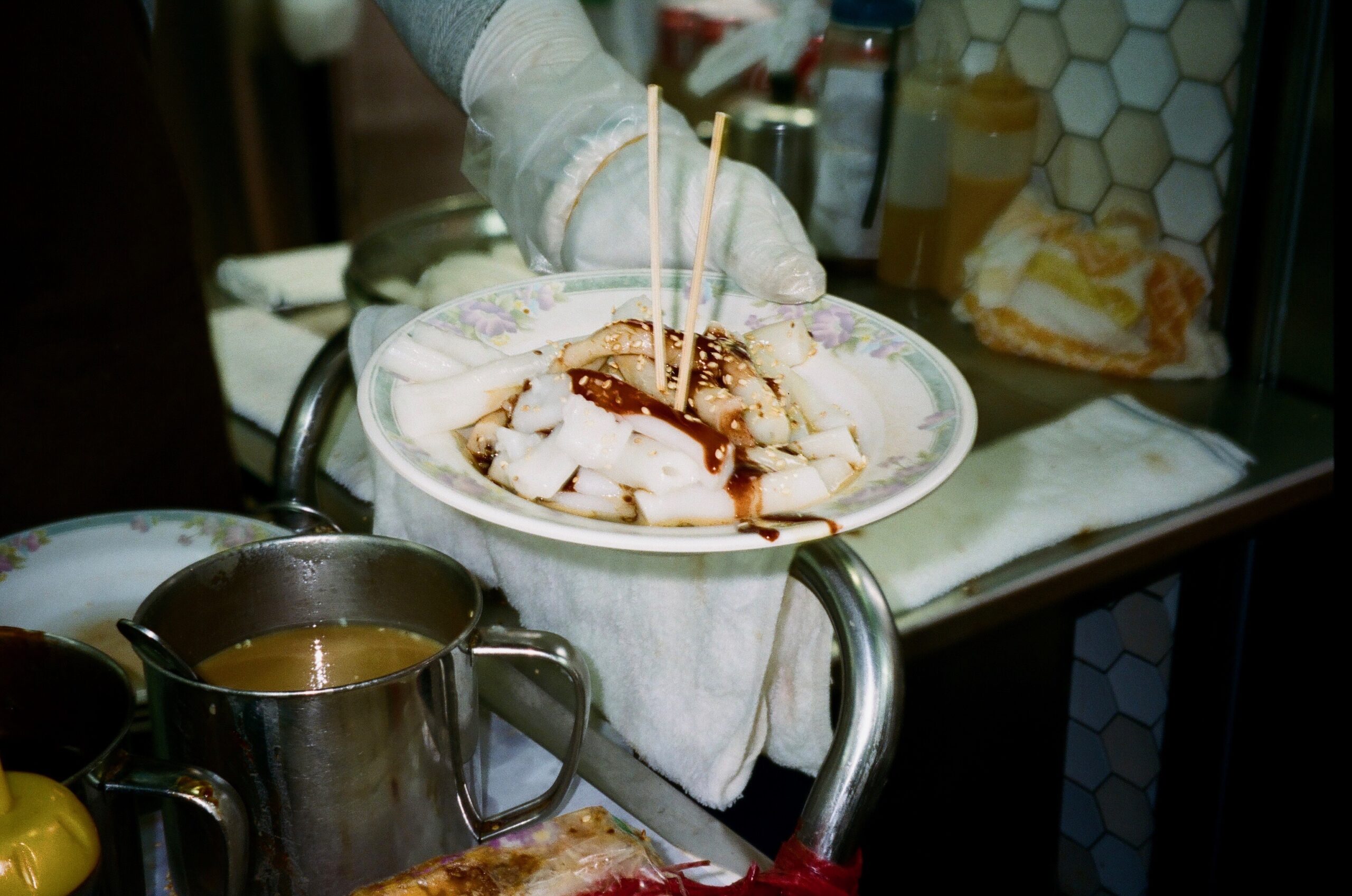 Neighborhoods are moving and shifting so quickly as more places cater to expats (Soho House is opening soon, just to give you an idea). I prefer the neighbourhood Sham Shui Po because of its colors, textures, and sounds. It reminds me of the Hong Kong made famous by Wong Kar Wai films like Chungking Express and In the Mood for Love. The markets spill into the roads. Visit the Yen Chow Fabric Market while you have the chance. It’s been around for over 40 years but it’s closing soon as the space is being converted into residential buildings. And the food is about as real as it gets. Try cheung fun (rice rolls) at Hop Yik Tai (it’s street food so you eat in the alleyway) and fresh tofu pudding at Kung Wo Beancurd Factory. 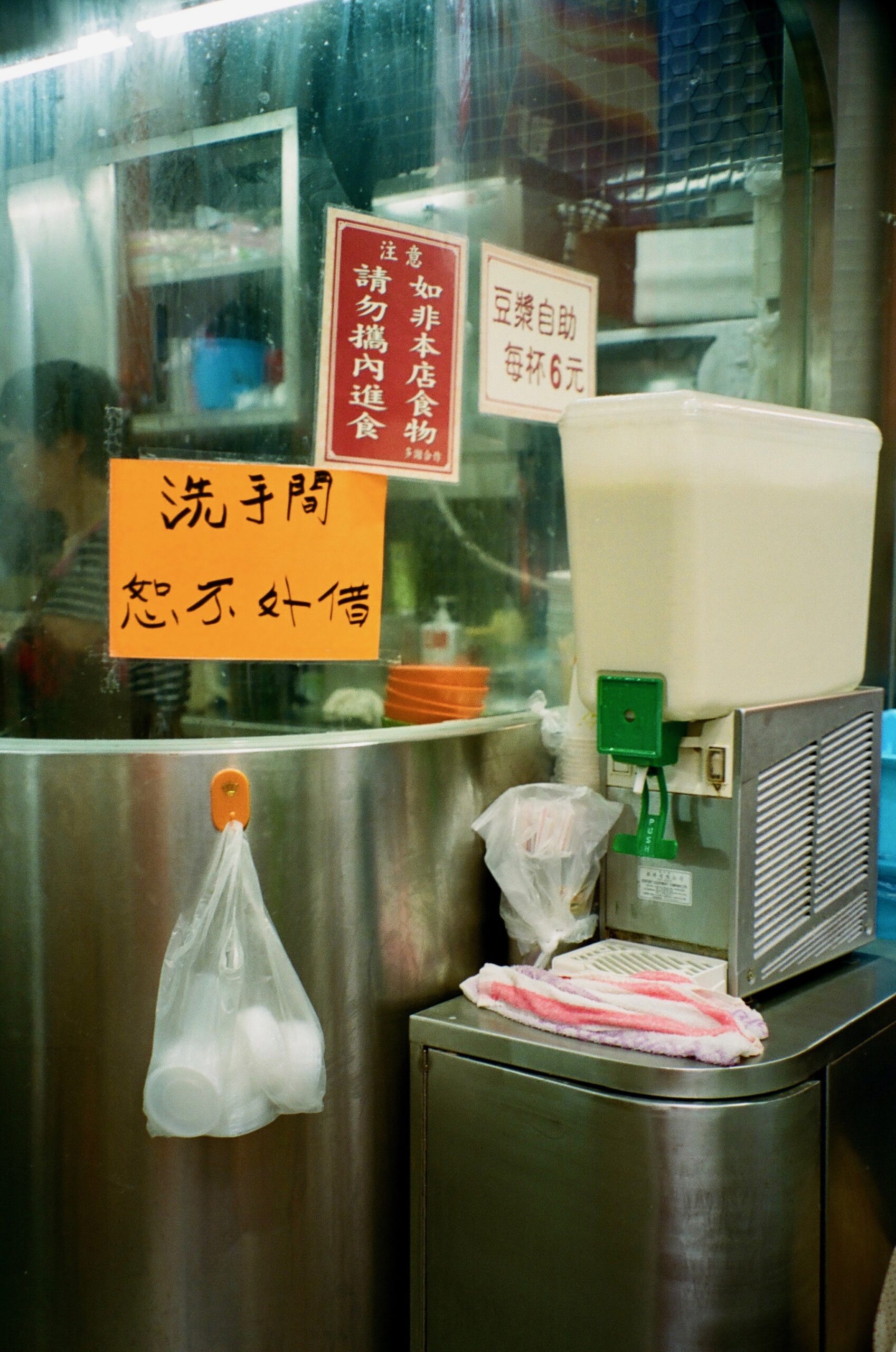 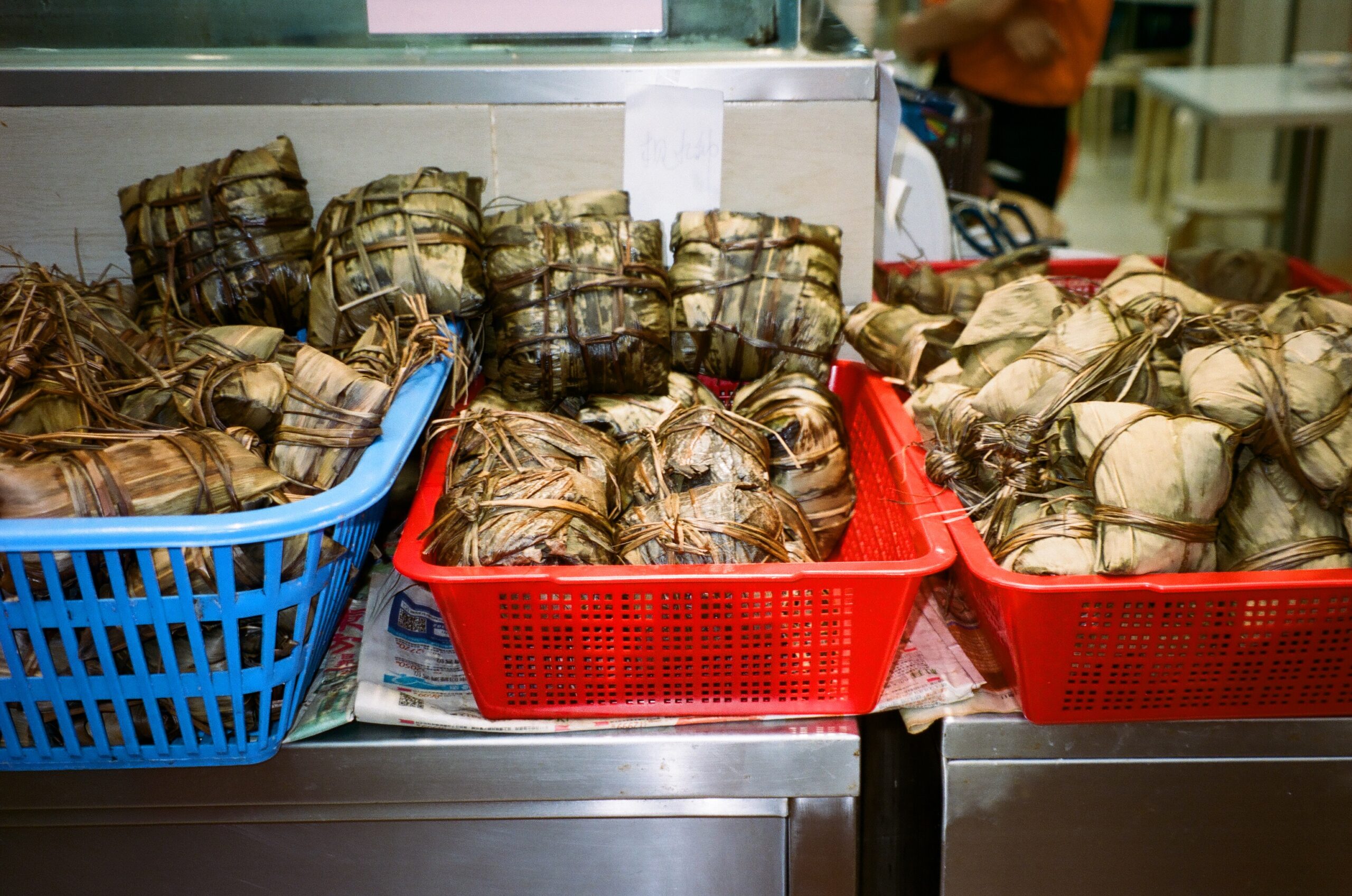 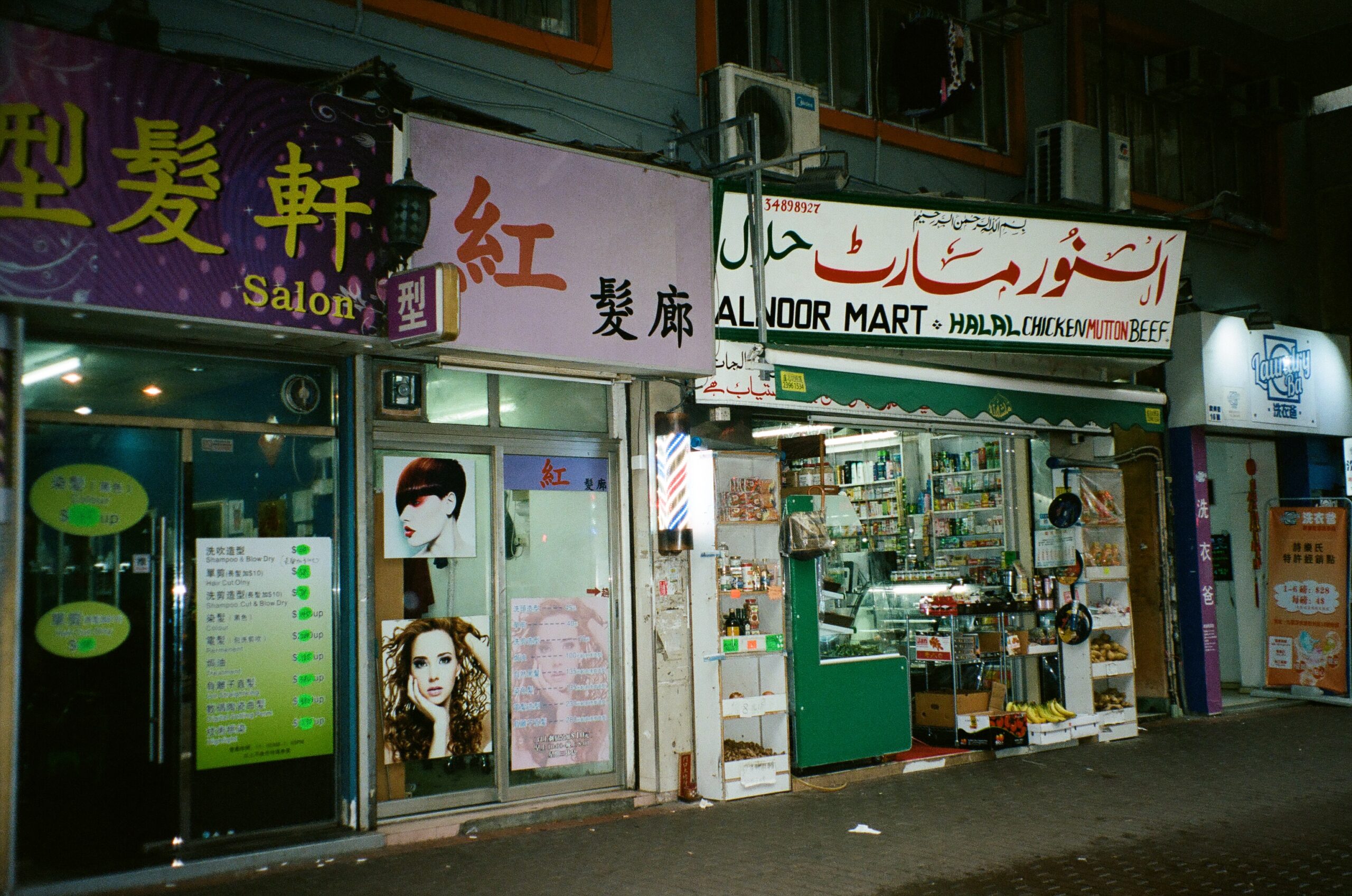 If you’re in Hong Kong, having dim sum is a must. Dim sum (also called yum cha) is essentially Cantonese brunch; you can enjoy a variety of small dishes that are presented in steamer baskets, wrapped in lotus leaves, fried, or drenched in juices or sauces. The dish was first served as a snack for Silk Road travellers, during a time when Arab-Chinese trade was flourishing. But now it’s a regionally specific meal enjoyed with family and friends. Luk Yu Tea House has always been a favorite. Lin Heung is great if you’re looking a wilder setting. And Fook Lam Moon is perfect for a more refined yum cha experience. Finding halal options isn’t easy in the city but Hong Kong Islamic Center Centeen is the place to go. The food is delicious and all pork dishes are replaced by either chicken or beef. 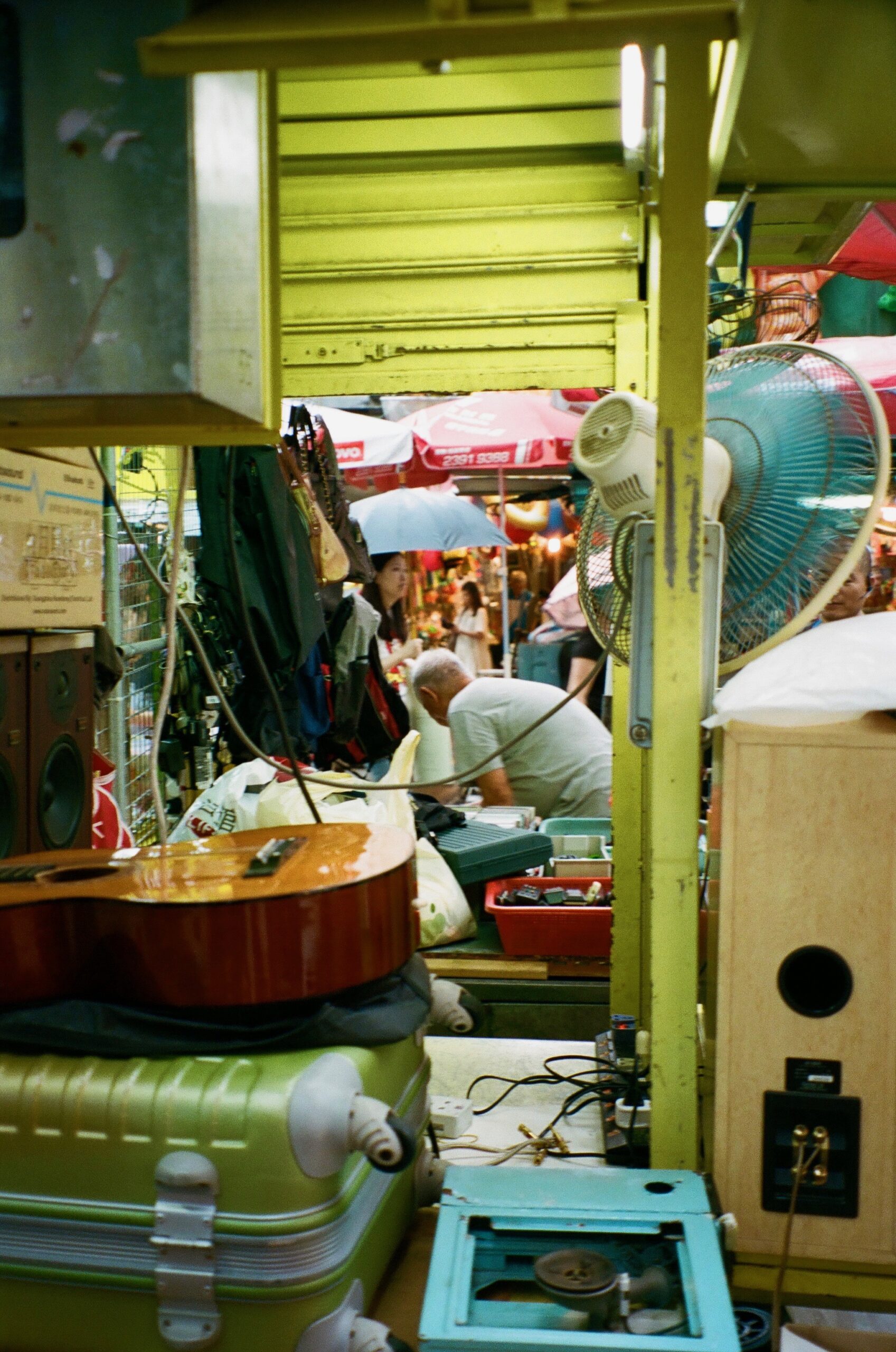 Dinner and drinks at Yardbird

For dinner, I love Yardbird. It’s a modern take on Japanese yakitori in a laid-back, simple setting. The bar staff are super fun (and generous with sake pouring). Be sure to try their signature chicken meatballs dipped in egg yolk. The maitake mushroom tempura, Korean friend cauliflower, and the seared yellowtail salad are also worth a try. Order the Okinawa Express, a shochu-pineapple cocktail, while you’re waiting for a table.

Go on a ferry ride to Peng Chau 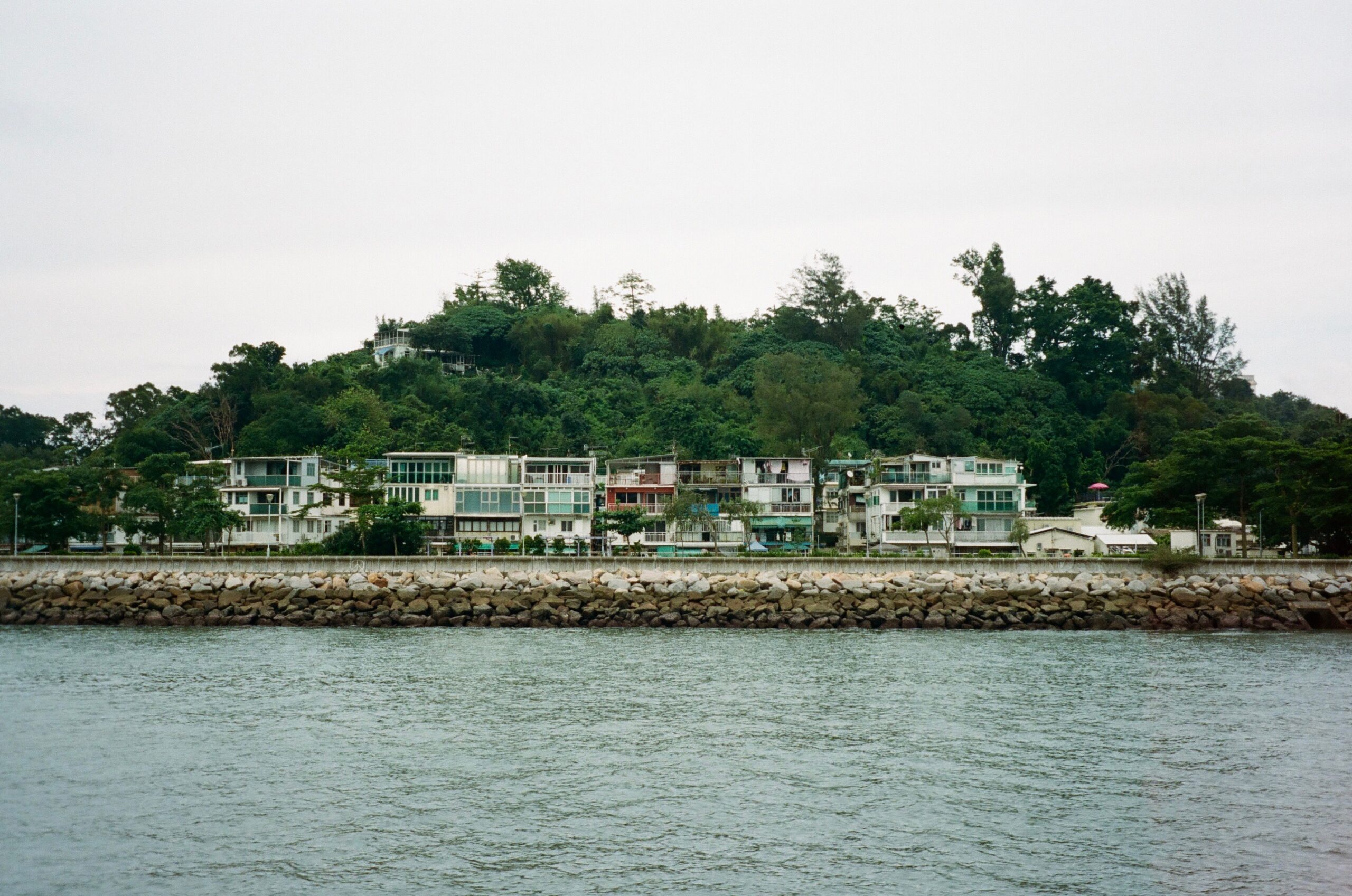 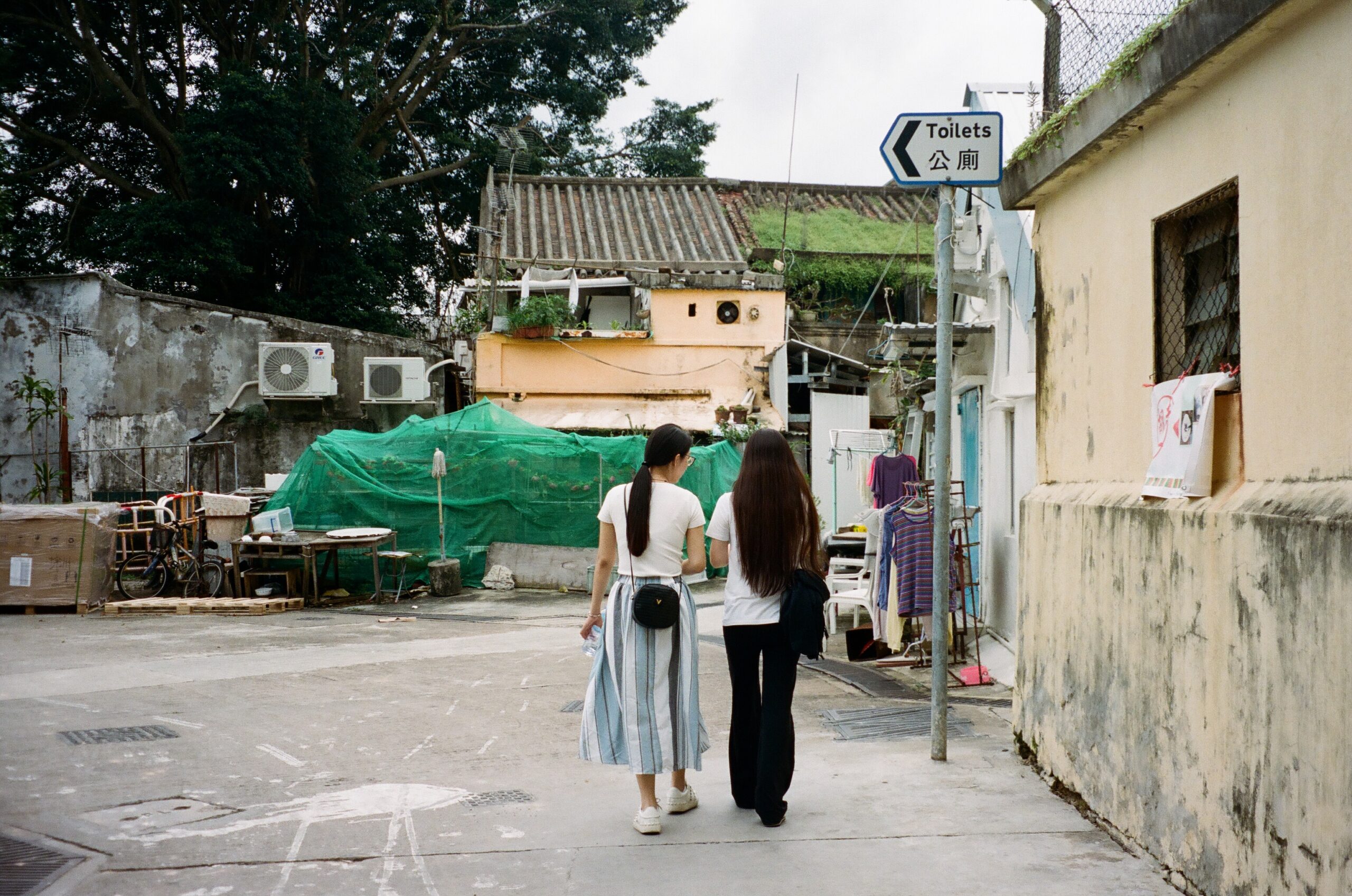 Some of the most charming parts of Hong Kong are off of the main island, so I love taking the ferries out to outlying areas. The popular Star Ferry transports people from Central to TST, but other ferries go to smaller islands that are far less frequented by tourists. Peng Chau is best for a day trip. There’s a plethora of fresh seafood, a hike on the far side of the island, and be sure to stop by Chiu Lee Porcelain Factory as well. It’s one of the last remaining places in Hong Kong where you can buy hand-painted Cantonese ceramics; Nam Kee, who took over the business after her late husband passed, is an incredible artist. 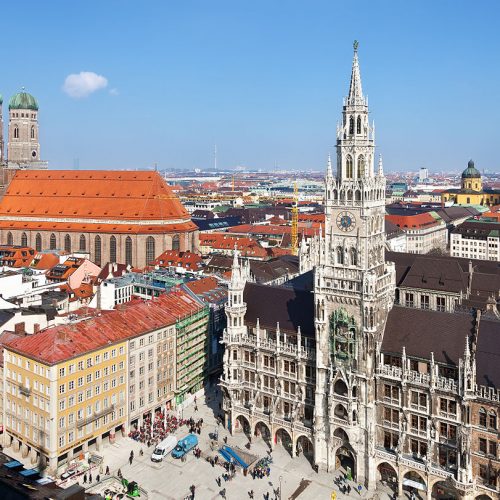 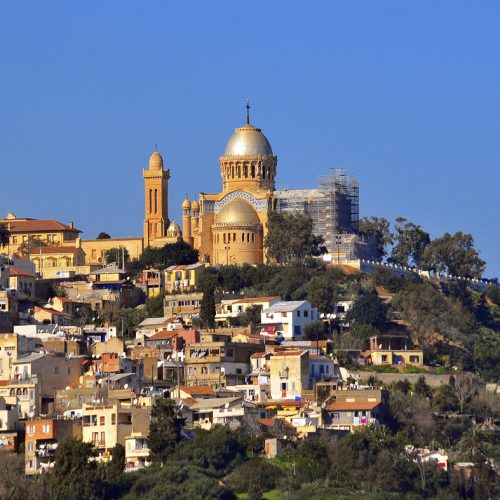 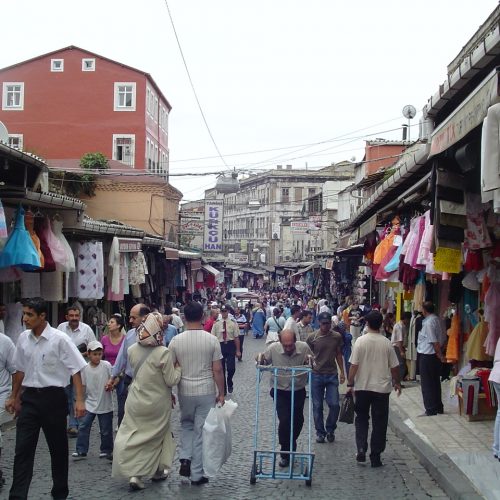 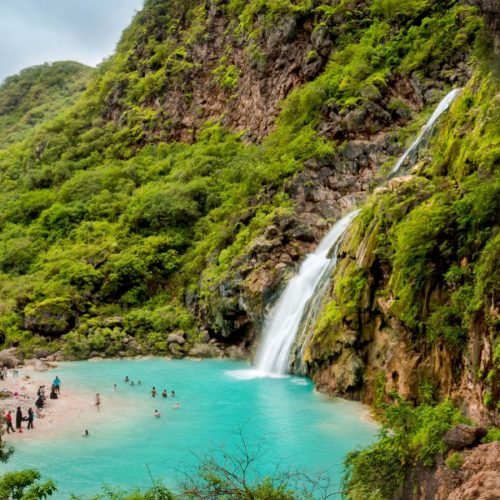