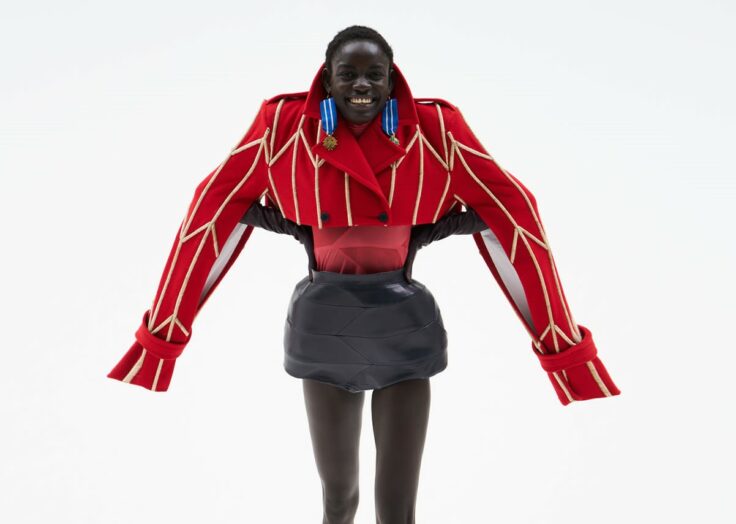 Born Between Two, Abdel El Tayeb Built a Nation of His Own

Meet the designer carving a new path for Sudanese fashion

Like most multi-nationals, Sudanese-born, French-raised designer Abdel El Tayeb had his fair share of identity crises. But he’s eager to redefine the meaning of home, and his latest collection does exactly that.

“This collection addresses the lack of identification that people from African descendance can feel while living in European societies,” he says. “It’s called ‘My Nation Bears Your Name’. It is the culmination of eight years of study, in a dialogue between Sudan and Europe.” 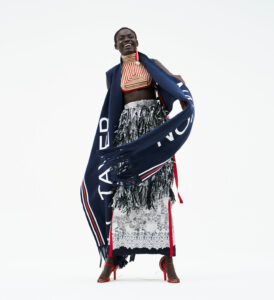 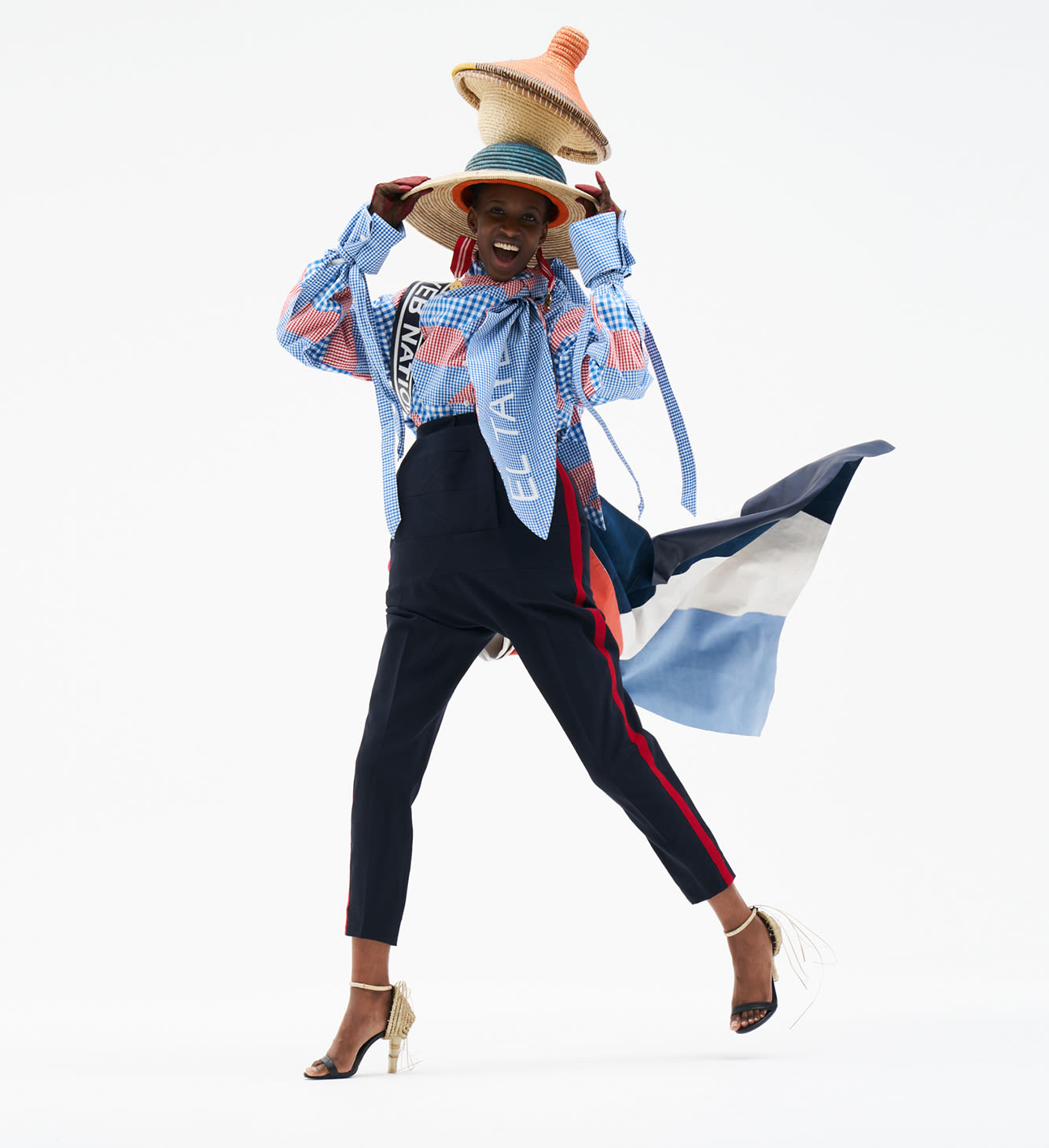 While studying textile design at Olivier de Serres school in Paris, El Tayeb discovered his love for textiles and handicrafts. From knitting and weaving to shibori dyeing, he’s done it all. But that wasn’t enough. He wanted to apply textile design to a particular narrative, leading him to La Cambre Mode/s/ in Brussels to study fashion.

That was followed by stints at Margiela and Ann Demeulemeester, and soon, Bottega Veneta—and he’s just getting started. El Tayeb is determined to bring his Sudanese heritage to the fashion industry. If his win of 254 Forest Prize in 2020, is of any indication, he’s well on his way. Not to mention his run for Fashion Trust Arabia 2021’s Franca Sozzani Debut Talent Award. 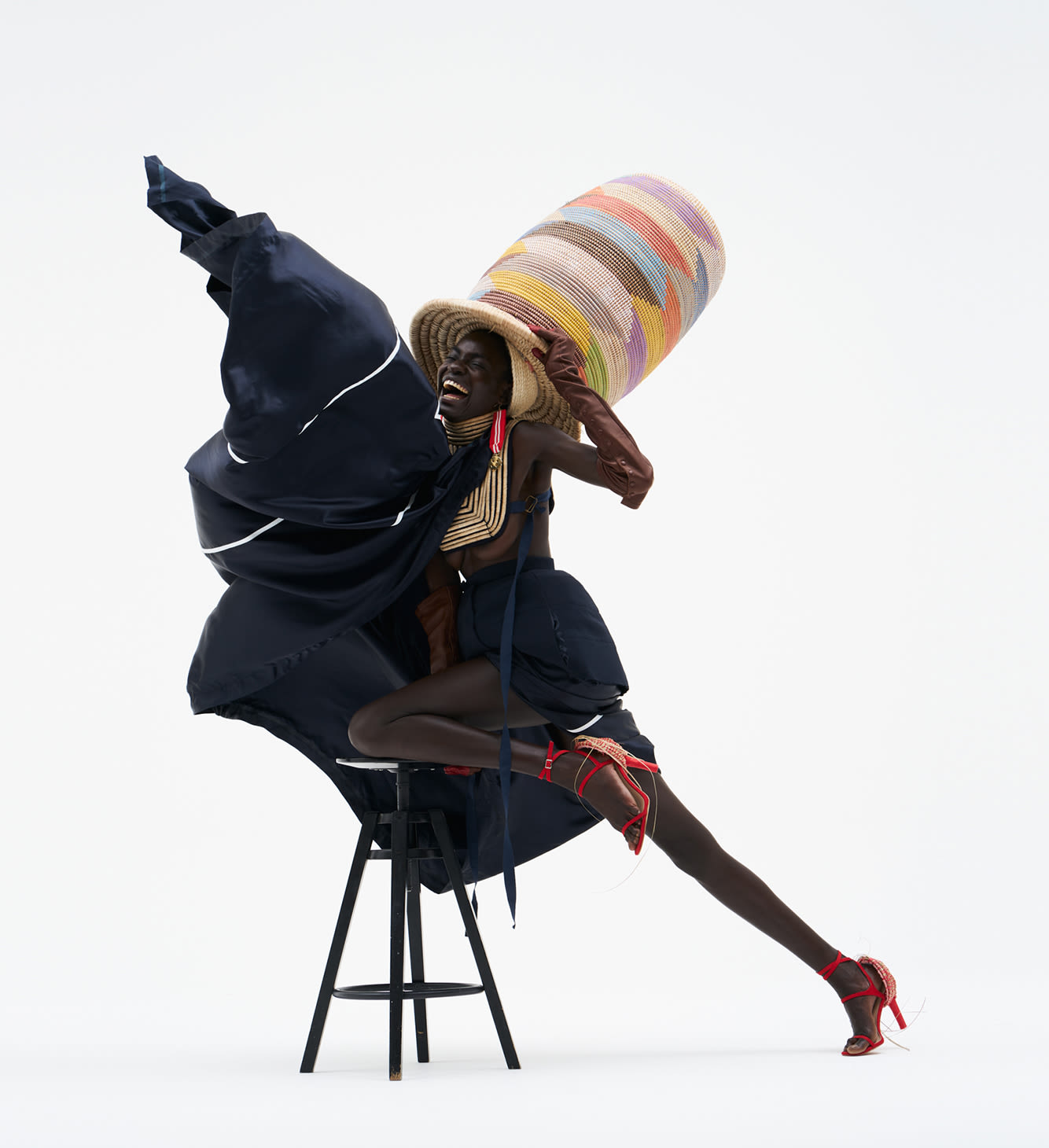 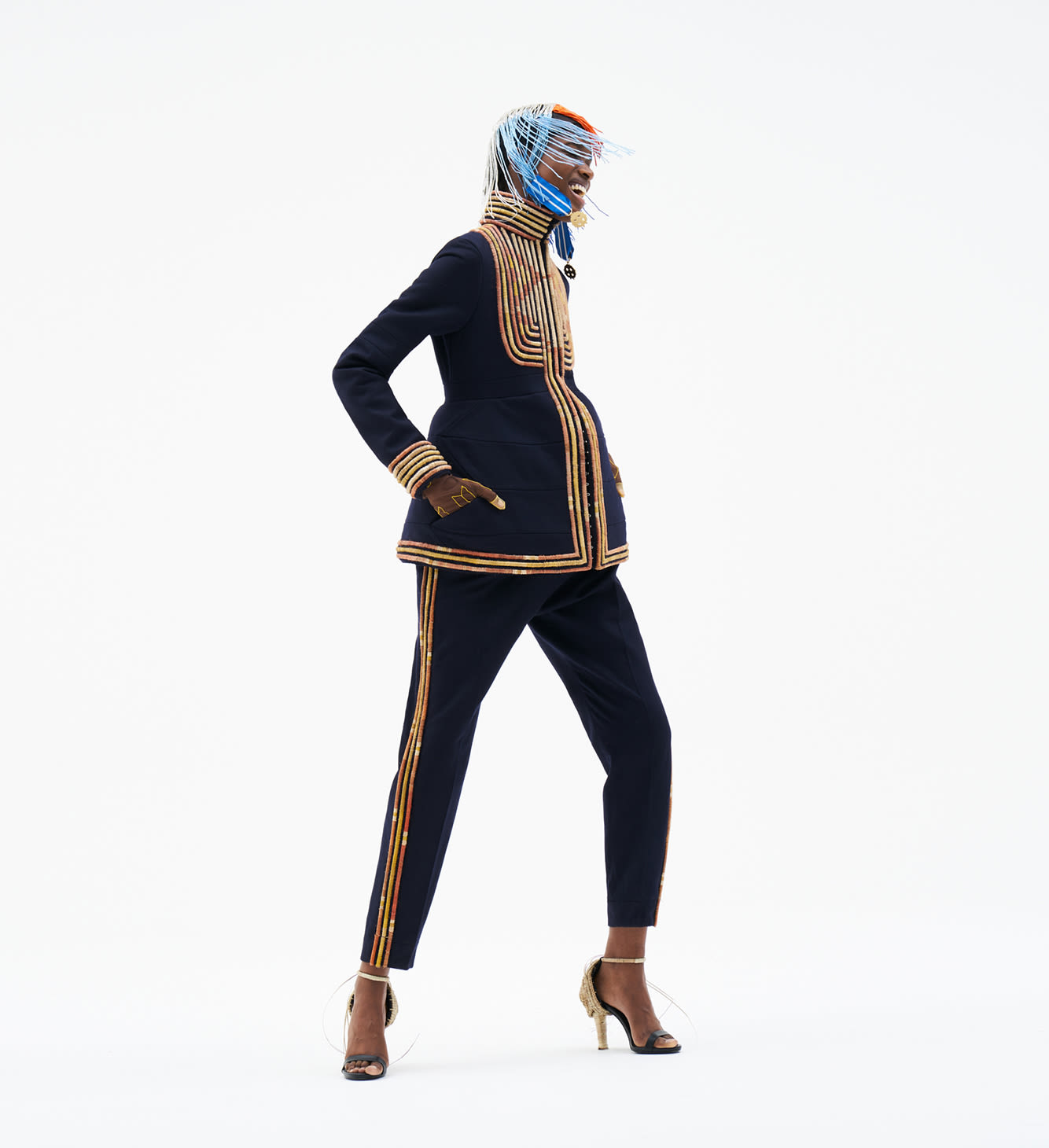 “Fashion allows me to address issues like cultural identity, the meaning of home in a world of globalization and the role of Black people in Europe, all through merging Arab-African heritage and craftsmanship with western fashion,” he explains.

Between summer holidays in Sudan and listening to classics like Mohammed Wardi and Umm Kulthum, El Tayeb remained true to his Arab-African identity despite growing up in Bordeaux, France. Naturally, his Sudanese heritage bled into his creations, drawing inspiration from his childhood memories and family anecdotes. 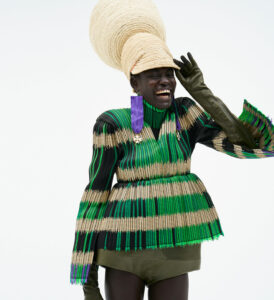 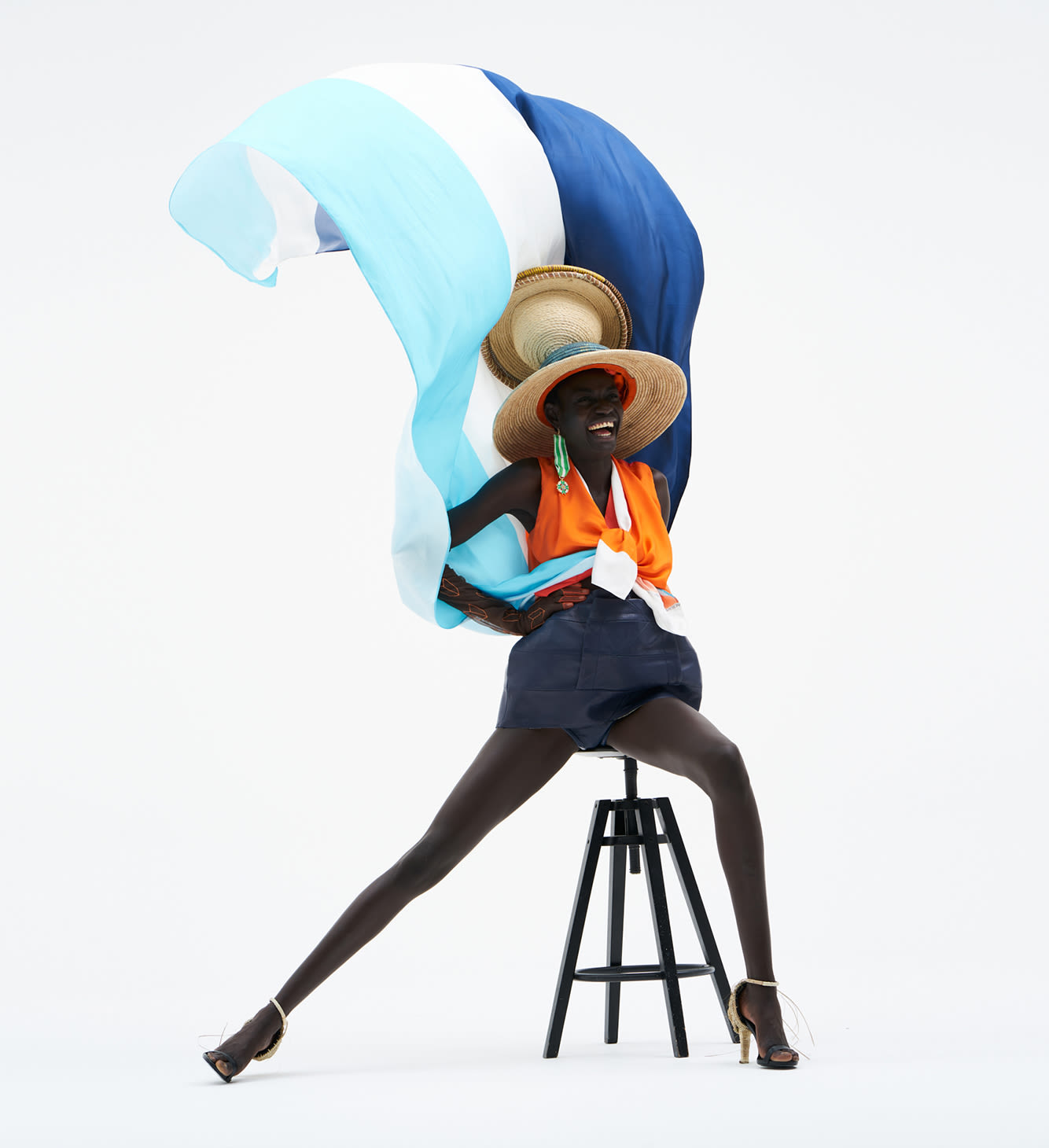 “I remember being amazed by wedding ceremonies in Sudan. As a kid I was allowed to assist with every step, including exclusively female ceremonies. Women were getting ready by perfuming their outfits with incense and adorning their hands and feet with henna,” he recalls.

The richness of colors and fabrics, notes of gold and the joy in dance ceremonies were inevitably a source of inspiration. “My mother is my first muse. Her color sense and fabric choices when she wears the thobe is just amazing!” he adds. 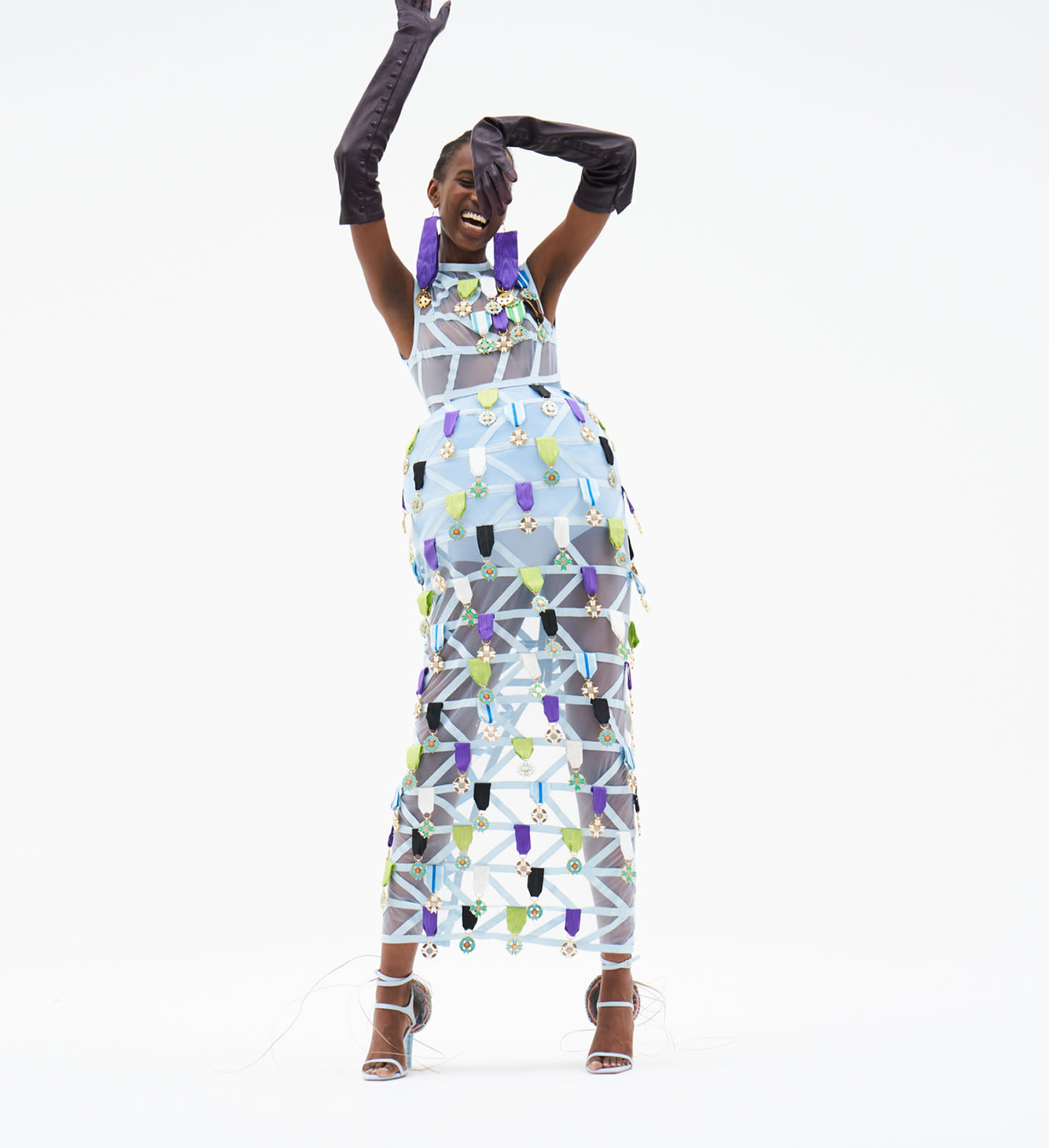 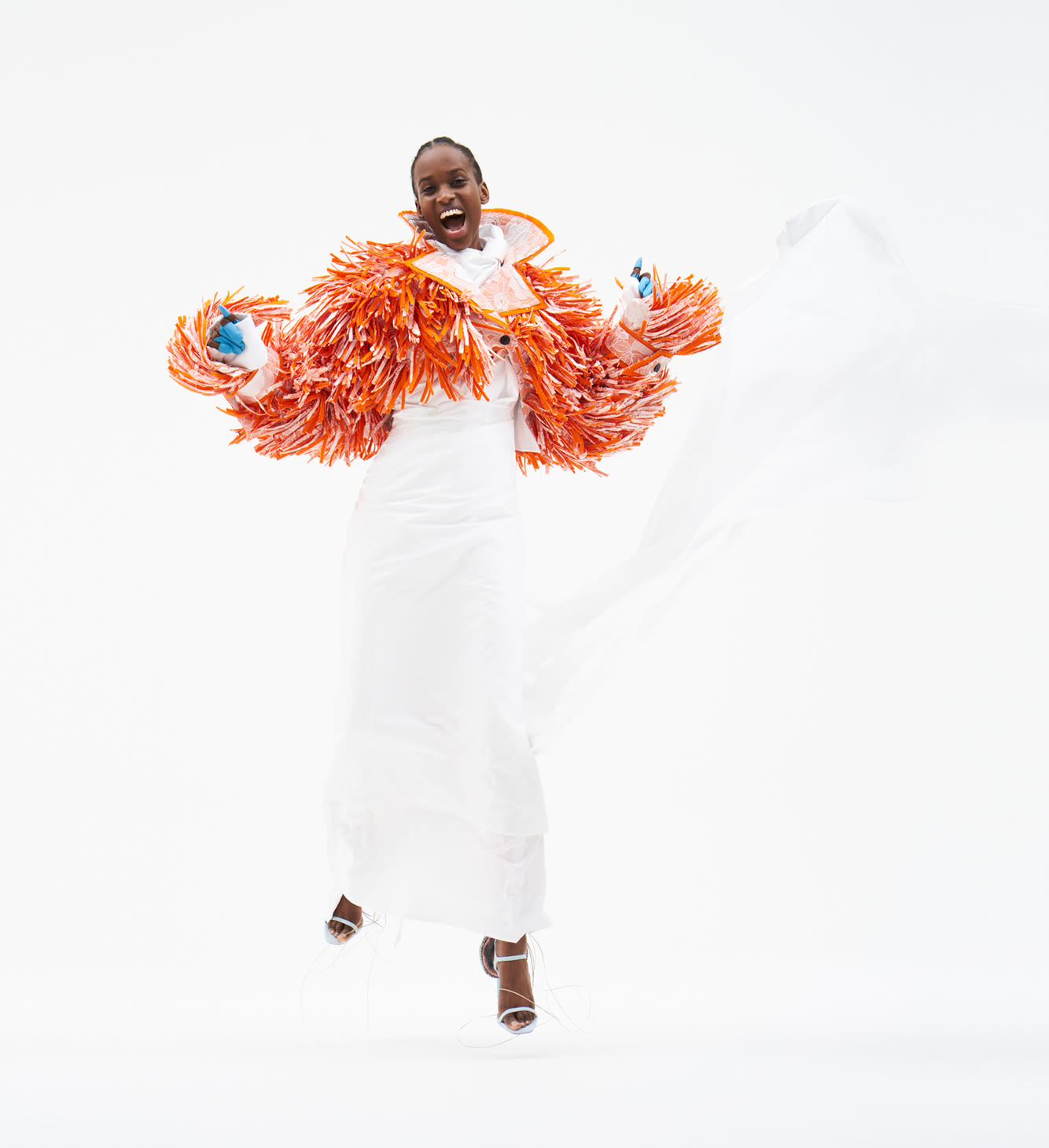 His graduate collection ‘My Nation Bears Your Name’ sees models waving an iteration of the Sudanese flag, a moment reminiscent of opening ceremonies at the Olympic games. Like his idols Azzedine Alaïa and Thierry Mugler, El Tayeb loves to play with proportions and sculpted silhouettes. He took to honor traditional palm-leaves baskets from his home country by creating his ‘archetypal body’ around the silhouette of the baskets.

“I was inspired by Alberto Giacometti’s ‘Spoon Woman’, the sculptural aspect is therefore present, with a notion of fertility, of a mother country transmitting its culture to her child,” he explains. 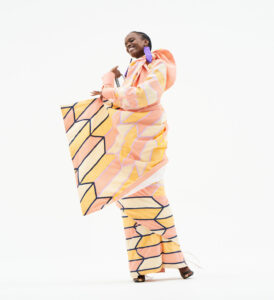 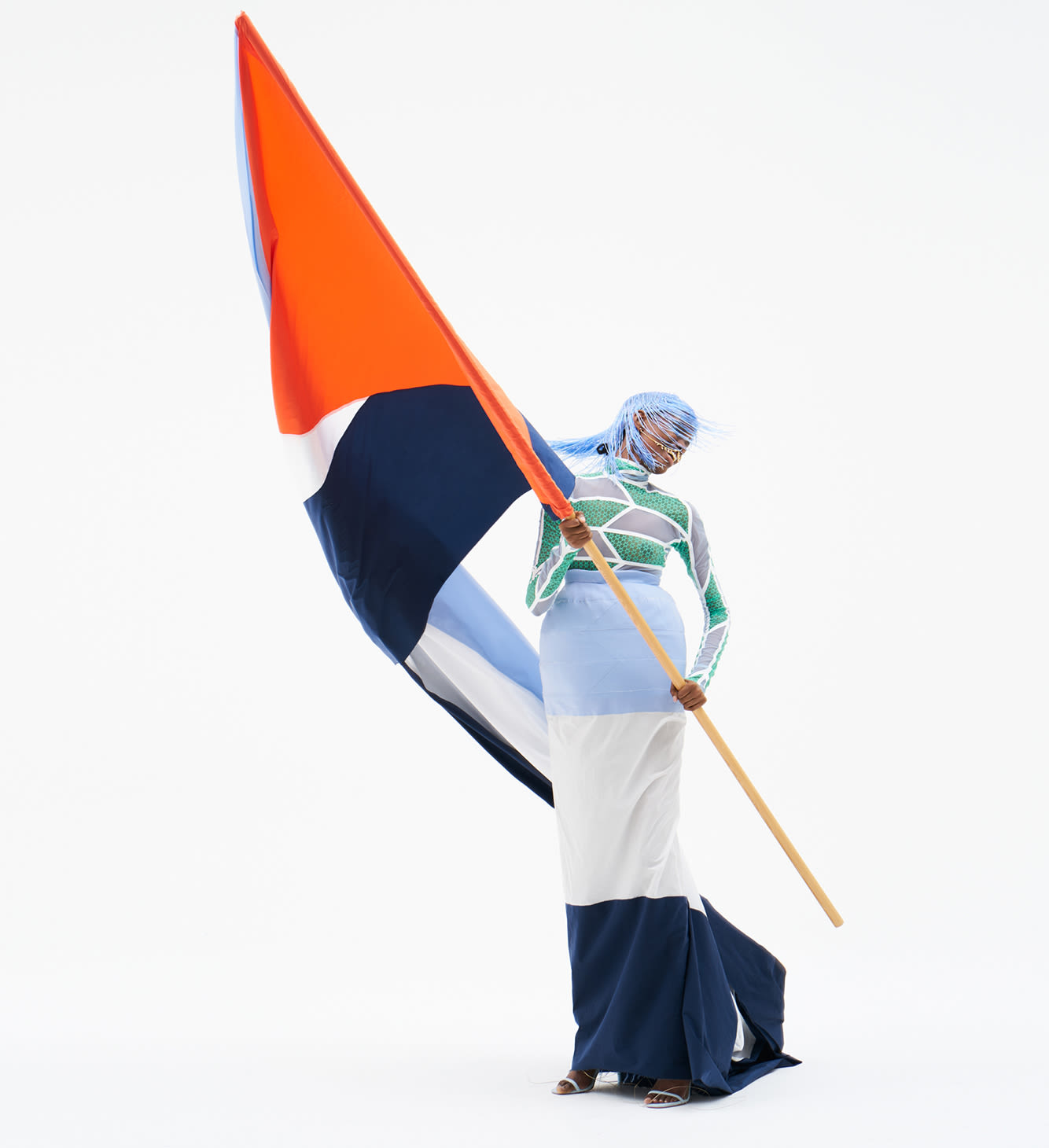 Alongside using natural fabrics like wool gabardine, navy loden and cotton popeline, El Tayeb incorporated the techniques of basketry—consisting of weaving dry palm leaves—which he learned with his grandmother’s cousin in Sudan, into embroidery and ornaments seen throughout the collection.

“This technique is a real savoir faire and ancestral treasure from Sudan. However, the weight of globalization in the country has contributed to the erasure of craftsmen and artisans. As a result, the techniques are no longer transmitted and tend to be lost,” he added.