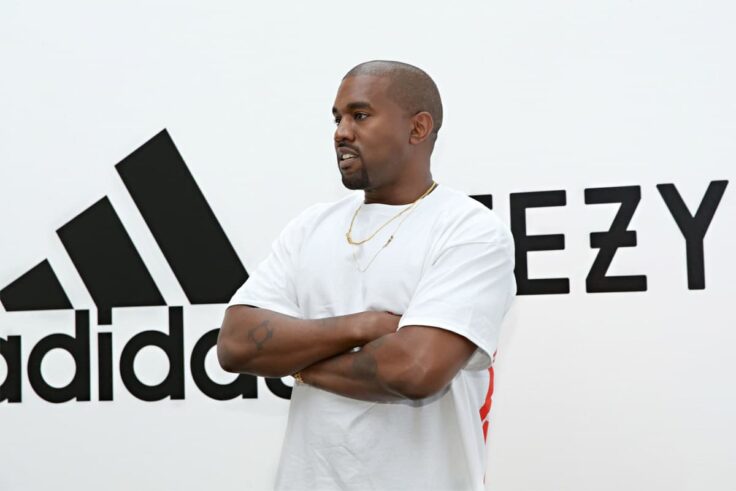 The company cut ties with the rapper over his antisemitic remarks

Adidas has officially ended its partnership with Yeezy. The sportswear giant made the decision two-weeks after the artist formerly known as Kanye West made antisemitic remarks, and amid mounting public and internal pressure to cut its lucrative ties to Ye.

“Adidas does not tolerate anti-Semitism and any other sort of hate speech,” the company said via a statement released on Tuesday. “Ye’s recent comments and actions have been unacceptable, hateful, and dangerous, and they violate the company’s values of diversity and inclusion, mutual respect, and fairness.”

Celebrities and others on social media have been urging Adidas to act, following West’s hugely controversial statements, in which he Tweeted that he would go “Death Con 3” on Jewish people. The antisemitic remarks were among a string of highly-problematic behaviors, including the rapper’s hugely controversial Paris Fashion Week show where he wore a T-shirt emblazoned with the words “White Lives Matter.”

The athletic brand’s statement came just hours after Sarah Camhi, a senior employee at Adidas took a stand against antisemitism via a lengthy text, in which she wrote “As a member of the Jewish community I can no longer stay silent on behalf of the brand that employs me. Not saying anything, is saying everything… We have dropped Adidas athletes for using steroids and being difficult to work with but are unwilling to denounce hate speech, the perpetuation of dangerous stereotypes, and blatant racism by one of our top brand partners… Until Adidas takes a stand, I will not stand with Adidas.”

Adidas announced earlier this month that it was putting its own tie-up with Kanye “under review.”

It is the latest in a long line of brands and personalities to distance themselves from the Grammy-award winning artist. Just last week, it was announced that Balenciaga no longer has any relationship nor any plans for future projects related to West. The brand quietly removed all mentions of the artist from its site – including its Yeezy Gap Engineered by Balenciaga line, which has been pulled from virtually every online retailer that previously carried it.

This week, it was also reported that Vogue Editor-in-Chief Anna Wintour severed ties with West due to his antisemitic comments, which he doubled and tripled down on in appearances on Drink Champs and Fox News.