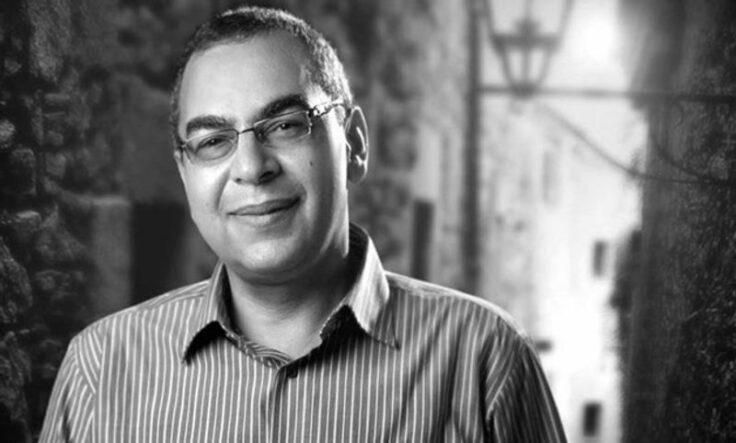 You have probably read (or watched) Stephen King’s iconic stories. The globally-adored author is the official king of horror and suspense. So it’s time you get to know Ahmed Khaled Tawfik: his Arab counterpart. The late Egyptian author is behind some of the Arab world’s biggest (and arguably, best) paranormal books having sold more than 15 million copies.

And while Stephen King is said to have written 94 books, Tawfik has over 500 novels under his belt. But King’s unmatched fame grew with each of his books having been adapted into major feature films and TV series. And now it looks like Tawfik is on his way there too. Netflix’s upcoming Arabic original series ‘Paranormal’ is based on various characters in Tawfik’s books.

Tawfik was the first author of his kind in the Arab world, and he’s the pioneering figure behind a new ever-expanding genre, Arab sci-fi. While churning out 20 books a year, Tawfik still managed to simultaneously carry out a career as a doctor.

According to an interview with The National, Tawfik’s foray into the genre came from his inability to read in English. “My English was not good enough to read horror literature, so I started writing it myself,” he said.

By the time he was 32, his work started getting published. Soon enough, he built a cult following, writing one of his most famous pieces of work, ‘Utopia’, which was set in the year 2023. The book has since been translated into five languages including English, French, Finnish, German, and Italian.

With his work serving as inspiration for the big screen, his upcoming Netflix series, which is set in 1960s Egypt, follows Dr. Refaat Ismail, who finds himself in the midst of a series of supernatural events.

The series will be directed by Amr Salama, the filmmaker behind the critically acclaimed feature film ‘Sheikh Jackson’, and is being produced by Mohamed Hefzy.