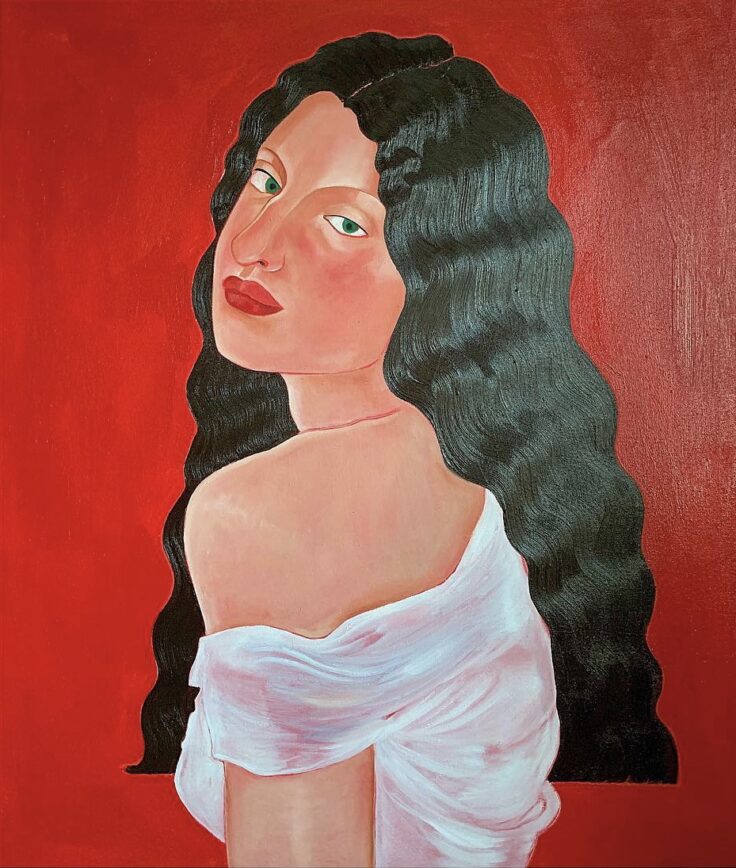 Aidha Badr On Why Art Shouldn’t Always be Political

“It’s my responsibility, as an artist, to create a visual landscape,” says Aidha Badr. At 23, the Kuwait-based artist has carved a lane of her own doing just that, making a name for herself as one of the rising stars in Kuwait’s flourishing creative scene.

The artist, who spent much of her childhood roaming the streets of Brooklyn, has come to be known for her red-splattered portraits, which more often than not feature women at the centre. In today’s political climate, with the #MeToo movement as alive as ever, onlookers often assume her work is inherently feminist. 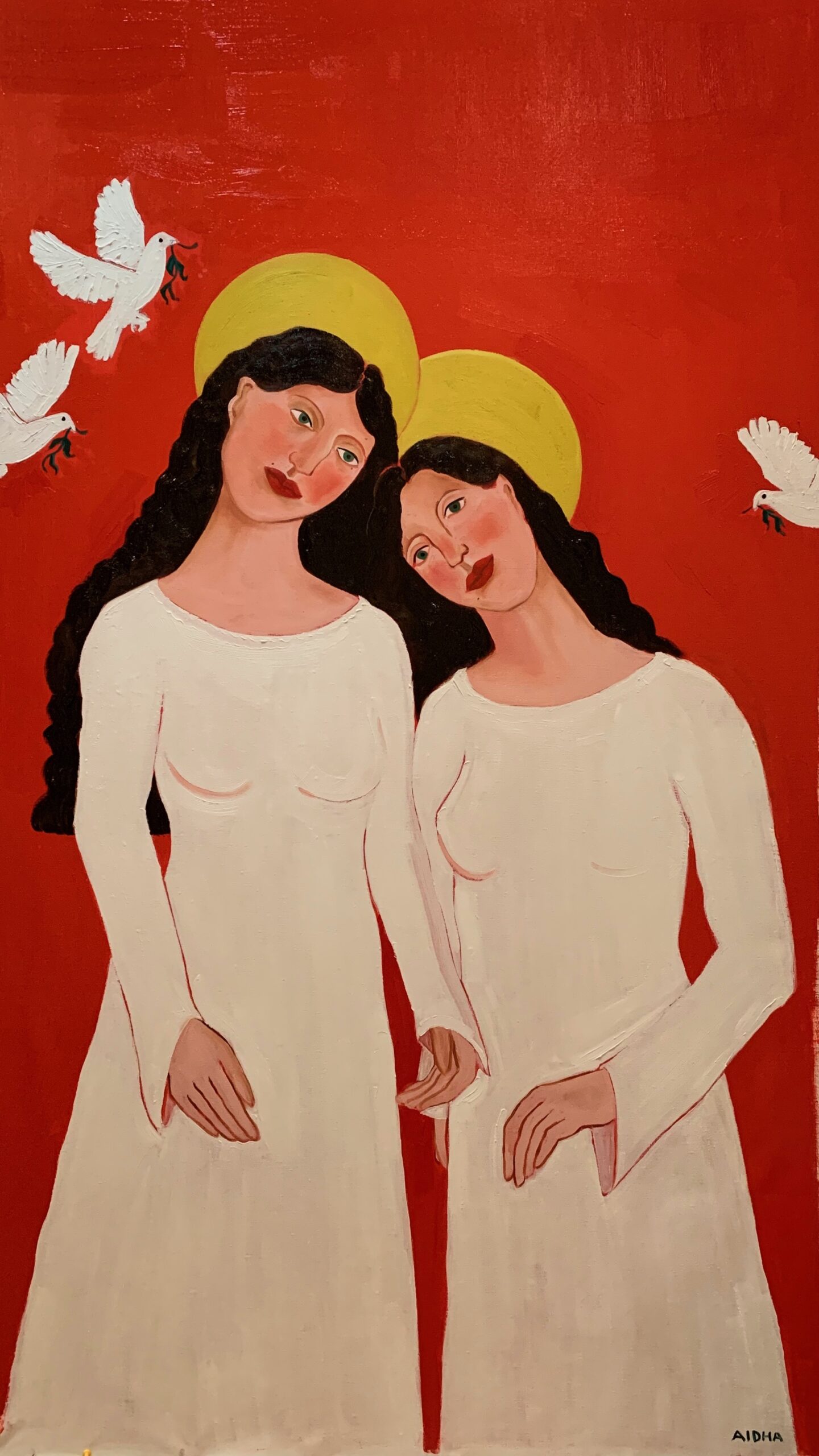 “It’s the viewer’s responsibility to assess it however they feel,” she adds, in response to whether or not she views her as a feminist statement. “I don’t believe my art portrays any of my political views, although I have been told they do fall under the umbrella of feminist art because of the inescapable gaze of the women I paint.”  Adding that her “paintings serve as an oration on the rightfulness of a woman’s existence, synthesizing the benevolent female authority here and after.” 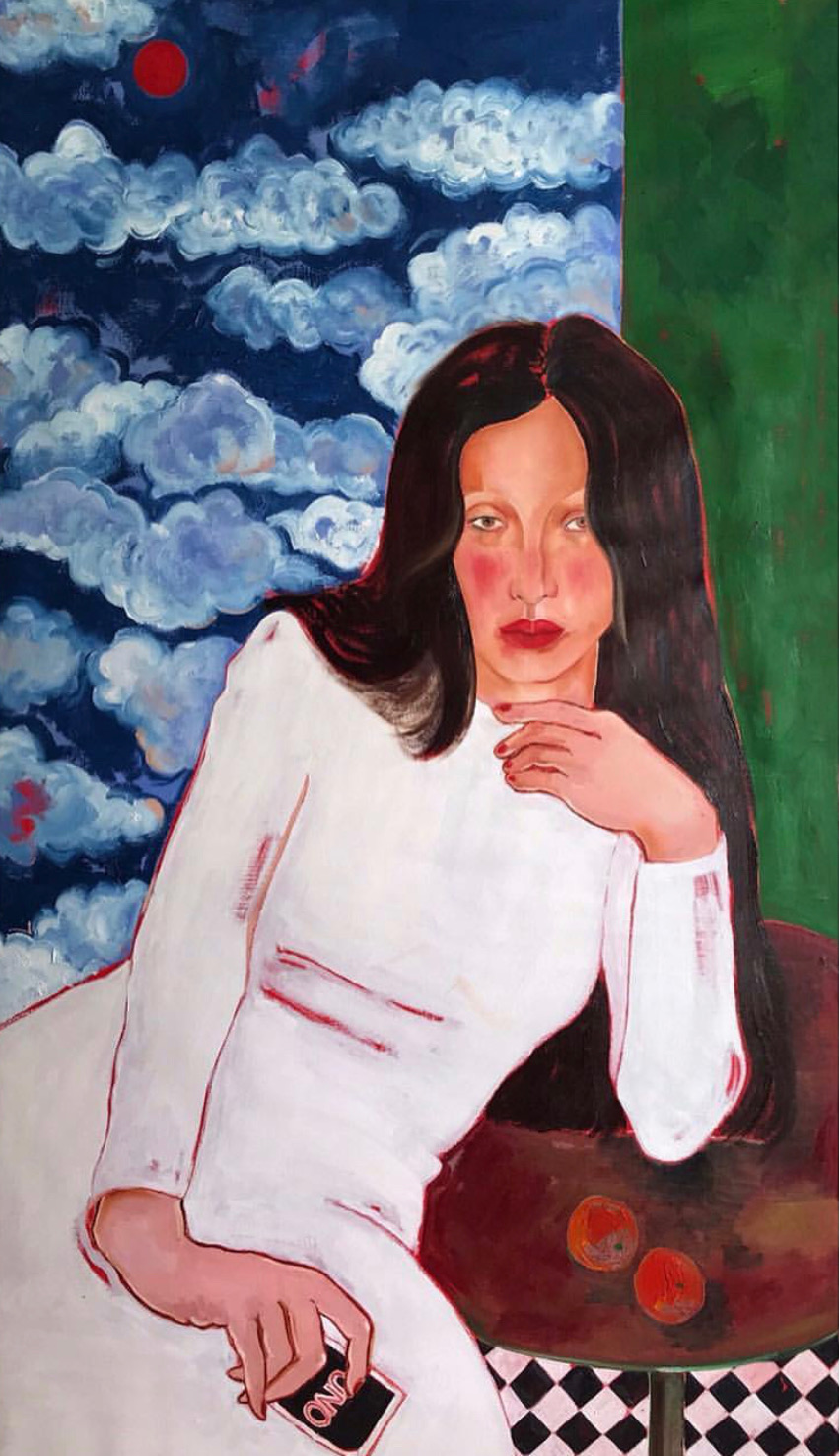 But at no point does she deny that her work can carry a political message, irrespective of her intentions. According to Badr, if her work were to be a direct feminist statement, it would be semi-autobiographical. “My work deals with my female selfhood and my own interpersonal relationships with the women in my life,” she explains. “My art is more of an impression than the apogee of feminism.”

With the Arab world saturated with politically-committed artists, Badr’s apolitical approach is a breath of fresh air. More importantly, it poses less risk for her artistic merit to get lost in politically-charged narratives, as it is often the case. 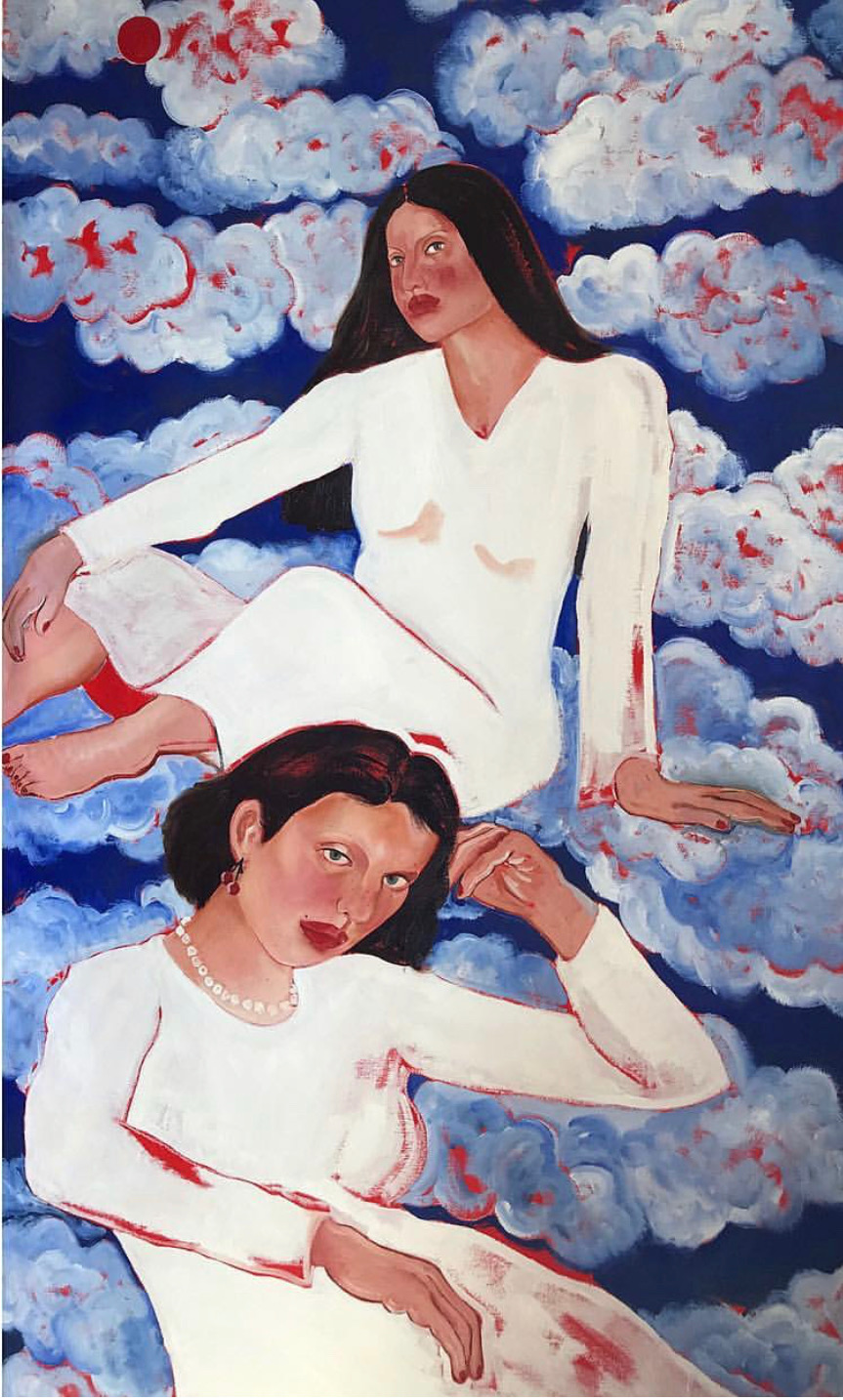 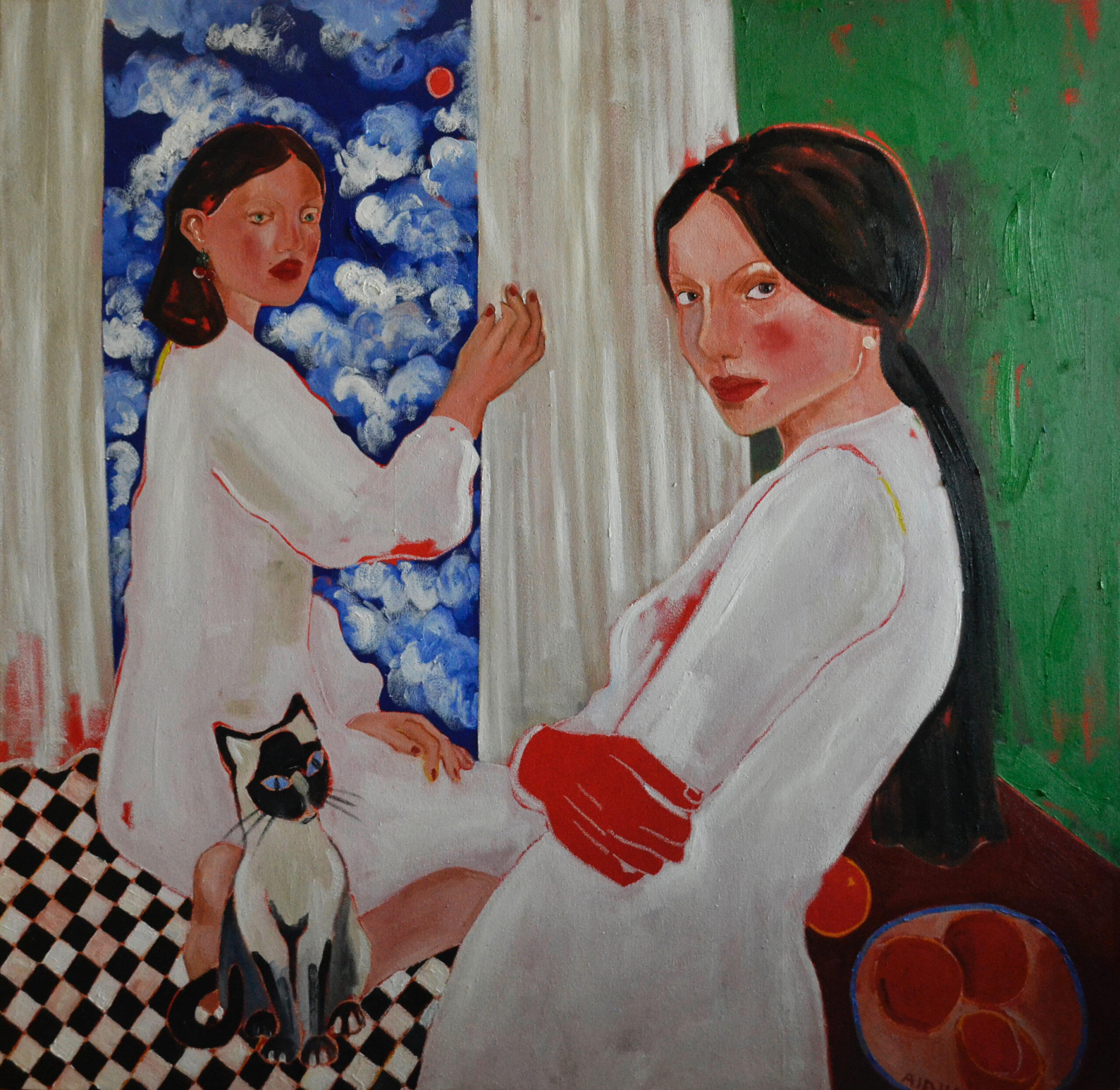 To her, art is about beauty. And objectively, her paintings are beautiful. But it’s her personal, sometimes even comedic touch that sets her apart. In one piece depicting the religious idea of heaven, Badr imagined two women playing UNO, and in another of the same series, she painted them unwinding as they wait for their laundry. 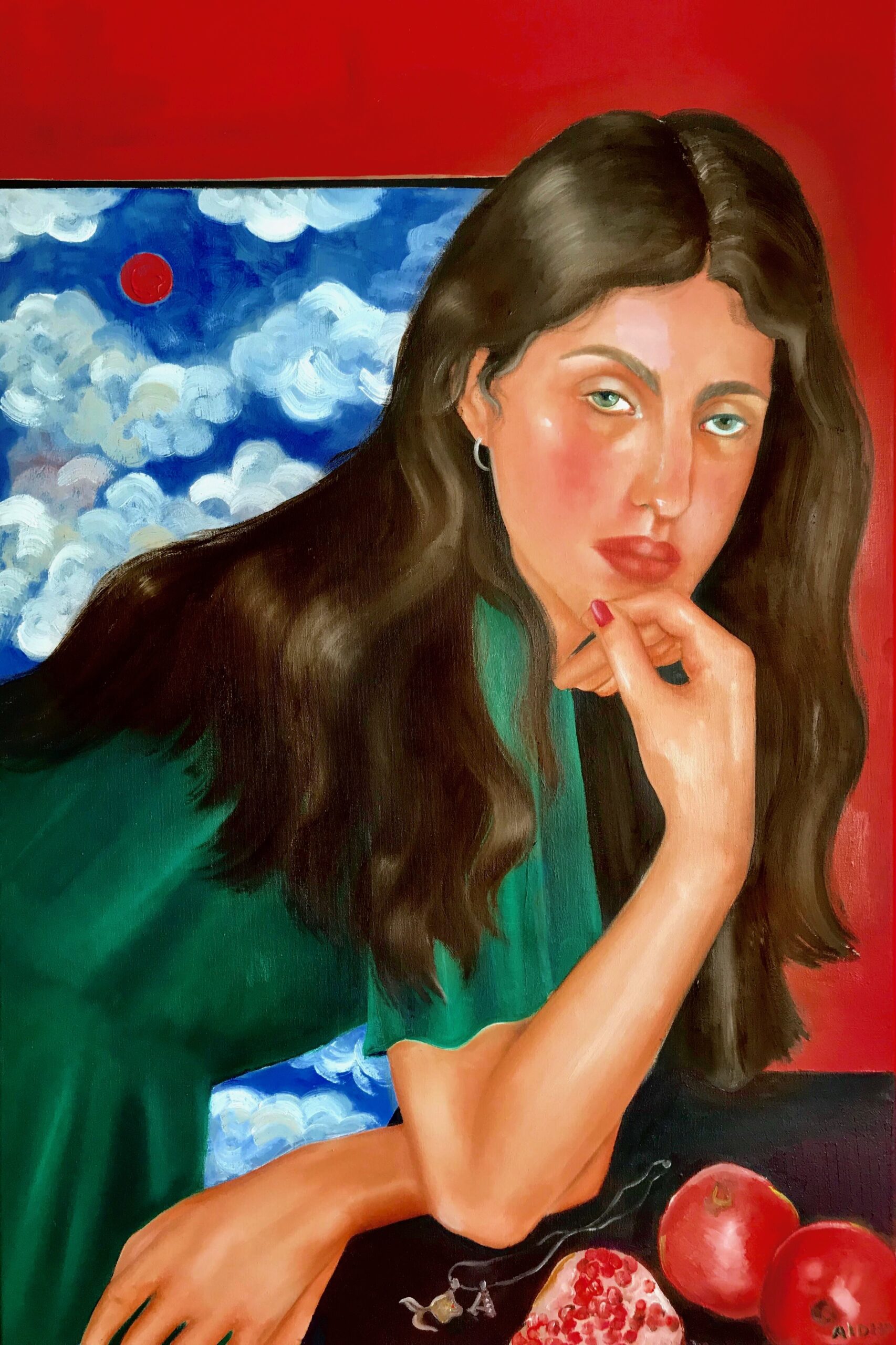 Sometimes she includes personal messages in her work, and while they do provoke a flood of emotion, it’s rarely romantic. At the core of her work is her ability to incorporate the mundane into her imagined worlds, making it familiar. 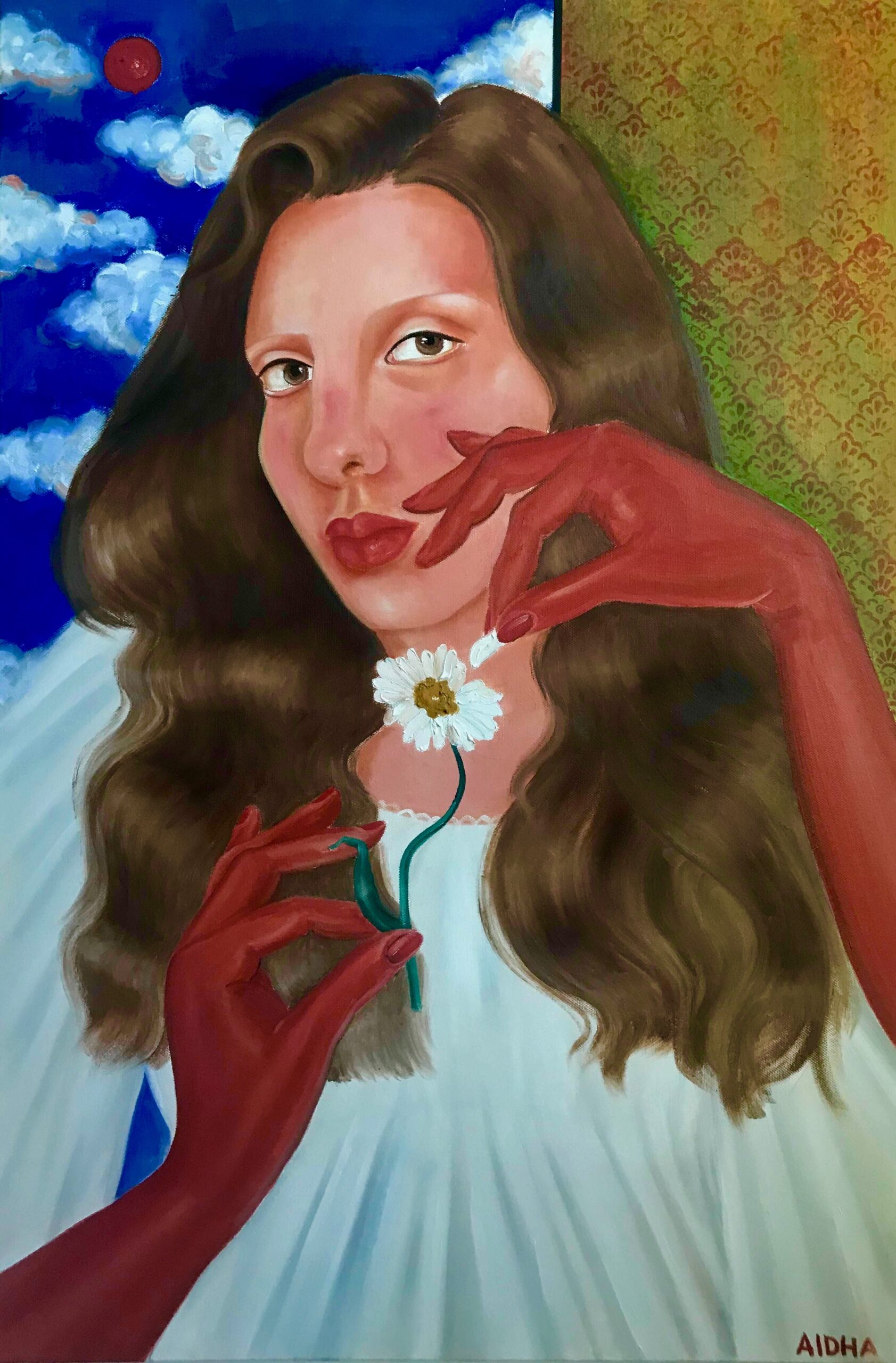 “I want my paintings to give an overwhelming feeling of warmth and tender connection.” With the environments she creates, it’s difficult for any viewer not to be engulfed.