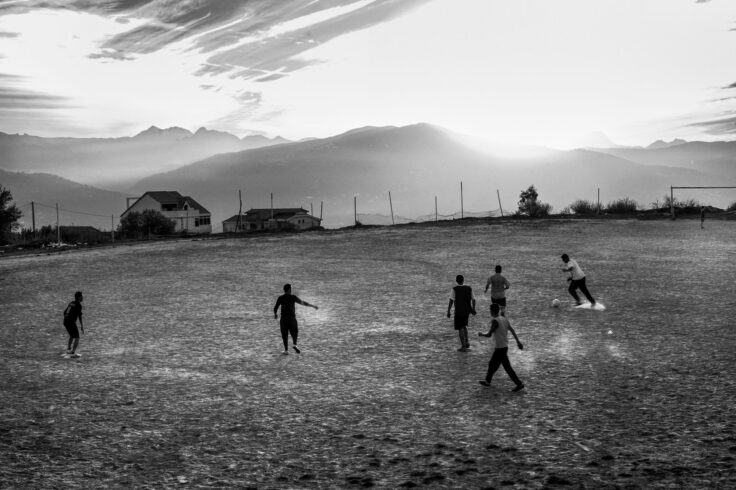 Algeria’s Artists Come Out of the Shadows in New Exhibition

With a quick internet search or a scroll through IG anyone could paint a general picture of the region’s creative scene. But there’s always been on exception: Algeria.

The North African nation recently made headlines when tens of thousands of citizens took to the streets demanding political reform. The protests resulted in Bouteflika’s resignation. As demonstrators continue mobilizing to replace the current military-backed government with a civilian democracy, a new wave of young artists have come out of the woodworks.

In a new exhibition entitled Algeria, Forgotten Giant, at Geopolis, Brussels’ Centre of Photojournalism – the nation’s recent history is traced through the work of five photographers. Among them is Constantine-born Youcef Krache, a member of Algiers’s 220 Collective. Krache made a name for himself through his work photographing Algerian youth and urban spaces. For Algeria, Forgotten Giant, Krache will present his 20 Cents photo series.

Taking its name after the Algerian 20 centime coin, the series looks to the rams engraved on them and their importance in Algerian society. “I remember a rams head engraved on a 20 centimes coin, I remember the ‘Aleid Alkabir’ holiday, during which a sheep is scarified, I remember my brothers asking my father to buy them a sheep with big horns. I remember how our sheep fought against that of the neighbours, how the children of my city were shouting the name of the winning sheep. Why are these animals so important to my society? Why would one engrave a rams head on a coin?” He says of his photographic work. .

Sofiane Bakouri, who left behind a career in civil engineering to pursue photography, will present his work as part of the exhibition, putting particular focus on the six months of protests that preceded Bouteflika’s resignation.

Kabylie-born photographer Ferhat Bouda, who left his native country to pursue a career in France and Germany, looks to his hometown for the show. “Kabyle is an untameable region, a region that resists against the arbitrariness and impunity. Despite the horrors and disasters, the people of Kabyle refuse to give up their fight against injustice, cultural repression, and dictatorship,” he explains.

French photographers Camille Millerand and Romain Laurendeau’s work will also be on display. Alongside their work, a film featuring archival footage retracing the history of Algeria will be screened during the opening, and if the trailer is any indication, you won’t want to miss it.