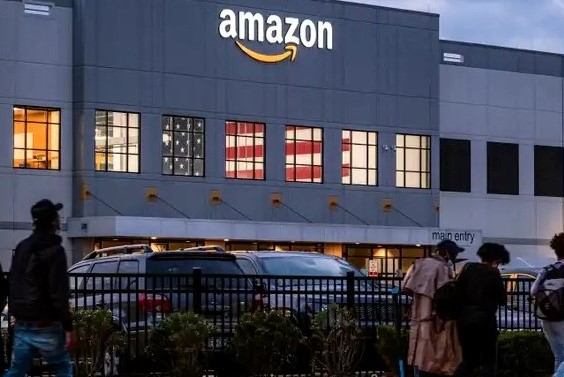 Last week, news emerged that e-commerce platform Amazon saw its management discuss imposing very dictatorial and rather strict regulations for its upcoming internal messaging app. Reports suggest that a hefty list of words was selected for them to be banned once the multinational’s social media is up and running. Designed for its own employees to use, the communication service seeks to facilitate communication between team members, praise colleague performances, bolster happiness and foster productivity. Although quite ambitious and nifty in theory, in practice, the reality is much bleeker.  As expected, any offensive language is expected to be prohibited. However, it has also been rumoured that terms such as “injustice”, “fire”, “compensation”, “diversity”, “plantation”, “slave labor”, “grievance” and  “union”, amongst others, would be flagged up and even potentially prohibited if the app ever came to life.

“Our teams are always thinking about new ways to help employees engage with each other. This particular program has not been approved yet and may change significantly or even never launch at all” said Barbara M Agrait, an Amazon spokesperson.

“With free text, we risk people writing Shout-Outs that generate negative sentiments among the viewers and the receivers [.. ] We want to lean towards being restrictive on the content that can be posted to prevent a negative associate experience.” claims a document on the app.

Up until now, Amazon representatives have denied such claims and refuted these rumors.

“If it does launch at some point down the road, there are no plans for many of the words called out to be screened. The only kinds of words that may be screened are ones that are offensive or harassing, which is intended to protect our team.” Agrait added.

Companies have been increasingly more intrusive in their worker’s private lives in the last decade. Stories, where employers will lay some of their personnel off for alleged inappropriate behavior online, have become almost daily and have carved a great deal of how we display our lives on the internet.

A handful of weeks after Amazon’s workers voted in favor of unionizing, this potential move comes as a real threat to freedom of speech and personal freedoms too. The online retailer has been under the fire of critics for some years now. Allegations towards the negative treatment of their workers as well as the unethical practices and behaviors towards their employees and small businesses have raised concerns more than once in the past. Although the above-mentioned ban of words is yet to be confirmed, this potential step only reinforces Amazon’s deteriorating image to the eyes of a global audience that is slowly becoming more and more conscious, woke and even inclined to stray themselves away from the American e-commerce giant.