Get a Look into Amina Muaddi’s New Eponymous Label

The Jordanian-Romanian designer is back in the shoe game.

If Amina Muaddi’s departure from Oscar Tiye last year seemed like a set-back, the Jordanian-Romanian shoe designer is proving that it might be just the opposite. As of August 24, Muaddi has officially made her way back into the shoe game with her very own eponymous label.

After a stint working at L’Uomo Vouge and GQ, Muaddi made a name for herself in 2013 after co-founding Oscar Tiye with a partner. She quickly rose through the ranks, ultimately becoming known as one of hottest shoe designers in the game. From the Hadid sisters and Kylie Jenner, to Zoe Saldana—everyone is a fan of Muaddi’s designs. 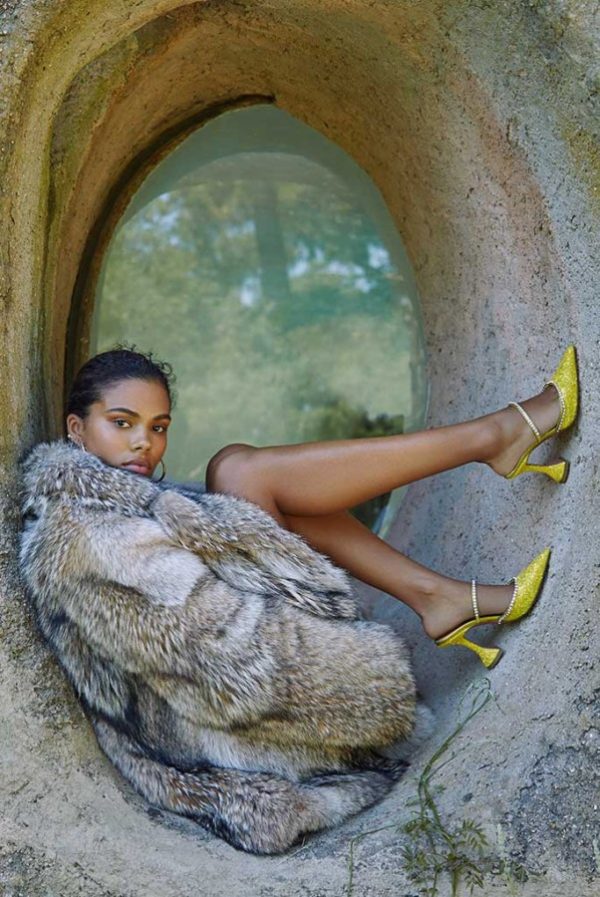 And thus naturally, her latest footwear offering was an instant hit. The collection is currently stocked at Farfetch, Net-a-Porter, Level Shoes, with exclusives at Browns Fashion. But making the collection– which she’s titled ‘Season 0’—was no easy feat. “I had to start from zero again,” the designer told Footwear News.  “Everything had to be a perfect representation of me, from the image and the campaign to the logo and the product itself.” 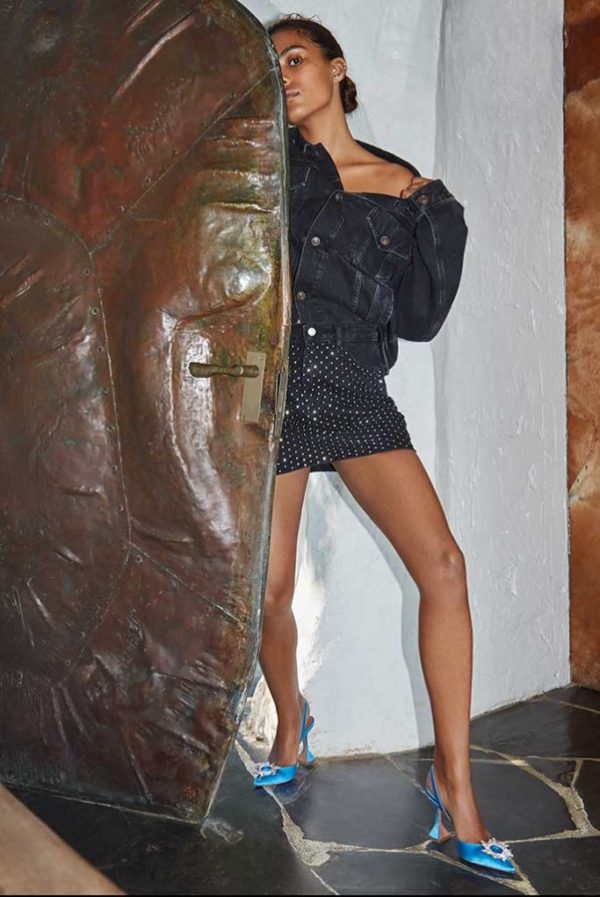 Much like her designs, the campaign, which was shot by Italian photographer Vito Fernicola, and stars French model Tina Kunakey, (who recently got married to renowned actor Vincent Cassel) is minimal in style. As for the logo, the designer worked with CR Fashion Book’s Jim Kaemmerling to create the also minimal and simple upside-down take on her initials.

The collection features an impressive 45 different styles. All of which, from the sling backs to the thigh-high boots, feature a flared stiletto heel. Developed by Muaddi herself, this fresh twist is set to be her signature.

To celebrate the launch of her label, the designer took to her Instagram, “I have been working hard on this project for about a year now and I feel so blessed to be able to do what I love for work” she said. “I hope you like Amina Muaddi as much as I do, and I wish you enjoy wearing it as much as I enjoyed creating it for you, amazing women of today”.