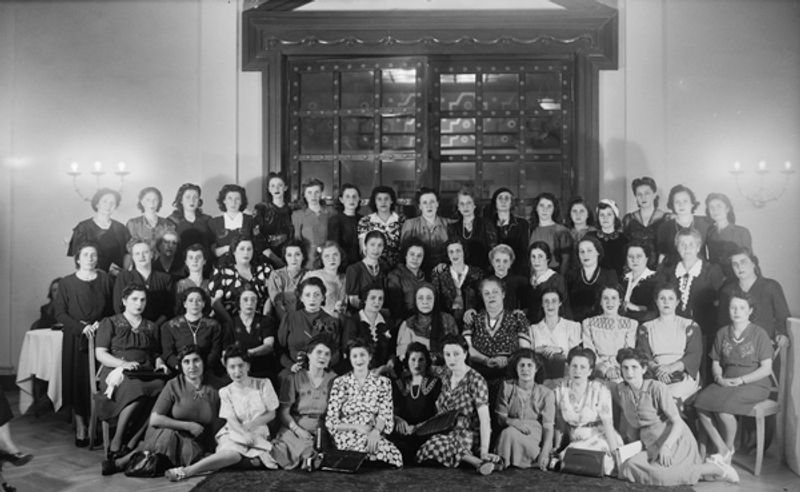 Drawing its name from the contemplative poetic memoirs of French writer Jean-Genet’s ‘Prisoner of Love’, the current exhibition at Amman’s newest art space, the Mohammed and Maher Abu-Gazaleh Foundation (MMAG), is an unmissable tribute to guerrilla activity across the Arab world.

Entitled Stars are Closer and Clouds are Nutritious Under Golden Trees, Turkish curator Ovul Durmusoglu looks through the eyes of Genet, using his work as a framework, going back to the late writer’s time with the Palestinian Fedayeen (PLO) and the Black Panthers in the 1970s. To do this, the curator brings together 19 artists for a group exhibition.

The exhibition—which takes place in two parts—with the first having opened in June, will span a period of six months, with the second instalment opening on September 26. There you’ll be able to watch Lebanese filmmaker Marwa Arsanios’s 2017 film Who is Afraid of Ideology highlighting the dilemmas facing the Kurdish autonomous women’s movement in Northern Syria.

Working alongside researcher Nadine Fattaleh, Durmusoglu brings together artworks relating to guerrilla activity, from the PLO and Black Panthers (both of which were headquartered in Algiers during that period) to the Turkish political figures who fought in Palestine with the Palestinian feminist movements of the British Mandate period of the 1970s.

Durmusoglu also brings on Turkish artist Banu Cennetoglu, who honours student protestors by creating a piece that mourns Turkish leftist student leader and political activist Deniz Gezmis, who received guerrilla training at the PLO camps in Jordan, and was later executed at the orders of then-President Cevdet Sunay.

Alongside the artworks, Fattaleh and Durmusoglu showcase the little-known films of the Palestinian revolution as part of the programme. The films, which were uncovered by researcher Reem Shilleh include filmmaker Mustafa Abu Ali’s 1974 film, They Do Not Exist as well as Jean Luc Godadrd’s Here and Elsewhere.

Stars Are Closer and Clouds Are Nutritious Under Golden Tree runs at until December 5 at MMAG Foundation, Amman