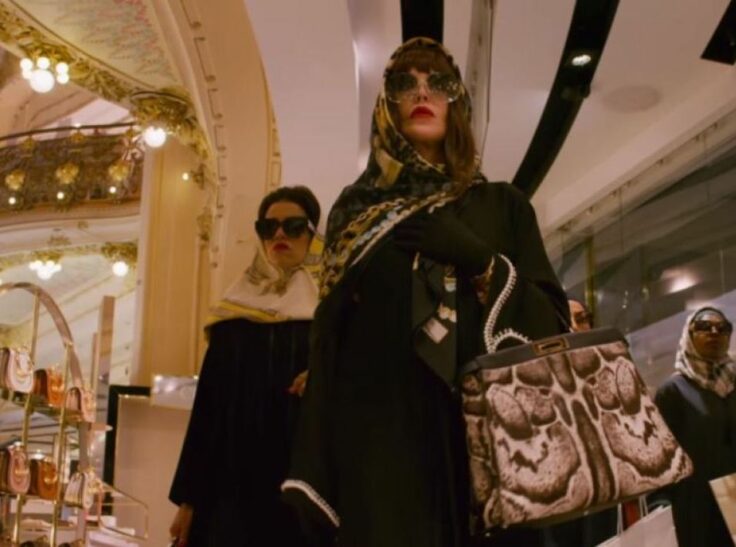 It’s time to call this out once and for all

In France, it seems like every single day we are reminded that our identity and culture is shamelessly and insensitively available for white consumption. An Instagram account, aptly titled Hummus Rights Watch, is entirely dedicated to calling out such behaviour.

Whether its glossy magazines labelling Arab food the “new it-girl obsession”, Souk-themed exhibitions, systemic racism in French cinema, or techno-oriental raves; 27-year-old May Ziadé and Mona Khaouli, the French-Lebanese founders of the IG account, strive to shed light on how Arab identity is constantly being stolen in mainstream French pop culture.

I know what some people might be asking: if this all enhances the visibility of “Arabness” how could that possibly be wrong?

Well, the real answer is actually another question. Are Arabs profiting off of this? More often than not, the answer is no.

Thanks to Hummus Rights Watch, a new senseless act of cultural appropriation was bought to light on Facebook. A new club night exoticising Arab culture is being hosted by Nouvelle Vogue (a creative collective and magazine, which defines itself as “satirical and nonconformist”), at one of Paris’s trendiest nightclubs, Le Petit Palace.

The description of the event reads, “To all the Djamillas, Nabillas and Queens of Sheba, come show off your hottest hip moves at our special One Thousand and One Nights party and be ready to take off to new horizons; those of oriental techno and hypnotic rhythms”.

Needless to say, all members of the collective are cis-gender, white and upper-class.

There are countless issues with France ripping off culture from non-white people for their own endorsement so comfortably.

Firstly, our culture isn’t a costume or a trend. The biggest problem with white people taking influence from a culture that isn’t theirs is that the culture in question often has a history of oppression. It represents a culture that has fought hard against colonialism. A culture that should not be confiscated by the tenants of the hegemonic culture.

But what’s even more harmful and disturbing is that while most Arabs in France have spent their entire lives being bullied for how they look, how they dress and what they eat; white people end up being the ones praised for their “sexy”, “cool” and “edgy” Arab-inspired ‘fits and lifestyles.

Once the club night was promoted on social media, hundreds decided to publicly cancel Nouvelle Vogue. The collective published an online apology, having slightly edited the description of their event and deleted every negative message they initially received.

Not only do white French people imitate the “Arab” style without having to go through the tough reality of actually being an Arab in France in 2019, but they continuously fail to listen to or help back Arabs.

Of course, it’s possible to appreciate a foreign culture. But it requires being inclusive, and most importantly, showing respect. Nouvelle Vogue’s party is undeniably racist and we should all cancel it.