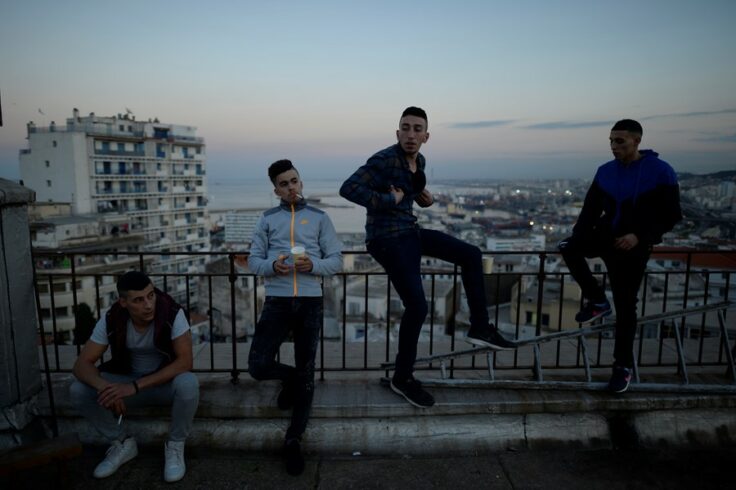 “Can you even cook?”

Misogyny runs rife across the whole world and can be found engrained in every aspect of almost every culture. While men live with the privilege of rarely feeling unequal, it’s every woman’s constant struggle.

Even a simple word bears a ton of weight when it’s rooted in misogyny. Not to mention the global pay gap… or being held back by glass ceilings, or being terrified of domestic violence.

When it comes to the Middle East, we are not exempt. Although younger generations are working to break down a patriarchy that’s been cemented in place for centuries, it’s no easy feat. And it’s going to take some time. But in a bid to combat the patriarchy, or at least have a laugh at it, we asked a few women (who were very quick to answer) a few things that they’re tired of men saying to them.

“Smile”
Because apparently women aren’t allowed to be moody or have an off day.

“Can you cook?”
Can you build a house?

“Would you date a broke man who had a lot of love to offer?”
This question’s assumption that financial gain is a driver for women when it comes to their choice of men reeks of misogyny.

“You’re overexaggerating”
Not every display of emotion is an exaggeration.

“You’re so hard-headed, who can handle you?”
Not you.

“What? Your boyfriend doesn’t let you have friends?”
Perhaps I’m actually just not interested in romantic interest cloaked as a friendship.

“Can you introduce me to your homegirl?”
This is not as problematic as it is annoying, tbh.

“Momken net3araf?”
Only the most popular Facebook message of them all. It’s also not very problematic, just annoying.

“You look better without makeup”
A woman’s choice to wear makeup doesn’t equate to her desire to please men.

“You gained/lost weight”
Why is anyone’s weight anyone else’s business?