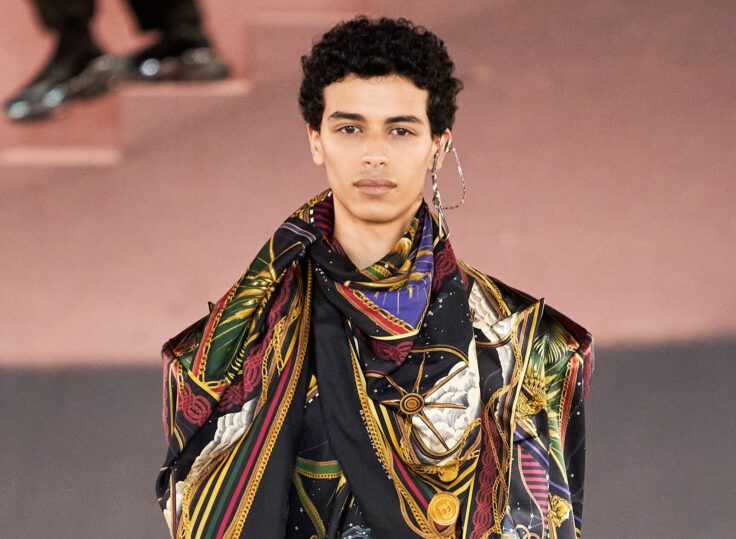 9 Arab Models to Keep On Your Radar

The new faces taking the fashion industry by storm

But despite efforts, the industry still falls short. On and off the runway, it’s not yet the norm that everyone gets to see a familiar face in media. Among others, the Arab world is still largely under-represented.

But a new wave of Arab models is making sure that changes. Joining the likes of Hammam and Attal, these emerging faces are slowly becoming staples on the pages of major fashion publications, and securing their place as new faces to watch, walking some of the most prestigious runways in the world

Based between Dubai and London, the Lebanese model made her debut for Dior during the latest Paris Fashion Week. Rizk is no stranger to the runway after walking various shows like Ferragamo, Max Mara and Numero Ventuno, as well as having her first solo cover on ELLE France last September and appearing in editorials across several Vogue editions.

The French-Algerian model has walked more shows that we can count, from Balmain and Kenzo to Thom Browne, Raf Simons and Loewe. Bouaziz has also been featured in editorials for GQ Middle East and scored his first cover on L’Officiel Hommes Italia last November.

At just 19-years-old, the young Saudi model already has a Vogue Arabia cover under her belt. Al Zuhair also appeared in campaigns for brands such as Burberry and Tiffany & Co.

The Tunisian model is taking the fashion scene by storm, walking for the likes of Balmain, Jacquemus, Valentino and Moncler. Based in Paris, Bouzamita was also featured in campaigns for Louis Vuitton and Alexander McQueen, as well as landing on the pages of GQ Middle East.

The Paris-based Algerian model has walked several shows for brands such as Qasimi, Chalayan, Vetements and Junya Watanabe. He starred in campaigns for sportswear giants Nike and Adidas as well as in editorials for Vogue Netherlands.

A collaboration with Egyptian art directors Adel Essam and Henar Sherif marked Farid’s Farid‘s first venture in modelling. Shortly after, she was signed with agencies in Spain, South America, London and Dubai. She now counts several editorials under her belt.

The Moroccan-Colombian model starred in campaigns for Yohji Yamamoto, Gucci and Casablanca, and was featured in editorials for several fashion publications such as Style Magazine Italia and GQ Middle East. He has also strutted down the runway for major brands like Zegna, Issey Miyake Y/Project and Courrèges.

The Egyptain model has been tapped by seven model agencies across the globe. She was featured in Vogue Italia and appeared in campaigns for Nike and The Attico.

The Saudi model is signed by the prestigious Elite Model agency and has walked for brands like Feng Chen Wang and Arashi Yanagawa in London Fashion Week. He was also featured in editorials by Vogue Arabia.