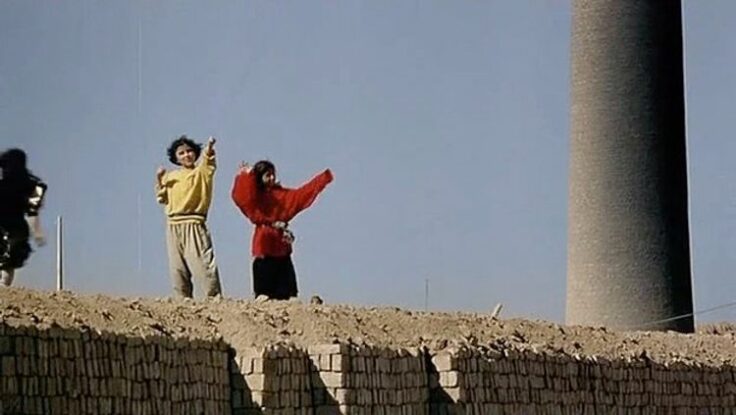 Cult Arab films and documentaries you need to watch

“It tells a story—my story. And in doing so, it probably tells the stories of thousands of others”, says Moroccan designer and curator Sophia Attigui, referring to her one-year-old Instagram page Maqam.tv, which is part of her on-going performance and video installation aptly titled ‘Please fill in the empty space’.

How can Arabs and Muslims understand their identity and its place in the world when their narratives have barely received mainstream attention? This is the question the 26-year-old seeks to answer. Representation of POC people in the global cultural and art sphere has been pretty much non-existent until now.

And when stories about us have been told, we have had no ownership of them. Their narrative is often tokenised or misrepresentative, leaving our collective consciousness with many blind spots.

But even back home, young Arabs struggle to find documentation of our region’s visual and cultural history. With an aim to fill this void for Arabs and Muslims, Attigui has been researching, collecting and archiving her finds on @Maqam.tv, with a penchant for forgotten and archived films and videos — past, present, popular and indie.

For Attigui, a rebalancing is long overdue. As she puts it, “I guess it’s just about making things a little more fair.”

“Many of us have had to engage with a process of self-education. Some never got the tools to do so”, she says before adding, “I think that there’s an urgency in addressing distribution matters locally, and appropriating the region’s broadcasting circuit. And I am certainly not the only one out there trying to make sense of the region’s archives. And that is saying something.”

To Attigui this is more than a mere nostalgia trip. Maqatm.tv is about exploring the region’s visual and creative history, in order to anchor our legacy in the now, and in the future – on our own terms.

With plans to go offline with IRL gallery events in 2020, Attigui hopes to create urgent dialogue, where our narratives can finally exist; and win. As she notes, “It’s important for me to broaden the audience as much as possible, and to give the artists a platform for expression and visibility”.