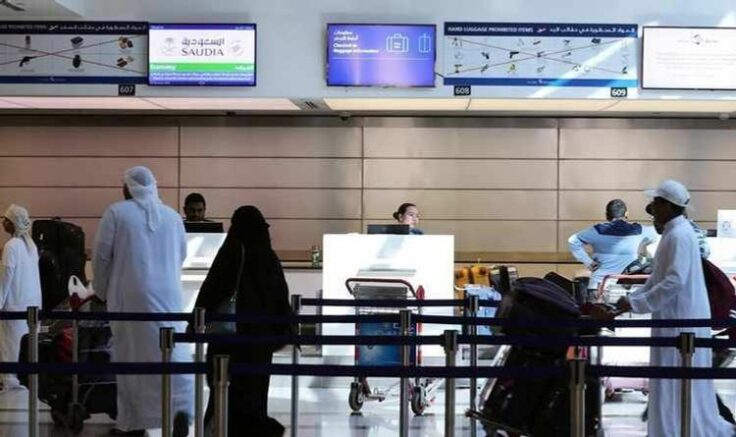 The Podcast Exploring the Harsh Reality of Travelling as an Arab

If there’s one thing to listen to today, it’s this

In the wake of 9/11, travelling as an Arab has been difficult. Unjustified visa denials, random checks at airports and in many cases, hours of detentions at airports thousands of miles away from home, have become the norm. In a new podcast, artist Tamer Gargour explores that reality.

Influenced by his own experiences and of those around him, the Jordanian artist has stepped away from his music career to explore the challenges of travelling as an Arab. “This podcast showcases the discrimination faced by Arabs upon travel, and is the culmination of six months of research, interviews, and self-reflection,” Gargour announced.

Through the prisms of technology, privacy and equality, Gargour–alongside a guest list that includes immigration lawyers and Arabs with first hand experiences of racial profiling—breaks down all elements of the Arab travel experience.

In the first episode, Gargour dives deep into the pre and post-September 9/11 security protocols. The episode starts off with the details of a young Jordanian man’s experience as he was refused entry into the United States due to stereotyping, going on to discuss his interaction with American customs officers who searched his social media profiles, read his emails and WhatsApp messages, and eventually his lawyer’s involvement and mission to prove the unlawful discrimination he faced.

In later episodes, Gargour invites guests who have been racially profiled in the United States, even American citizens. “Think travelling as an American prevents you from being racially profiled? Think again,” he said in one episode.

Whether you’re Arab or simply curious about what the experience is like, this podcast is a must-listen.