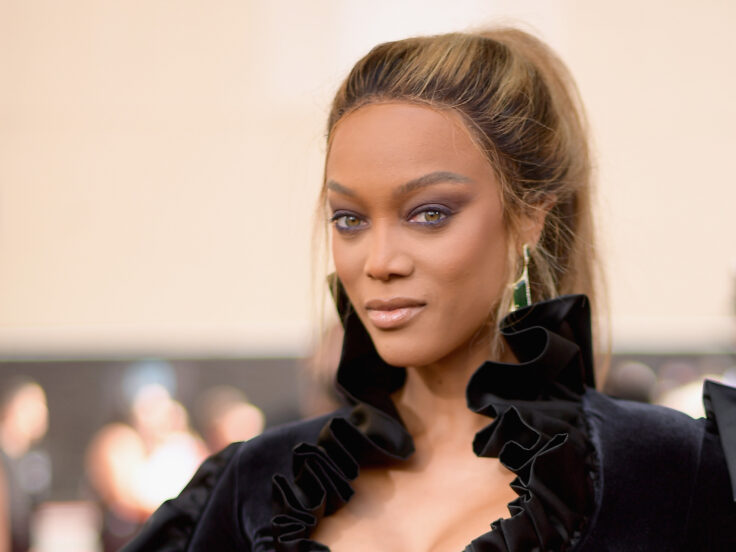 American hit reality TV show America’s Next Top Model (ANTM) is rumored to have a Middle Eastern iteration in the works, nearly 20-years after the original competition series debuted. According to the National, Arabia’s Next Top Model is already preparing for the competition’s launch with a forthcoming trailer that is soon expected to hit screens.

Launched in 2003, ANTM is a reality television contest that invited aspiring, up-and-coming models to take on different challenges and tasks that would be judged by an a industry-acclaimed jury panel that included show creator and former model Tyra Banks, Kimora Lee Simmons, Nigel Barker, and Janice Dickinson. After several weeks of competition, where the hopefuls progress depending on their scores, the winner eventually walks out with a cash prize and exclusive modeling contracts.

The highly-successful show would go on to spawn over 50 international versions, including in Germany, the UK, India, and China, to name a few.

Sources close to the project have reported that the forthcoming show is still on the hunt for a revered host and judges.

Not much information has surfaced yet, including the cast or launch date. However, given its prominence, the show will certainly send some seismic waves upon airing. To this day, ANTM, which ran for 24 seasons, is still one of the most followed programs, previously earning the top spot in America’s most viewed list.

In recent years, however, a number of people online have started to point out how in hindsight, America’s Next Top Model was full of toxic moments, with many clips perpetuating body-shaming, disordered eating, and colorism, resurfacing on social media platforms like TikTok and Twitter.

Banks previously admitted that there were “a whole bunch of things” the show “messed up” while on the air.

However, considering that ANTM launched two decades ago, we’re sure the Middle Eastern version of the popular reality television competition series will be a lot less problematic. We also hope that it will nurture a new crop of top Arab models, a highly underrepresented group in the fashion world.