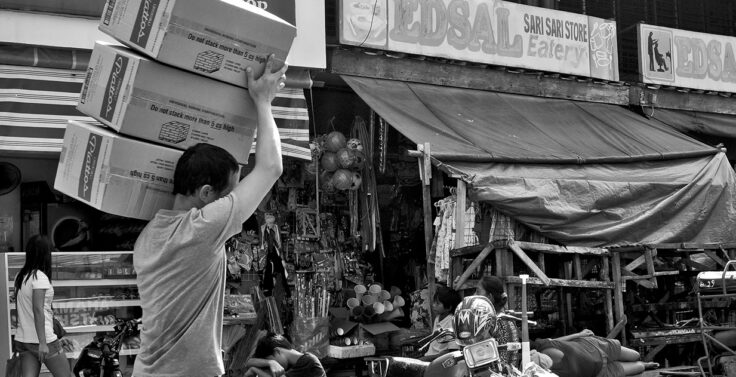 Why Do Arabs Mistreat Labour Migrants?

A look into the Kafala system’s imperialist roots

Considering our new-age attention spans, you might already be tired of hearing about Sondos Alqattan’s discriminatory comments. To be fair, so am I—but what is still worth discussing is the underlying problem of the Kafala, a system used to monitor migrant laborers, working primarily in the construction and domestic sectors, in Bahrain, Iraq, Jordan, Kuwait, Oman, Qatar, Saudi Arabia, and the UAE, that lies at the root of everything she had to say.

If you’ve looked into the state of migrant workers in the GCC, then you’ve probably come across some heavy criticisms of the system. The subject is anything but new. The Kafala has actually been in place since the 1950s, with oil companies being the first to put it in to practice.

With the oil boom of the 1970s, came a migration boom—at some points marking the highest rate of population growth, ever—and since then, the concept of sponsorship in the GCC has been a topic of study in the field of migration in particular. But in recent years, the system has been a cause for concern, especially for human rights organizations—with Human Rights Watch going as far as calling it “modern-day slavery”.

Under the Kafala system (which slightly varies from state to state), migrants are essentially bound to their employers. Sponsors—which can be either a person or an institution—determine the migrants’ legal status. States require migrants to get permission from their employer to transfer jobs or leave the country. And the confiscation of passports by employers upon arrival is common practice.

Two years ago, Qatar came under scrutiny after word got out about their treatment of migrant workers building the Khalifa International Stadium ahead of the 2022 World Cup. Amnesty International issued a report denouncing the state’s abuse of their basic human rights by interviewing over 200 workers and shedding light on Qatar’s exploitative practices.

The report went on to highlight deceptive practices by recruitment agencies, who reportedly go as far as encouraging migrants to take loans out to cover recruitment costs—only for the workers to arrive at their host country to find out that their salaries are lower than what was initially agreed upon, trapping them into a debt cycle that ultimately leaves them imprisoned by the kafala system.

And to be fair, steps have been taken towards reform by a few states. Most recently, Kuwait made changes to the system following a temporary ban imposed by the Filipino president amid an investigation into the deaths of domestic workers in the gulf nation.

But whether or not sponsors abide by the new laws is up for debate. Alqattan’s comments prove that discriminatory attitudes towards migrants are more than common place in the region. Aside from some beauty brands ending working ties with her, the influencer has largely maintained support from her followers—so much so that she has firmly stood by her statements.

It’s clear that discrimination towards the largely South Asian work force in the GCC as well as the underage domestic workers crisis in North Africa is common practice.

There are quite a few theories on where this attitude towards workers has come from, and how the system has manifested itself to essentially become one that’s facilitating abuse. In this report by the International Migration Institute, it states that the idea to segregate migrants from locals is in fact rooted in colonial practices that were put in place by foreign-owned oil companies just after oil was discovered in the region in the case of the GCC.

The report takes a historic look at the GCC’s migrant population, taking us all the way back to the 1930s, when British and American owned companies began hiring migrants for largely unskilled work. Eventually these oil companies went on to set up recruitment offices in India and other parts of South Asia. After which, housing policies were also put in place, where unskilled South Asian migrants were told to live in mud-huts and tents, while the British and Americans, and Arabs (who took up high and semi-skilled positions in the companies) were set up to live in loftier compounds.

And thus, the clear distinction and ultimately, segregation of unskilled migrant workers was cemented within gulf societies. And by continuing the practice of segregation as facilitated by the Kafala system, Arabs are doing nothing but perpetuating the British imperialist agendas that were once imposed upon them.

This isn’t to say that every kafeel (sponsor) is abusing the system—but with the increasing number instances where basic human rights are infringed upon, it’s time for a complete overhaul.