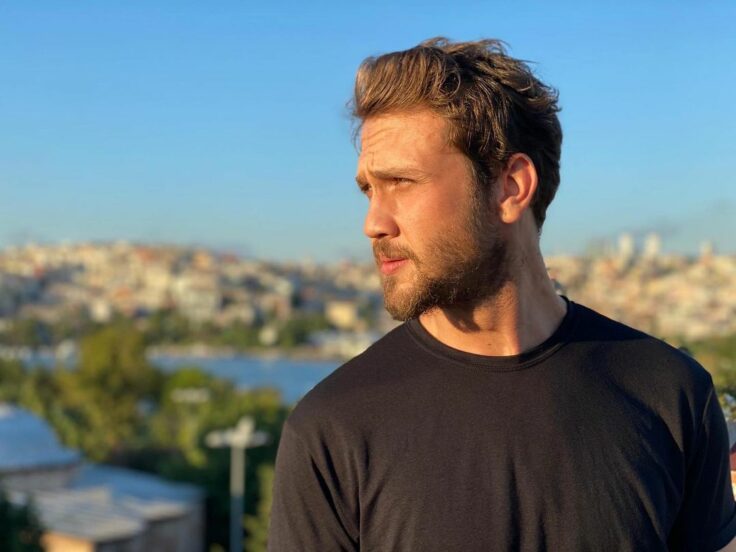 The Turkish actor is becoming an international sensation

Even if you’re not obsessed with Turkish dramas, you’ve probably heard of Miracle in Cell No. 7. The Turkish film, which went viral after being released on Netflix, had us all weeping, it’s all thanks to Aras Bulut İynemli’s poignant and touching performance.

The actor, who played a mentally ill father who is wrongly imprisoned for murder and separated from his daughter won five awards for his role in the 2019 film, and gained global recognition. But the 30-year-old is no stranger to the spotlight—he’s been in the game since 2009.

İynemli is best known for first role in 2010 TV drama Öyle Bir Geçer Zaman ki. Away from the screen, the Turkish star also has several magazine covers under his belt, from L’Officiel Hommes Turkey to Marie Claire. He also starred with Burcu Özberk earlier in his career in Muhteşem Yüzyıl.

Want to get to know him? Look no further. This is everything you need to know about Aras Bulut İynemli.

He landed a major casting at just 16 years of age
In 2006, the actor was cast for the long-running TV series Arka Sokaklar. However, he retired after the initial episodes to continue his education on aircraft engineering.

İynemli played his first leading role in TV series Maral: En Güzel Hikayem
He starred alongside Turkish actress Hazal Kaya who plays Maral, a young ambitious waitress from a middle-class family who falls in love with İynemli ’s character Sarp, the chocolate department chief at the same restaurant she works in.

He was catapulted to fame through his role in İçerde
Highly applauded for this role in 2016, İynemli starred alongside Netflix’s The Protector leading actor Çağatay Ulusoy. The duo played Umut and Sarp Yilmaz, two brothers who were separated during their childhood and ended up on opposite sides of the law.

İynemli is best friends IRL with some of his co-stars
The actor has a close friendship with Engin Öztürk, his co-star in Muhteşem Yüzyıl—the internationally-acclaimed historical TV series—in which they both played brothers Sehzade Bayezid and Selim. İynemli is also best friends with Erkan Kolçak Köstendil, his on-screen brother in the latest Turkish series Çukur.

He is dating Turkish actress Bilge Onal
Known internationally for her role in the original Netflix series The Protector, Onal has been in a relationship with İynemli since 2015.

İynemli is a major football fan
You might catch him posting about his favourite club Beşiktaş very often on his IG.