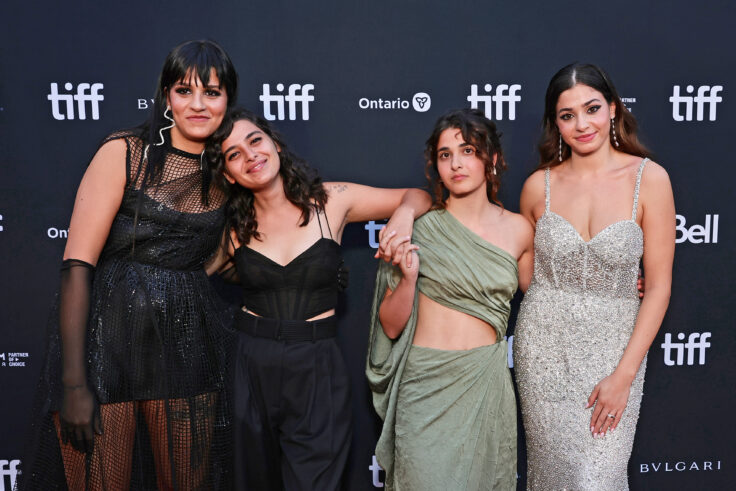 Considered one of the most compelling titles of 2022, Netflix’s The Swimmers recounted the very daunting, yet touching, tale of two sisters, Sara and Yusra Mardini, as they fled their war-torn Syria for Europe. The hour and half-long drama, which is based on a true story, follows the duo’s journey to Greece as they attempt to establish new roots away from home while pursuing their dreams of becoming, one day, professional athletes and potentially competing at the 2016 Olympic games which Yusra eventually did.

Mere months following the release of the moving biography, it happens that the eldest sibling of the Mardini family, namely 28-year-old activist Sara, has been called up to testify in front of a judge as she could face decades behind bars. She is, according to legal reports, one out of twenty-four aid workers on trial, alongside various members of Greek NGO Emergency Response Centre International (ERCI).

Facing charges that range from espionage to forgery, smuggling, and fraud, the hearing has been denounced by many human rights organizations, going as far as labeling the lawsuit as Europe’s “largest case of criminalization of solidarity,” per the European Parliament. Amnesty International also spoke out against the unprecedented crackdown on volunteers, calling the accusations “farcical.”

In 2018, the one that inspired the American streaming giant to take a look at her story and inspire a feature worthy of the name already spent consequent time in jail. Back then, Sara was sentenced to 106 days inside a cell for her work on Lesbos Island, before being released on bail. With a first trial initially set for November 2021, the prosecution failed to convict Mardini and the rest of the accused group, due to a lack of jurisdiction relating to the presence of a lawyer amongst the group of litigants. What’s more, the court also failed to provide sufficiently translated indictments to non-Greek-speaking defendants, while some were deemed incomplete, erroneous, or too loose for the hearing to take place in due form. Naturally, the many faults in procedure only weakened the prosecutor’s case, postponing the arraignment to the following year.

In parallel to the release of The Swimmers in November 2022, Mardini, alongside the other alleged offenders suspected of similar infractions, were called back up again to the bar, in an attempt to re-open the case and fix a final date for the trial to commence, bringing us back to January 2023.

At the latest court hearing, which took place on Jan. 10, the prosecution was held accountable for flaws in the handling of the case, with most charges having been dropped as a result of their ”vague nature.” These numerous shortcomings resulted in the dropping of all misdemeanor charges. However, felony charges are still under investigation, pending trial although reports claim that given the subsequent weakening of the prosecutor’s agenda, the left-over allegations will most likely be dismissed and abandoned.

“Today we finally received some positive news after over 4 years of limbo,” Mardini wrote on Instagram on Friday. “The judges decided to drop some of the misdemeanor charges due to the error-ridden indictment and the expiration of the statute of limitations for some charges .But this is not justice,” she added. “If the same strategy of procedural errors and extensive delays is continued for the remaining felony charges, we have another 15 years of limbo before we can prove our innocence. We would not have achieved this small victory without the immense support inside and outside Greece. Our fight for justice continues.”

Following Mardini’s train of thought, we cannot help but wonder where the global refugee crisis would be if governmental bodies were to apply the same level of effort and amount of energy into exonerating endangered individuals rather than hunting them down. As we can see from the span of time in which authorities have spent trying to pin outstanding allegations onto an open-minded and altruistic group, which is still yet to observe a final conclusion, these processes do little to instill hope during a time when human kindness is slowly depleting.