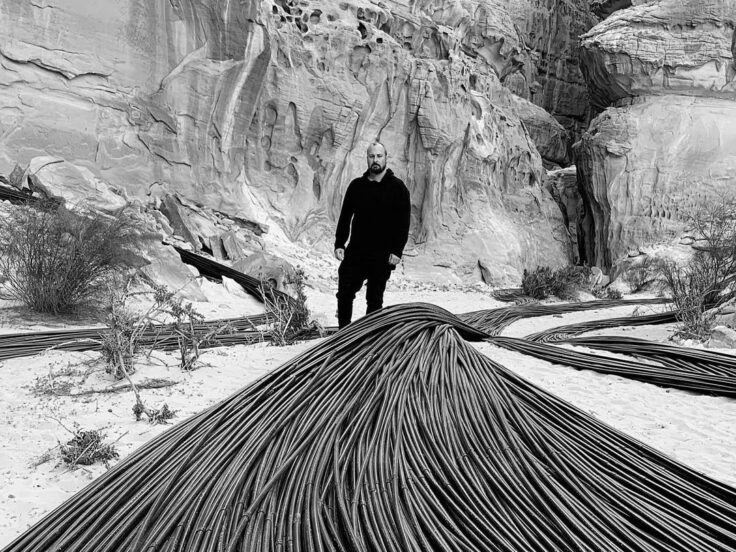 Venice Biennnale 2022 is kicking off this April 23 and running up until November 27 in the floating city     , marking its comeback two years after its last edition. Inviting creatives from all around the globe, the Kingdom of Saudi Arabia is also be part of the selected countries invited to showcase their homegrown talents. For this year’s iteration, it’s multi-disciplined artist, Muhannad Shono that will be representing the gulf state in Italy. His participation will mark Saudi Arabia’s third participation at the world-renowned event.

The event, curated by Reem Fadda and assistant curator Rotana Shaker, will see Shono’s installation, titled ’The Teaching Tree’, introduced to the event’s revered audience. Exploring the themes of creation, regeneration, nature and mythology, the project, which was initially commissioned by the Ministry of Culture’s Visual Arts Commission, will shed light on Saudi’s budding contemporary scene while putting one of its rising stars under the global spotlight.

The Riyadh-based artist’s installation has been described by organizers as a “vast, 40-meter-long, organically formed structure made of palm fronds painted in black and animated by pneumatics,” that delves deep into the ideas of resilience and the self in the natural world and in human imagination. Making use of a variety of  material and methods to realize his  visual expression, Shono’s exhibition will also draw inspiration from his childhood memories and put in contrast with the Kingdom’s current economic and cultural changes.

The exhibition’s curator, Reem Fadda, commented in a statement that “the Teaching Tree references the drawn line overgrown, now encapsulating a multitude of dimensions. This object becomes emblematic and dichotomous in imaginations represented, words written, and marks engraved, reflecting upon their irreversible effects in history.”

“My work embodies the irrepressible spirit of creative expression: the power of the imagination that grows despite what may attempt to limit it but instead makes it more resilient,” says Shono. “This is a resilience that is taught by nature, in its continuous cycles of death and re-growth, like trees nourished by the ashes of wildfires.”