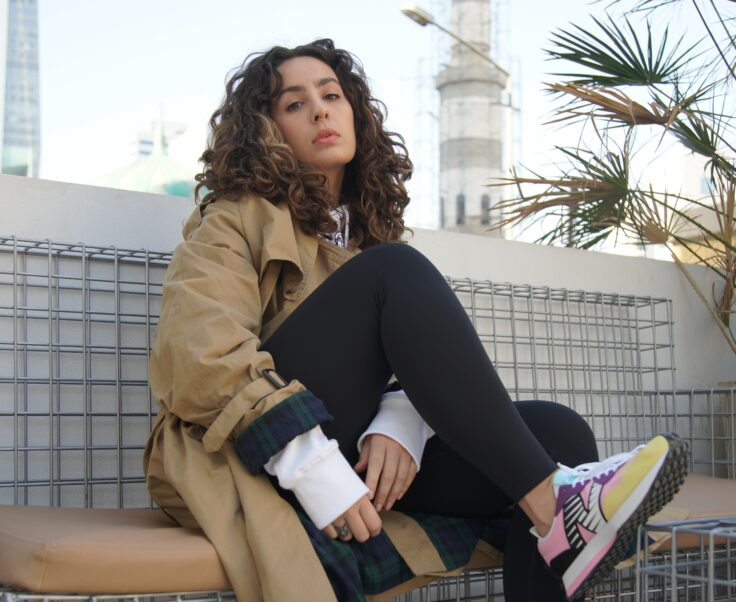 Ascia Knows What it Takes to Bring Real Change

“I hope we can continue to use social media in ways that promote change,” Kuwaiti influencer Ascia Al Faraj asserts. “We need to stop resisting change on the premise that an issue either doesn’t exist in our region or is not large enough of a problem to even address.”

From her early days on the internet, the Kuwaiti influencer, mother, and social activist hasn’t shied away from speaking her mind, and that hasn’t changed. If anything, she’s proven what it means to truly be an ally, continuously lending her platform to unheard voices and using her own voice to speak out about social issues.

Whether it’s calling out anti-black sentiments in the region, or challenging the norms set upon Arab women, no subject is off limits for Ascia. In early 2020, at the height of the BLM movement that sparked protests across the globe, she was one of few influencers to speak out against racism in the Arab world, and eventually lending her social media platforms entirely to black voices in an effort to encourage real change.

Most recently, Ascia was at the helm of one of Kuwait’s biggest campaigns against harassment, sparking a #MeToo movement in the tiny gulf nation— ultimately giving way to Kuwaiti women to open up and share their testimonies. #Lan_asket, as the campaign is called, quickly gained traction, garnering support from men and women across the region. 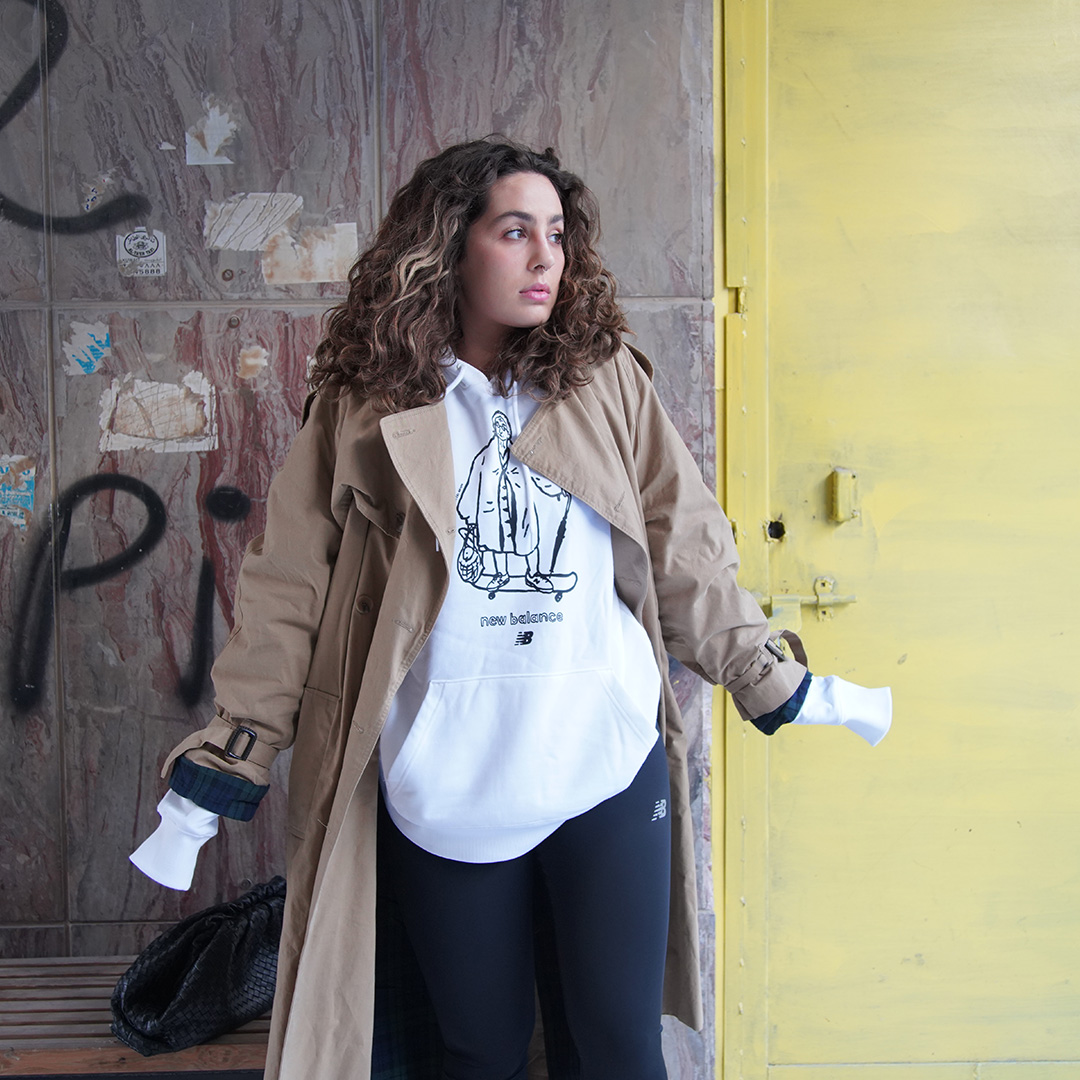 And her fearless approach hasn’t gone unnoticed, Ascia’s American label New Balance tapped the influencer as their new Middle East ambassador, and the face of their latest campaign entitled ‘Energise a Generation’.

“Ascia embodies the fearlessly independent nature of New Balance. At New Balance we are proud of our history and authenticity within the sports industry.” says Stuart Henwood, General Manager for New Balance the Middle East.

We caught up with Al Faraj to chat about her new venture.

Tell us about the New Balance partnership, how did that come about?
We’ve worked with one another on and off for the past couple of years, so it’s exciting to finally make it officially. Like a marriage.

You’re the first Middle Eastern female ambassador of the brand, how does that make you feel?
Feels like a pretty big responsibility and hopefully I’m up for the challenge. 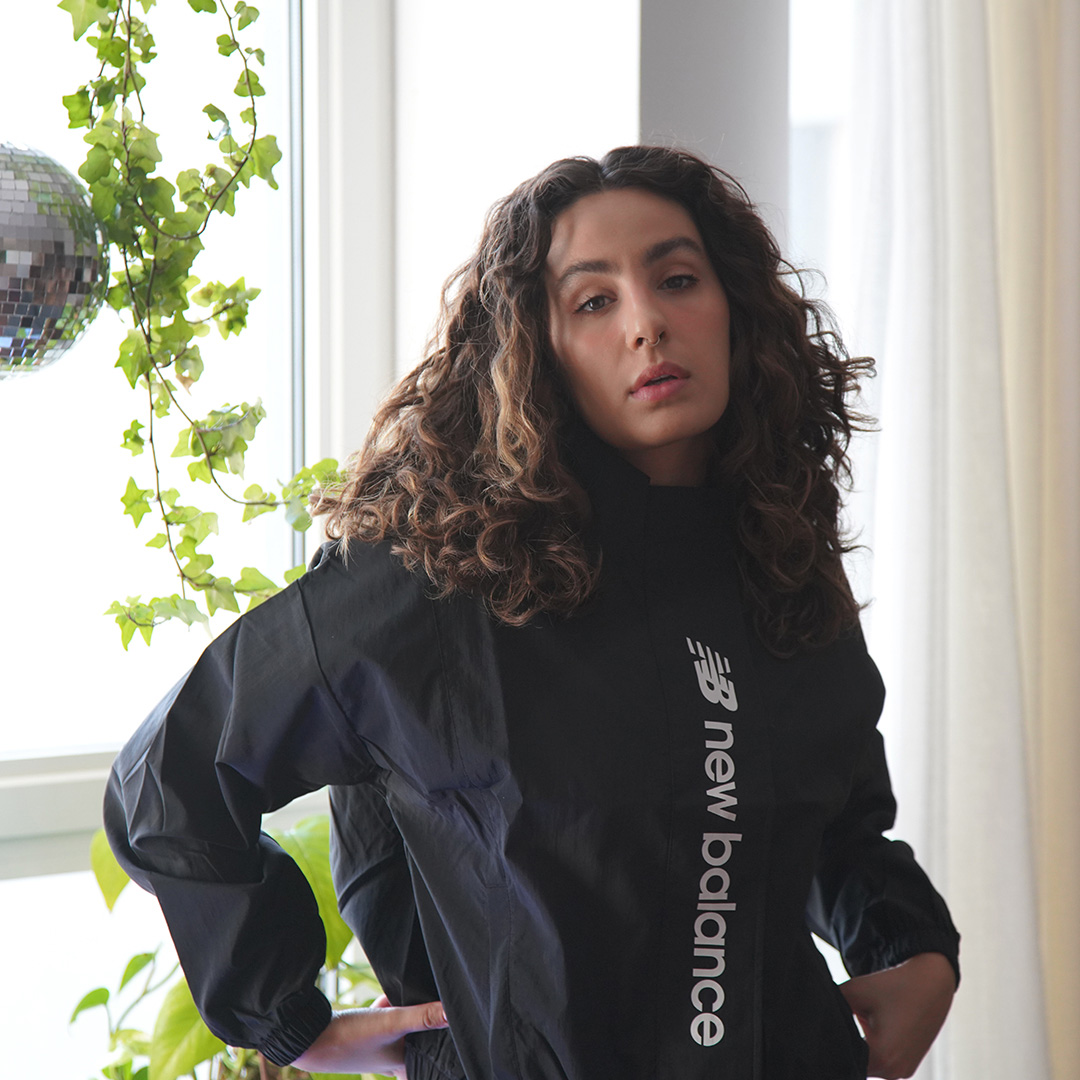 The campaign’s motto is ‘Energise a Generation’. How important is it for brands and ambassadors to entice positive change?
Incredibly. I think that trying to find a good middle ground between consumption and consciousness can sometimes be difficult but we’ve always been willing to participate in New Balance’s campaigns because they’re really rooted in the betterment of the community.

You have been an active member of Kuwait’s ‘I Will Not Be ilent’ campaign against harassment, what sparked the movement?
A combination of a lot of women’s voices and hard work behind the scenes eventually culminated in a firestorm of stories of harassment in the country. After being locked in the country this past year due to COVID-19, a lot of us took a longer, harder, more thorough look at what needed change and this movement is definitely propelling that change forward.

Why was it important for you to lend your voice to this cause?
It’s the responsibility of anyone with a platform to use it wisely and though I feel my participation in some social movements or causes definitely has hindered my ability to grow my platforms, I rest easier at night knowing that I didn’t stand idly by. 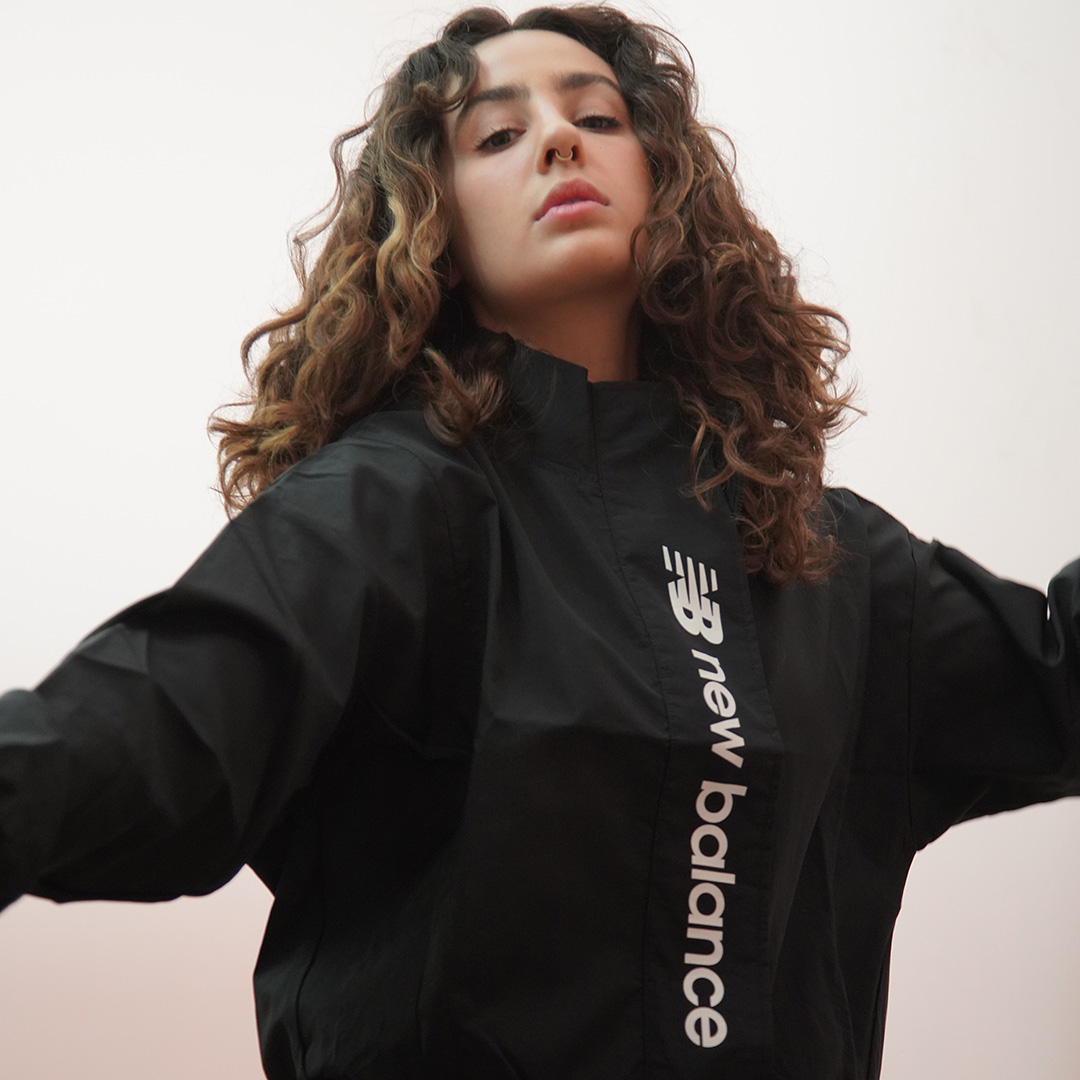 What are the changes you are hoping to make in the Kuwaiti society through this campaign?
Three folds: governmental change that will be reflected in law and policing, private sector pledges and anti-harassment training. Lastly but probably most importantly, a change in our cultural acceptance of such shameful behaviors.

We’ve seen a lot of #MeToo movements in different Arab countries from Egypt to Tunisia, do you feel that the region is making changes to address the matter?
I believe that each one of the movements learns and grows from the one before it. We’re able to watch each as a case study, reassess societal and governmental response, and tweak the movement until we eventually all feel it has been addressed to the best of our abilities. I’m encouraged by the fact that it’s now an open topic of conversation, whereas before it was incredibly shrouded in shame. That, to me, is a win. 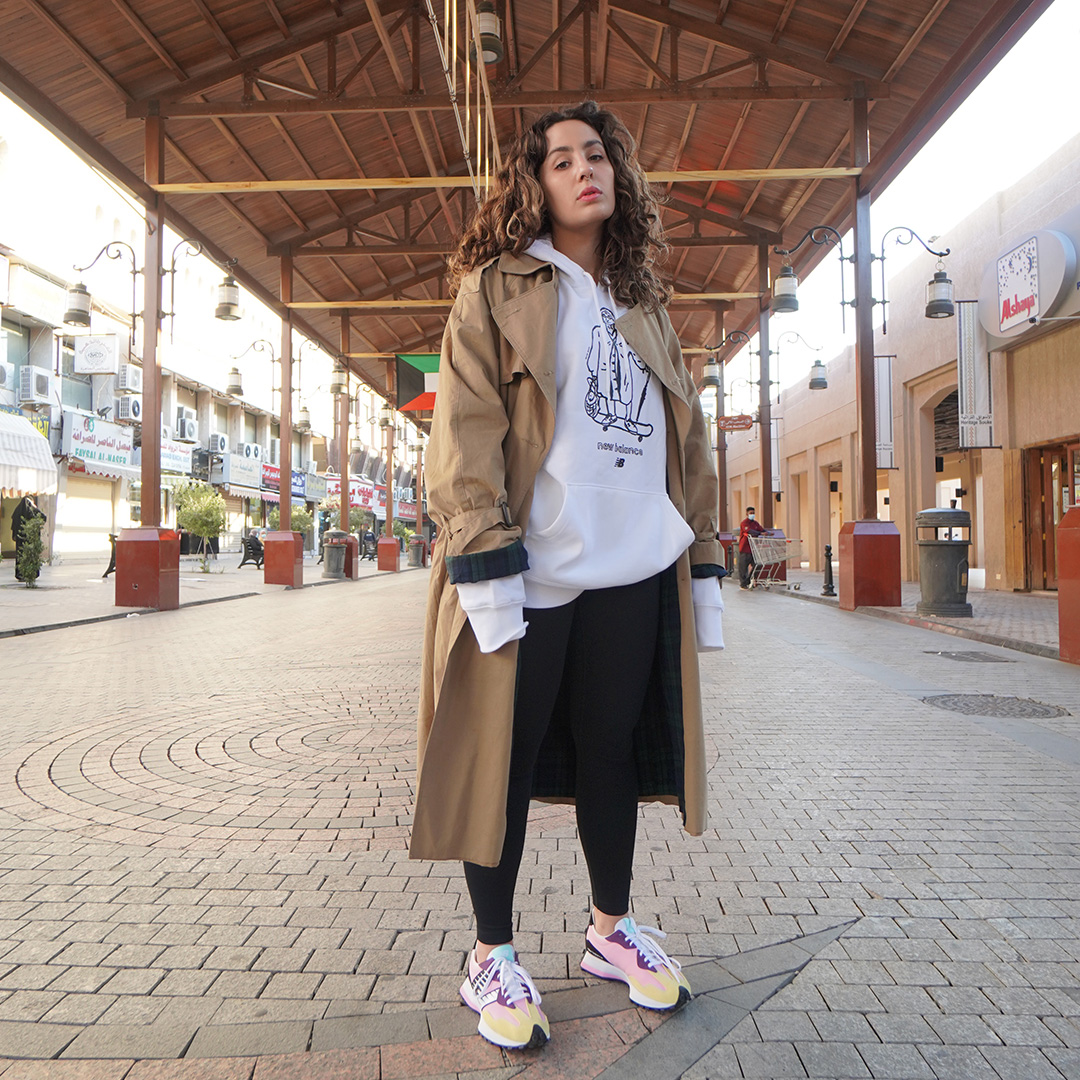 Not only do you use your voice for social change, you also lent your platform to Black-Arab women during the Black Lives Matter movement back in June, what prompted the idea?
I think it was necessary to show our region that anti-Blackness is not only an American issue. I was really discouraged to see it being waved away as an issue that had no effect on Arabs, when I know that to be false from Black-Arabs around me. This was not their experience in the region and I wanted to make sure I did my part to amplify their stories. I plan on making the takeover an annual event. I’m excited to hear from new creators this year.

What are your hopes for the region in terms of social issues like racism and women’s rights?
We need to let go of the idea that demanding change makes our country look back to the outside world. Vulnerable communities need change, they don’t need to worry about “saving face”.