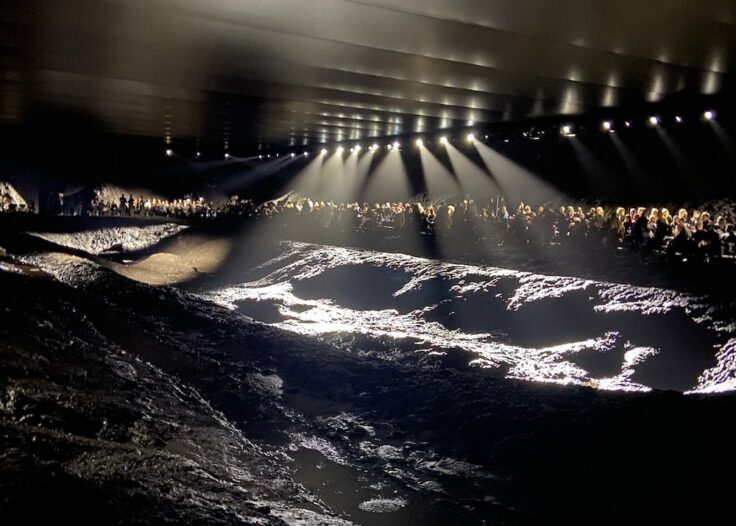 Demna presented the Balenciaga spring 2023 collection in a mud pit complete with puddles and sludge— a metaphor for “digging for truth, and being down-to-earth,” according to show notes.

But as we know, the first law of holes states: “If you find yourself in a hole, stop digging.” To paraphrase this adage: when in untenable position, it is best to stop making the situation worse. The idea is that there is humility in admitting defeat. But when you’re Demna, “the challenge is to get up and keep walking towards your true self after you have been beaten up and knocked down.”

To us, the set served as a metaphor for making it “out the mud,” a phrase popularized by rappers such as Lil Baby, Drake, and Future, which means to come from the bottom of something and make it to the top without any help.

This was further symbolized by models, including show-opener rapper Kanye West in his first-ever runway, who looked battle-ready as they stomped down the dirt-filled catwalk in platform heels and sparkling clogs with bruised and bloody faces, mouth guards, piercings, and horn prosthetics protruding from their foreheads by makeup artist Alexis Stone to a thumping soundtrack of gunfire and techno. 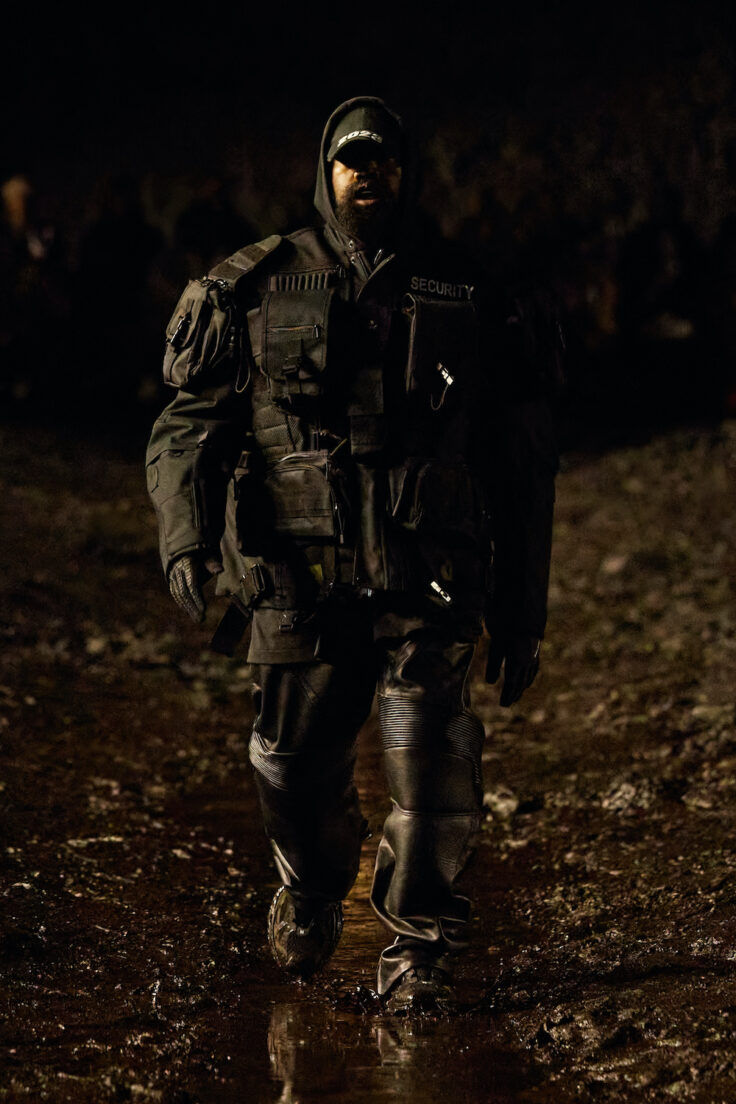 Mirroring the same anti-war sentiment from his Fall 2022 show, men carried newborns strapped to their chest, while long lame gowns trailed in the mud, splashing dirt all over the garments as well as the front rowers along the way. Boxy, padded coats, leather trousers, fishnet tops, alien sunglasses, baggy jeans, and coil scarves outfitted Balenciaga’s warriors on the mud-strewn battlefield as they headed for “the truth” in an apocalyptic scenario. Of course, its peak decadence, but art derives its value from the system that built it.

Artistic ambition aside, Balenciaga is on a mission to becoming a fully sustainable company and is aiming to encourage the practices of reducing, reusing, and recycling. The Kering-owned brand recently partnered with resale platform Reflaunt, to allow customers to sell their pre-owned Balenciaga clothing and accessories in return for store credit. So, the black leather dress made entirely out of the deconstructed Neo Cagole City bags was an impactful way to close the show. 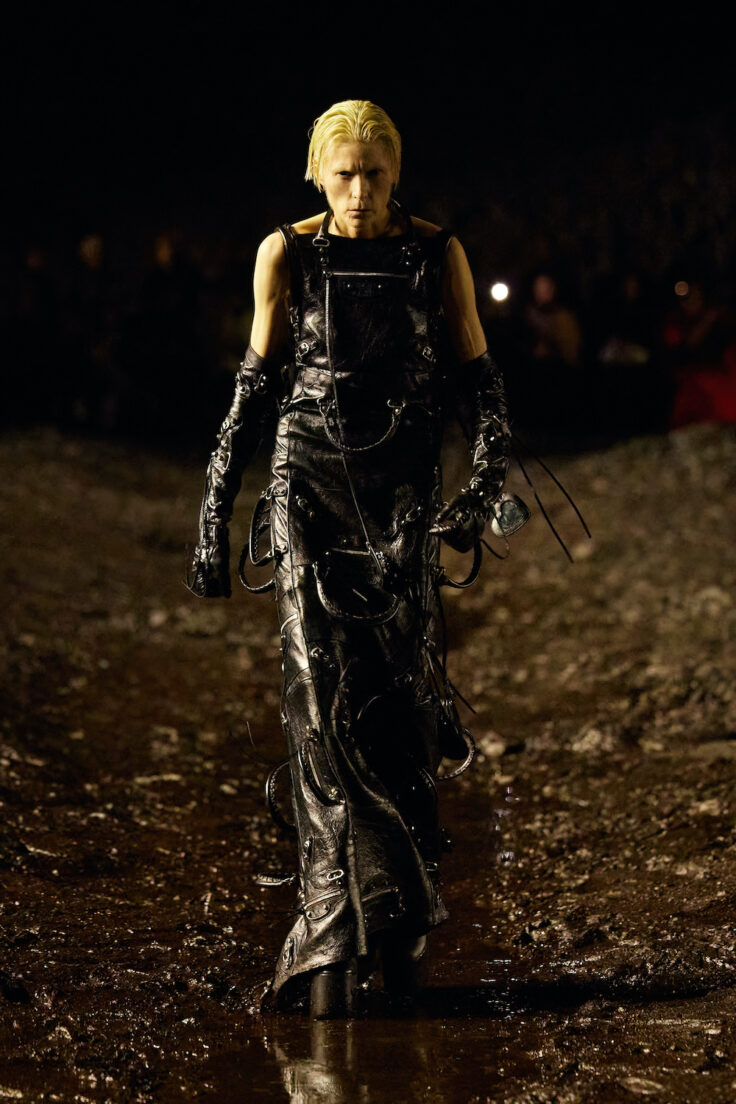 In addition to the clothes, the offering was punctuated by new handbag designs, including an oversized handle-less tote that you wear like a glove, as well as a Balenciaga-branded Lays potato chips clutch, a seeming reference to the viral TikTok post from June that saw the Georgian designer walking around with an empty bag of Lay’s Original Wavy Potato Chips and clutching it like it was a purse.

Balenciaga has a knack for taking seemingly mundane, every day objects and subverting them into a high fashion accessory. Ahead of its spring 2023 ready-to-wear show, Demna sent invitees a beat-up leather wallet filled with a photo of a cat, a fake ID, money, credit cards, and crumpled up receipts, among other artefacts. The name on the aforementioned ID and cards read Natalia Antunes, making it feel like you were rifling through a stranger’s lost wallet that you found on the metro or laying on the street on your way home. Of course, no explanation came with it, allowing us to draw our own conclusions, something we will have to get used to it seems.

“I’ve decided to no longer explain my collections and verbalize my designs, but to express a state of mind. Fashion is a visual art and all we need is for it to be seen through someone’s eyes. Fashion in its best case scenario should not need a story to be told to someone,” said Demna. “You either like it or not.” 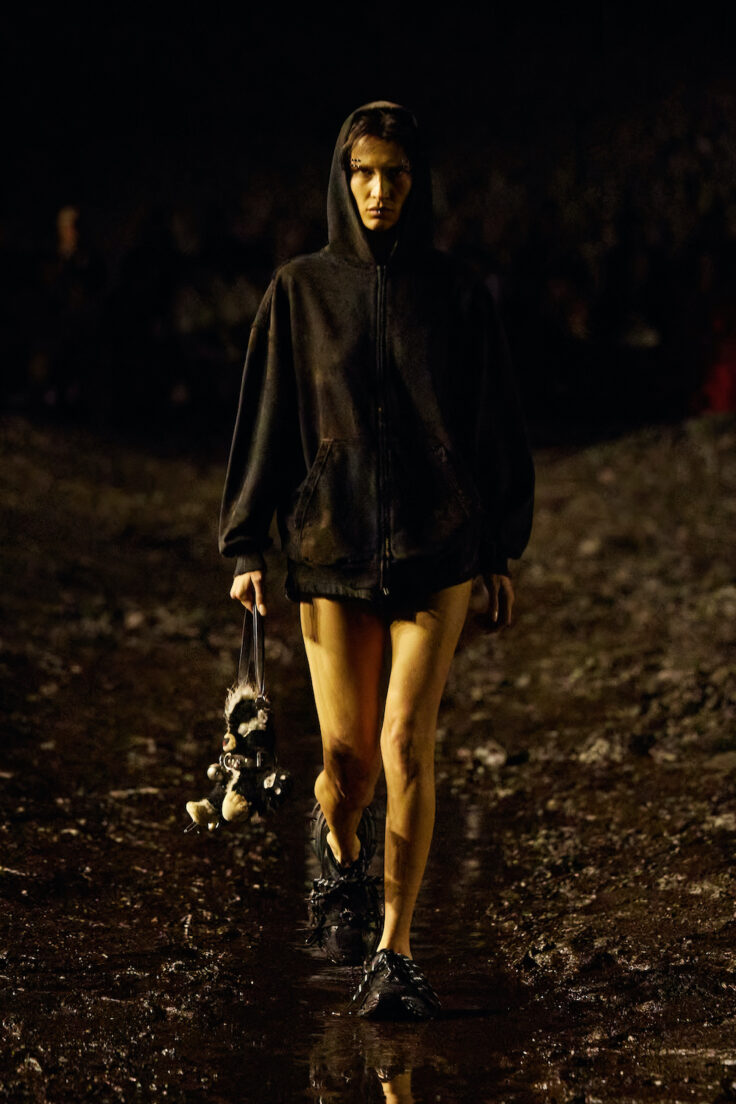 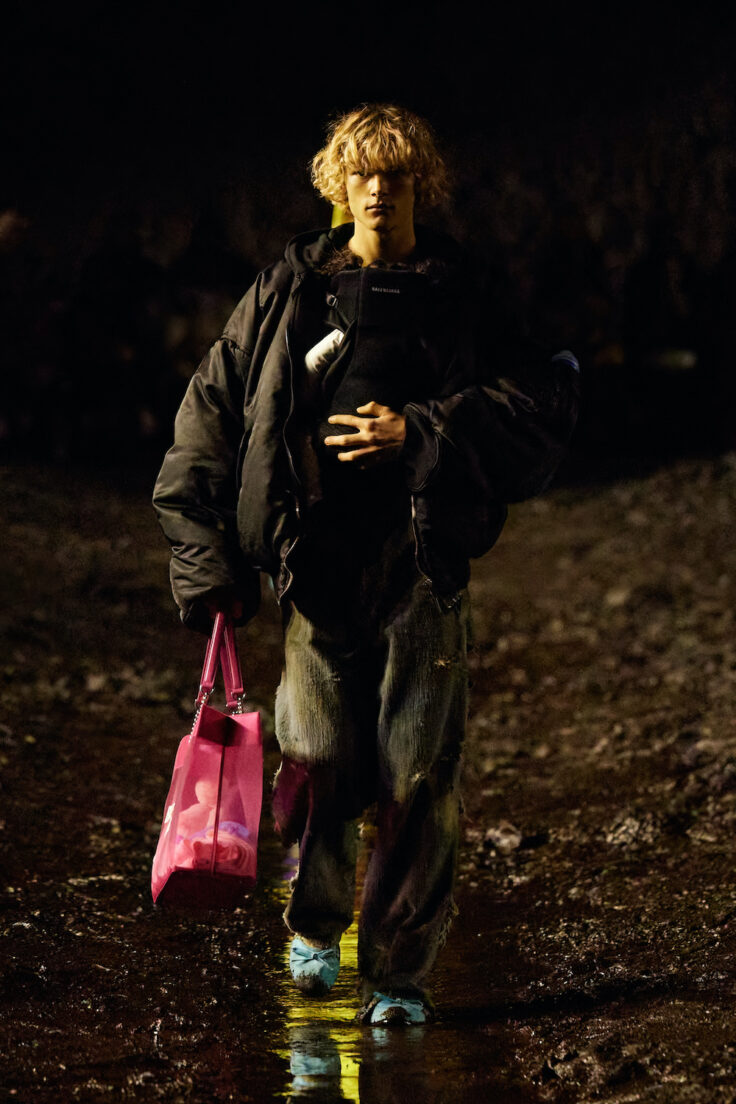 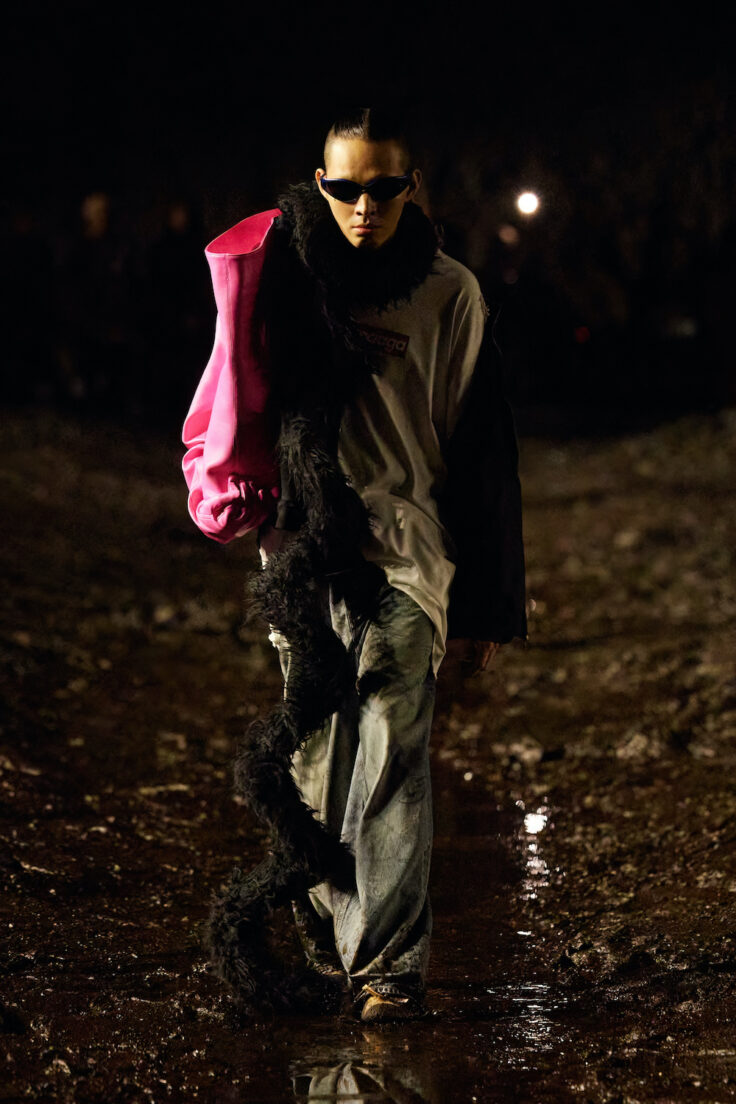 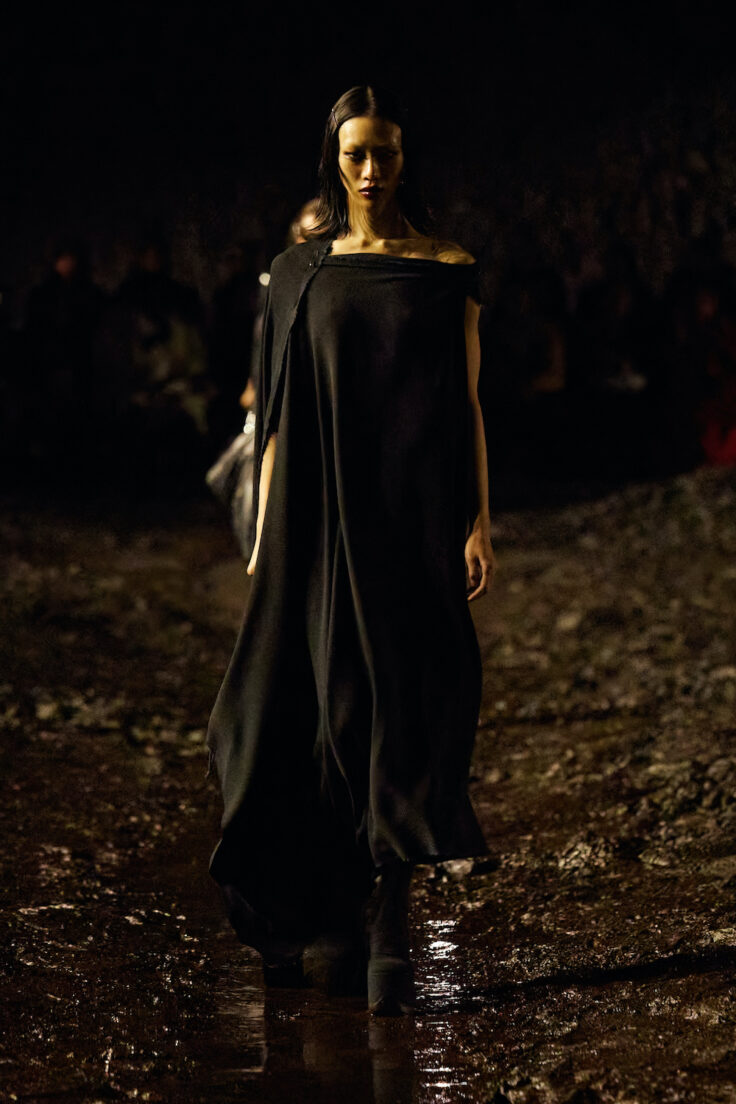 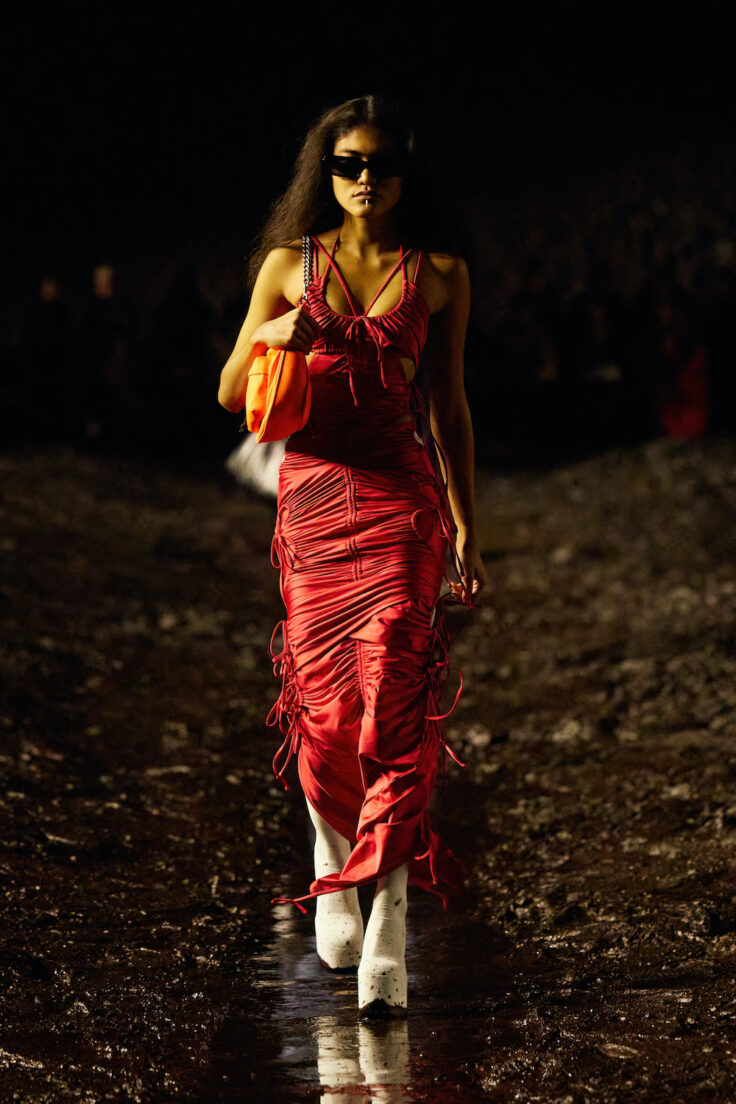 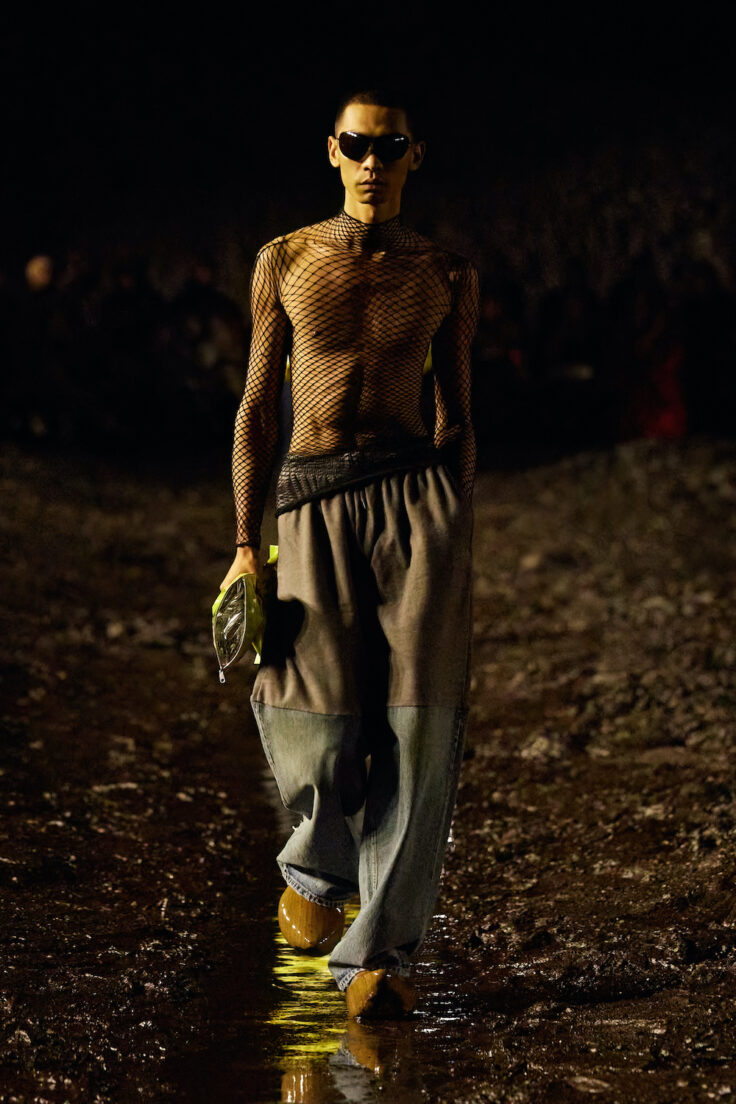 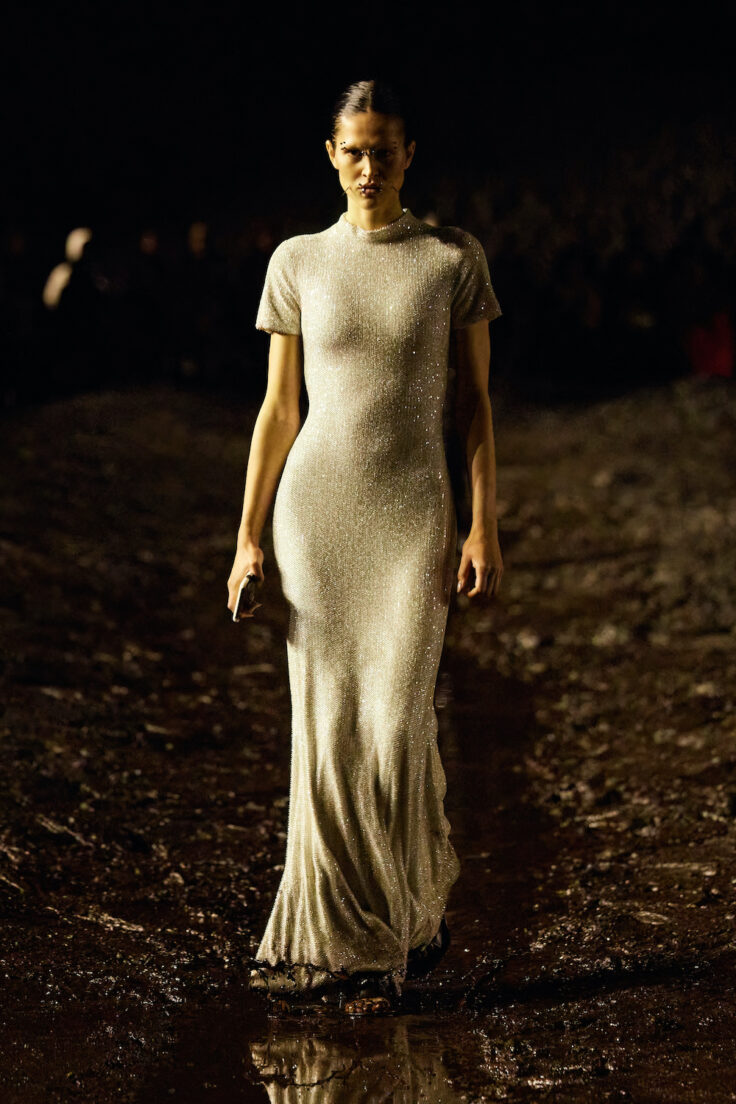 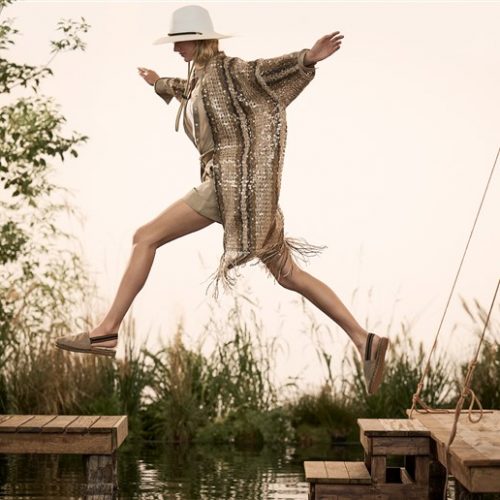