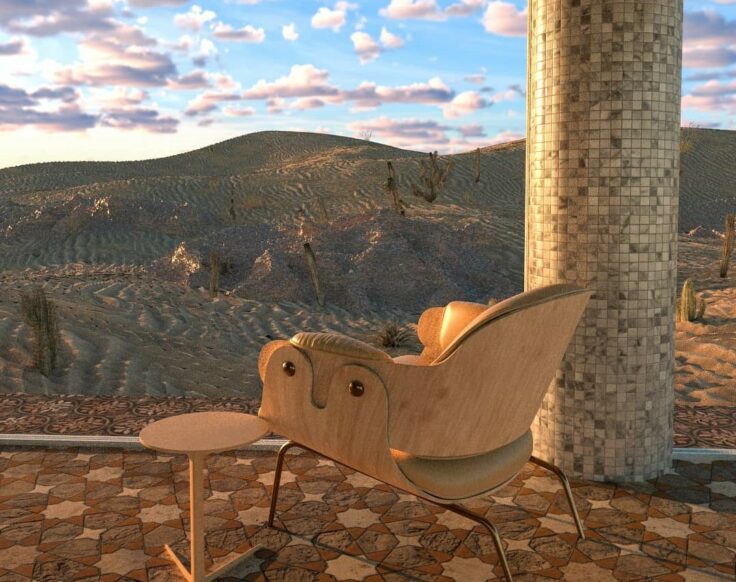 Arab Fashion Photographers to Keep on Your Radar

These are the names you need to know

As much progress as it has made, the fashion industry is far from being truly inclusive. At this point, the lack of diversity i is driving a wedge between fashion and its role to shape the zeitgeist. The little effort that has been made to address it so far is long overdue.

Fashion photographers in particular, play a big role. After all, everything is filtered through their lens. They hold the power to channel a vision, a point of view or even a political statement. And we’ve just about had enough of the same European names credited at the bottom of every campaign and magazine cover.

Whether it’s Africa, Asia, or South America, the world isn’t short of talent. Here in the region, Arab fashion photographers have been shaking the industry for quite some time with their ability to take things to the next level. For that reason, we’re putting the spotlight on them.

From Saudi Arabia to Lebanon, these are the Arab fashion photographers to keep on your radar.

Mous Lamrabat’s first source of inspiration is his home country Morocco, and more particularly his family. Growing up in Belgium, he felt misunderstood and misrepresented when debating the Arab world and Islam, thus he aims to challenge the stigma around his community though photography. He brings a whimsical and colourful touch, especially in his obsession with veils and fabrics—often seen covering his characters head to toe. He has lent his skills to major brands such as Burberry, Balmain and YSL Beauty as well as renowned publications like Vogue Italia and Vogue Arabia.

“My work doesn’t fit with what we’re used to in a lot of the mainstream media. That’s why I do a lot of street casting. I’m always looking for something real, raw; something that will remind me of the young teenager that I was not too long ago.” Growing up between Tunisia and the suburbs of Montreal, the now Brooklyn-based photographer’s work merges spontaneous shots with nostalgia and inclusivity. She has worked alongside Levi’s and Lancôme and saw her photographs end up on the pages of Vogue Spain, Teen Vogue, Dazed and GQ Middle East.

“Fashion for me is more about how the person is wearing the piece, and not the piece itself,” says Lebanese photographer Aly Saab. Born and raised in Beirut, he started out as a fine art photographer, but then slowly began experimenting with fashion photography to merge both worlds together. His un-staged photographs place his characters at the forefront and depict a personal and intimate take of fashion photography. The 31-year-old has worked with local brands such as Emergency Beirut, Roni Helou and Mara Atelier as well as magazines like A Magazine, L’Officiel, Cold Cuts, and Voyeurs Journal.

Born in Jeddah, Beydoun started her artistic career as a painter and digital artist, having exhibited at Athr Gallery and ROOM NO.5 in Jeddah as well as Amber Gallery in Morocco. Following a stint in Paris studying fashion photography under the creative direction of Paolo Roversi and Dominique Issermann, she returned to her home country to launch MishMosh, a Saudi-based creative agency dedicated to giving a vital voice to young, up-and-coming Saudi creatives. “I thought why not make it with the support of the people around me, I wanted to make it easy for the suitable local talent to be found by the global brands looking to localize their campaigns, capsules, or what may be,” she says.

Iraqi and Omani photography duo Chebmoha and Chndy have made a name for themselves in the regional fashion scene for their creative direction that oozes localism and community. Alongside working on the genderless brand Shabab International, they have landed major campaigns with Nike, Les Benjamins and Carhartt WIP and were behind GQ Middle East’s cover of music duo Majid Jordan.

Saudi native Hayat Osamah first discovered an interest in photography at a young age, when she would capture outfit pictures for social media with a digital point-and-shoot gifted to her from her mother. After sharpening her photography skills via YouTube tutorials, the 27-year-old began shooting Saudi’s burgeoning creative scene and uploading the raw portraiture of her subjects onto her online project Recent Magazine. The self-taught imagemaker now has several editorials under her belt for renowned publications such as GQ and Vogue, and campaigns for the likes of Diesel and Farfetch. We love her honest, touching portraits that capture the carefree essence of Saudi youth.

Lebanese photographer Bachar Srour graduated with a plastic arts degree but quickly shifted his attention to photography working on commissioned fashion editorials. His raw and candid style scored him features on prominent magazines like L’Officiel and A magazine as well as campaigns for Harvey Nichols and Lebanese brand La Terre Est Folle.

“The newer generation is looking at their culture and body of work beyond it being ‘local and cultural’, we’re aiming to meet and exceed the international standards,” says Saudi-based photographer Designless about the local creative scene. He has made a name for himself working alongside Farfetch, Matches Fashion, Adidas and Vans to name a few. His work was also featured on the pages of GQ and Schön! magazine.

Dubai-based Tunisian photographer started his career taking street style photos for Style.com/Arabia. Almost a decade later, his portfolio includes everything from features on the pages of renowned magazines like Vogue, L’Officiel and Harper’s Bazaar to campaigns with Dior, Chanel, Ounass and Harvey Nichols. But Achour is about more than just fashion. The photographer has lately been making turns towards a more political and personal approach to photography. “How can I use fashion and photography to raise awareness?” is the question that triggered his 2019 photographic series entitled ‘The Real Issue’, a series of images that bring to light serious global issues from gun control, pollution, safety and water to the refugee crisis.

Hailing from Djerba, Tunisia, Bilal El Kadhi work explores his memories of identity, home and familiarity. He has worked with Isabel Marant, Noon Goons and more recently he shot Kodak Black in Paris. Known for his minimalism and real-to-life approach he’s one of the real stars of the Arab fashion world.

Bachir stepped into the world of photography when got his first award, a canon 1200D camera, in a painting competition when he was a student in Lycée Pilot des Arts. During one year he studied at The School of Fine Arts of Tunis, when he decided to learn architecture at the National School of Architecture. His artistic approach is often capturing the ordinary and transforming it into the extraordinary, using human elements to portray and narrate a story. His work was exhibitioned in AGorgi gallery, and Tayachi also collaborated with Vouge Arabia Men after photographing olympian and gold medal winner Ahmed Hafnaoui.

Hailing from Kenitra, Moroccan photographer and director Mouad Abillat, has taken his joy of street photography to the world of fashion. He perfectly embodies stylistic value with Arab chic across his work. He gained notoriety from his collaborative project Red Lemon Symphony, working with designer and stylist Anwar Bougroug, model Tilly.

German Egyptian Malak Kabbani is a Central Saint Martins educated photographer that floats and navigates between different realms and areas of snapping pictures. Tapping into fashion photography as much as she taps into documentary photography, the multi-faceted creative expresses herself best strolling down the streets of her native Egypt behind a camera and with a lens in her bagpack. With a Vogue cover under her belt, Kabbani is best recognised for her unique use of texture and colour through her frames — a technique that seems to follow her through most of her ventures.

Born and raised in the constantly evolving Kingdom of Saudi Arabia, Kinzy Al Saheal made a name for herself by documenting the lesser known parts of her hometown Jeddah. With a background in Studio Arts completed in LAU, Los Angeles, the up and coming photographer has been making waves in the industry notably by having placed her shots amongst some of the world’s most revered institutions including Vogue, GQ and Marie Claire to mention just them. If you’re still wondering, yes, she definitely is one if the region’s next creatives to be following before it’s too late.