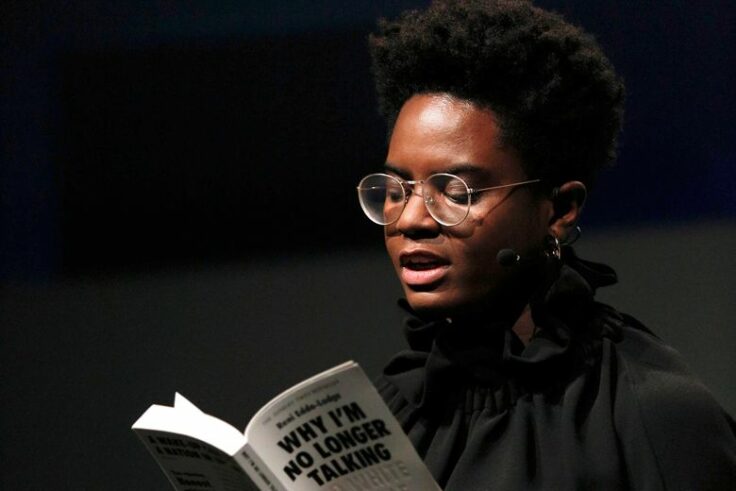 Solidarity is a long-term commitment

It’s been over two weeks since police in Minneapolis tragically murdered George Floyd. From Syria to Los Angeles, protestors have taken to the streets in support of the Black Lives Matter movement. Tired and frustrated, people are demanding the complete undoing of systemic racism.

With conversations having been sparked across the globe, with non-black people being held responsible for their roles in holding racist systems in place, if these protests should teach those of us who aren’t black anything, it’s that it’s enough to not be racist. In order to be a true ally, we all need to be actively antiracist. And to do that, time and effort needs to be put in. Re-education takes time.

In North Africa and the Middle East, the protests have inspired countless discussions regarding anti-black racism on social media, marking the stepping-stones towards a broader anti-racist societal change. And whilst Arab-specific literature on race is practically non-existent, there is a lot to learn from Black-American race scholars.

If you’re not sure where to start, we’ve rounded up a few books for you.

Why I’m No Longer Talking to White People About Race – Reni Eddo-Lodge
Reni Eddo-Lodge’s debut book comes after a viral blog post by the author that read: “I’m no longer engaging with white people on the topic of race. Not all white people, just the vast majority who refuse to accept the existence of structural racism and its symptoms. I can no longer engage with the gulf of an emotional disconnect that white people display when a person of colour articulates their experience. This emotional disconnect is the conclusion of living a life oblivious to the fact that their skin colour is the norm and all others deviate from it?” After sparking a national conversation, Eddo-Lodge went on to expand, digging deep into the sources of her feelings in the book. The book discusses the whitewashing of history, whitewashed feminism, and the relationship between race and class.

How to be an Antiracist – Ibram X. Kendi
In his book How to be an Antiracist, Kendi – one of America’s most respected race scholars – proposes an imagining of an antiracist society by proposing a questioning of any and all our implicit beliefs and values. To Kendi, ideas, actions and policies fall under one binary: racist or antiracist; and in order to be the latter, effort must be put in to question one’s most implicit belief systems, ideas, and actions.

Justice in Everyday Life: The Way it Really Works – Howard Zinn
If you’ve ever questioned if legality is morality, you’re going to need to read this. The book is a collection of essays exploring the theme of justice by numerous authors who open up about the rhetoric through difference lenses: the police, courts, prison, education, health, and housing.

Superior – Angela Saini
Science and race have always been intertwined, and in Superior, Angela Saini unpacks the relationship between the two, showcasing how data is often used to abuse the concept of race, intelligently presenting the argument that race and science can be quite the tool, and is often adopted by the far right to gain, and maintain power.