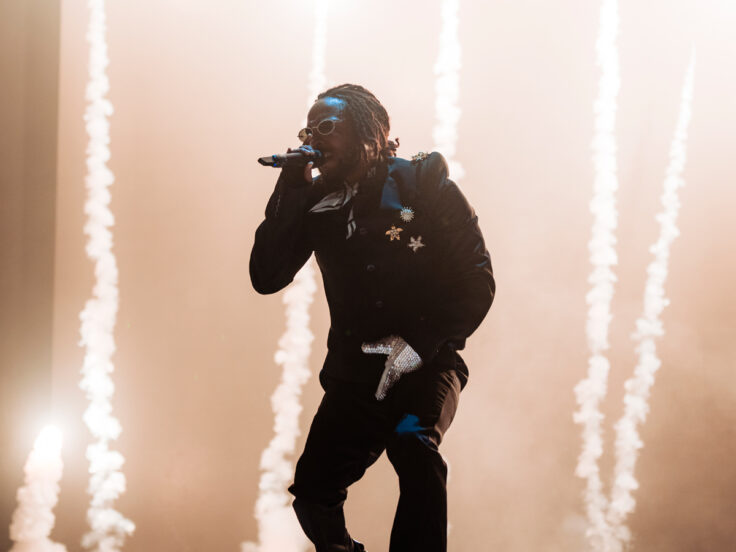 The Best Concerts in the Region to Book Now

The lights suddenly go down. Thousands of eager voices start screaming in anticipation. Your favorite artist emerges into the middle of the stage— Few things compare to the rush of a live show. After COVID-19 shuttered live music events worldwide in 2020, artists are now returning to festival and concert stages around the world, and the region is no exception. From Riyadh to Cairo, here are the best live-music shows in the Middle East to get excited about for 2022.

The Canadian-Moroccan singer’s concert is set to take place in Dubai Media City as part of Dubai Summer Surprises (DSS) and her first world tour, Citizens. Other stops include Tunisia and Egypt.

You won’t find 50 Cent “in da club” this September as the New York rapper is set to take the stage at Dubai’s Coca Cola Arena to perform some of his chart-topping hits as part of his Green Light Gang world tour.

The English singer-songwriter, best known for hits like Budapest and Blame It On Me, will also take to the stage at Dubai’s Coca-Cola Arena in October.

Known for hits like Before You Go and Someone You Loved, the Scottish hitmaker is returning to the UAE in November, after previously performing to sold-out crowds in Sharjah and Abu Dhabi.

The legendary boyband from Ireland are scheduled to hit the stage in Abu Dhabi for the first time, performing at the Etihad Arena on Yas Island.

The electronic music group are one of the confirmed headlining acts for the Yasalam After-Race Concerts at the F1 Etihad Airways Abu Dhabi Grand Prix this November.

Also headlining the after-race concert series is US hip-hop icon Kendrick Lamar, who will perform some of his biggest tracks, including from his fifth studio album Mr. Morale & the Big Steppers, which came out in May.

The nine-time Grammy award-winning artist will be returning to Abu Dhabi this year to perform his top hits, like White Iverson, Rockstar, and I Fall Apart at the Etihad arena.

Lead singer Dan Reynolds, guitarist Wayne Sermon, bassist Ben McKee, and drummer Daniel Platzman will be descending on the capital for an epic gig at the Etihad arena as part of their Mercury Tour.

Gamers8 is an e-sports event that is running until September 8 at Boulevard Riyadh. The event has seen performances from the likes of J. Balvin, Lil Pump, and Nancy Ajram, and will see DJ Snake and Black Eyed Peas take the stage later this month.

The US band who gave us hits like Apologize and Counting Stars is returning to Riyadh for another concert. They previously performed at the Diriyah E-Prix back in 2018.

The four-day electronic music festival in Saudi Arabia is returning to the Kingdom’s capital, bringing with it an impressive lineup of renowned electronic DJs and international superstars.

Later this month, Cairo will play host to US singer Jason Derulo, who is returning to the Egyptian capital for another performance.

The Atlanta-based rapper is all set to return to Egypt to perform live at the Pyramids in Cairo as part of his world tour, The Journey Is Everything. He is expected to play some of his chart-topping hits  like What They Want, Losing Control, and Best on Earth. The rapper first performed in Egypt back in 2019 in Al-Alamein on the north coast.