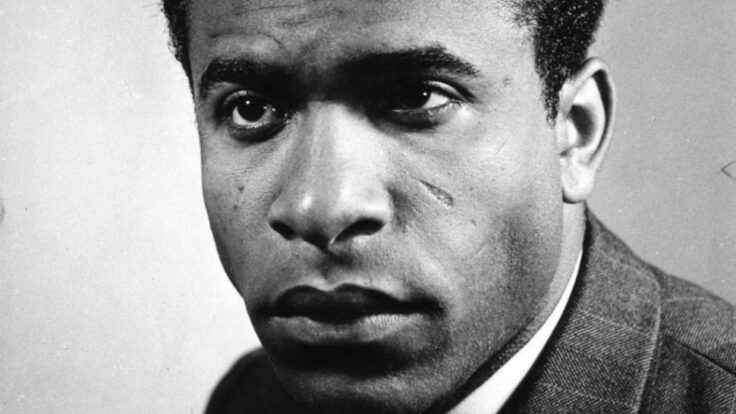 Consider this your Fanon starter pack

When it comes to colonial and post-colonial studies, Frantz Fanon is the subject’s most articulate thinker. When it comes to anti-colonial liberation movements – Fanon’s influence is unrivalled.

His line of thinking can be traced back to his experience as a member of the Free French Army—an experience that exposed him to racial hierarchies that were inherent structures of the military.

He then became one of few the black students studying psychiatry in France. It was there that his dissertation examining the psychological effects of racism on black people was rejected.

After years of practice as a psychiatrist in Algeria under colonial rule, he explored the psychological traumas of his Algerian patients.

This ultimately led to him joining the National Liberation Front (NLF), fighting against French colonialism in Algeria. Despite being deported from the North African nation—Fanon continued his work in neighbouring Tunisia, practicing psychiatry, and working the FLN provisional government in Tunis.

His time spent working as a psychiatrist in Algeria, joining the NLF and having his dissertation rejected are the catalysts of the creation of his most seminal text, The Wretched of the Earth; which delves deep in the psychology of the colonized, and ultimately unravels the blueprint of decolonization as a social movement.

One of his last published works, Toward the African Revolution, was a culmination of some of Fanon’s shorter essays and speeches that in some ways serve as an outline for anti-racist and liberation movements worldwide.

If you’re not yet familiar with Fanon’s work, there’s never been a better time to familiarise yourself. We’ve rounded up five of Fanon’s best texts, some of which were his most influential, and others that are particularly relevant to our current socio-political climate.

Concerning Violence – The Wretched of the Earth

The opening chapter of Fanon’s The Wretched of the Earth, is an essay entitled ‘Concerning Violence’. It analyses violence as a tool used by colonizers, which ultimately makes it a necessary tool to be used when fighting for decolonization. In the essay, Fanon details violence as inherent to the structuring of colonialism. He concludes that resistance (i.e decolonization) will inherently be violent seeing as it’s essentially the oppressed using the language of the oppressor.

Among other things in this essay, Fanon opens a conversation on the creation of Blackness as a construct that opposes whiteness, addressing the ways in which the history of racism eliminates the possibility for black people to be seen for their individual patterns of thoughts or behaviours due to their blackness being perceived as a representation of the black race.

As a psychiatrist, mental health was fundamental to his philosophies on colonisation and racism. In this essay, Fanon examines the trauma that black people face due to their skin colour—and that modern psychology does not take into account the psychological traumas caused to black people due to their suffering.

Racism and Culture – Toward the African Revolution

Despite being one of Fanon’s lesser-known works, Toward the African Revolution proved itself to be one of the most influential tools for liberation movements across the globe. The book is a collection of some of his shorter writings, in which Fanon took to laying out tactical strategic approaches. The second chapter, entilted ‘Racism and Culture’, was a speech given by the revolutionary at the first Congress of Black Writers and Artists. In it, he stipulated the importance of dismantling systemic, institutionalized racism. According to him, the only way to be completely anti-racist is to refuse to participate in racist systems and institutions.

Toward the Liberation of Africa – Toward the African Revolution

As part of his book Toward the African Revolution, Fanon’s piece ‘Toward the Liberation of Africa’, presents his ideas of violence as they were also dictated in his essay ‘Considering Violence’. The essay was in response to the commonly used logic of French leftists who disapproved of violence against Algerians simply because it birthed a violent French youth, disregarding the suffering of Algerian youth, and ultimately the relationship those oppressed build with violence—which as a result, becomes seen as a tool to be used by both the oppressor and the oppressed.