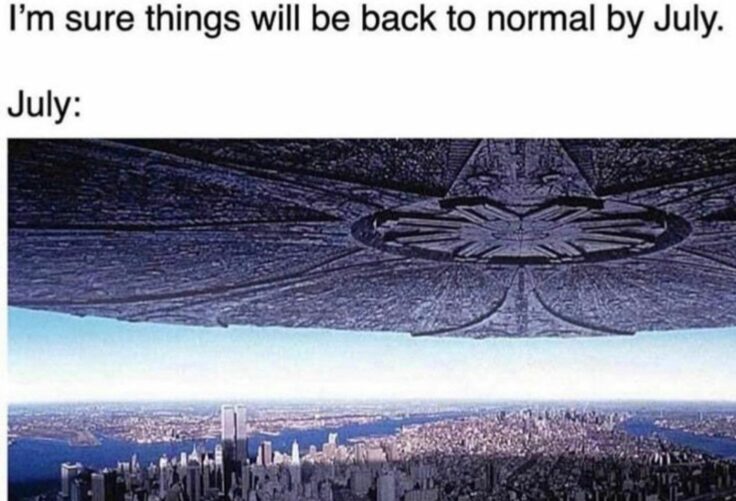 The daily laugh you needed

It turns out, an apocalyptic pandemic wasn’t dystopian enough for 2020. The year got even stranger this week when the Pentagon released footage of UFOs.

The footage, which is said to have been taken in 2005 and 2015 by the Navy was declassified by the government entity, adding even more uncertainty to a future that wasn’t already short of ambiguity.

The videos were leaked years ago and have been making the rounds amongst alien conspiracy theorists ever since. If this year couldn’t get any crazier – the possibility of aliens no longer seems far-fetched.

To add more queries to your probably-already-long list of doubts, the intention behind the timely release of the footage is also under question. The news came just days after Donald Trump made the dangerous claim that disinfectant injections might be a cure for coronavirus.

Make of it what you will. In the meantime, these are our favourite memes that perfectly nail the innumerable layers of the news.

Waking up and seeing #UFOs trending after everything that’s happened in 2020 already pic.twitter.com/ah2UcffO0D

At this point, Aliens taking control of the world doesn’t seem that bad. They probably read Trumps tweets

*i bet nothing can surprise us anymore…

2020 has changed us #UFOs pic.twitter.com/RX9VReqZLx

Things have gotten so bad, that they're releasing UFO video footage as a diversion.#UFO #UFOs