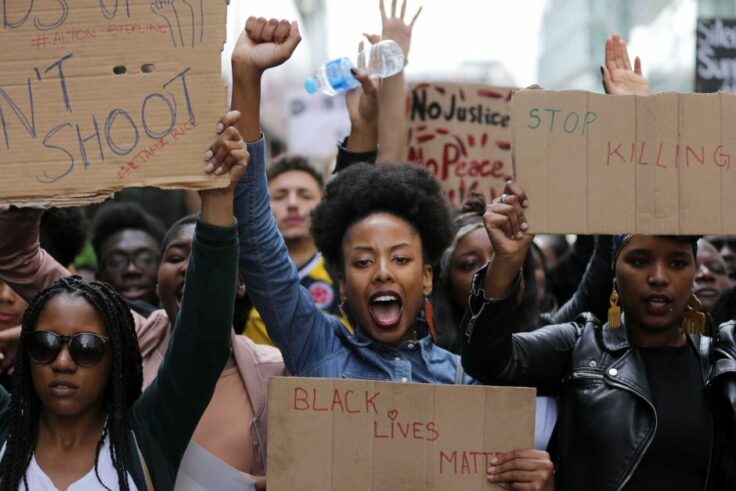 Black Activists, Organizers and Journalists You Need to Follow

These are the voices we must listen to

On Tuesday your feed was likely flooded with black images—a social media movement believed by many to be a form of solidarity with the Black Lives Matter movement. What ensued was anything but that. Instead, the black images and the hashtags attached to them (which were shared by the millions) proved themselves to be a result of a tragic level of misinformation.

As soon as the movement took momentum, black activists, organizers, writers and journalists took to their platforms to express their concerns over its effects and origins. Not long after, millions of posts wrongfully used the #BLACKLIVESMATTER hashtag, flooding it with millions of black images, ultimately burying a sea of information about the movement that has been cultivated over the course of five years, since Black Lives Matters was founded in 2014.

IM SO ANGRY IM ON THE BRINK OF TEARS

THEY GOT YALL TO ERASE THE PROTESTS FROM INSTAGRAM

The campaign’s roots were loosely traced to a blackout called #theshowmustbepaused orchestrated by members of the music industry, urging those who have been impacted by recent events to take a break.

Despite calls by black activists to end the campaign, expressing their disdain for it (including its questionable roots and damage) the campaign continued.

Wassup y’all. @MoeTheSudani & I put this together about #BlackoutTuesday. The solidarity is appreciated but it’s not helpful if folks are going silent when people are still on the streets. Here’s a list of orgs/funds, #DefundThePolice resources and links to black businesses. 🙏🏾 pic.twitter.com/putble8AI0

What wound up being dubbed #blackouttuesday, has now been undoubtably the result of misinformation, and ultimately misplaced ally-ship. It’s exemplary of the harm caused by performative activism, and what a lack of research can do. And this is exactly why it is imperative to listen to black organizers and follow their lead.

If you don’t know where to start, we’ve rounded up a list of black activists, organizers, journalists for you to follow.

Showing Up for Racial Justice