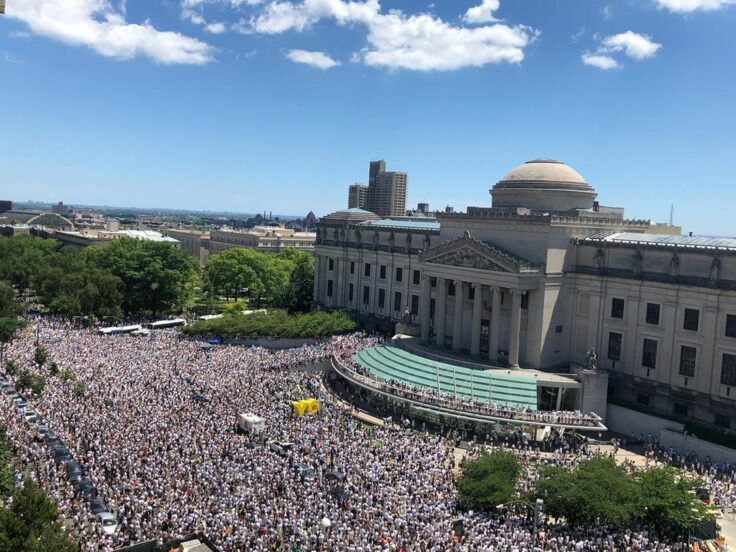 10 Things That Have Happened Since BLM Protests Started

Protestors from all over the world have been taking to the streets in the wake of George Floyd’s murder for the last three weeks. Since May 25, demonstrations have taken place in all 50 American states as well as 13 different countries – including Palestine and Syria.

Despite a few violent turns and several people questioning the very purpose of the protests, they’re now three weeks in and still going strong. Yesterday a crowd of 15,000 people gathered in Brooklyn for Black trans lives.

Ten days ago, West Dakota called me with idea. A Brooklyn-based protest creating space and action for Black trans lives. She referenced a New York protest in 1917 when the NAACP assembled 10,000 all wearing white standing up against anti-Black violence. #brooklynliberation pic.twitter.com/NlzecJrolU

Berlin drew a 20,000-strong crowd and thousands flocked to Parisian streets this past weekend to march in memory of Adama Traoré, a young black French man who was killed whilst in police custody in 2016. In London, anti-racist BLM protestors peacefully took to the streets as well.

Although the protests may have led to the arrests of all four policemen who murdered George Floyd, activists are still fighting for the arrests of the police officers who killed Breonna Taylor and demanding the defunding of police forces.

To see some of the results of three weeks of protesting, look no further.

The Oscars have committed to a new list of diversity measures

L’Oreal and Starbucks become the poster brands of performative activism

Vogue US was called out for racism by former employees

I will say this: my time at Vogue, at Condé Nast, was the most challenging + miserable time of my career — The bullying + testing from white counterparts, the completely thankless work, the terrible base pay + the racism was exhausting.