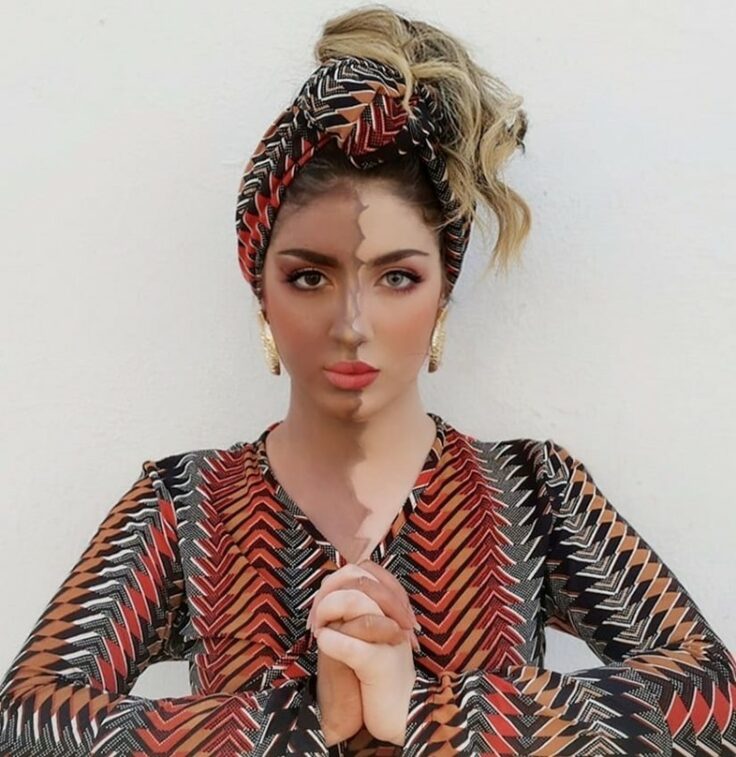 Blackface is Racist, and It’s Not Up for Debate

The biggest symbol of anti-black racism needs to be abolished

There is no history behind blackface except a racist one. Despite this, the offensive practice has stood the test of time. Which is entirely symptomatic of the incessant racism that is imbued within societies around the world. The continued prevalence of blackface is a testament to the dire need for antiracist social movements, like Black Lives Matter. And that need is global.

Following the recent set of protests in the wake of George Floyd’s murder, countless non-Americans have taken time to reflect on their own societies’ anti-blackness. Protests in solidarity with #BLM made their way to over 20 countries around the world including Palestine, Syria, and Tunisia.

But the solidarity expressed by Arabs across the region didn’t come without one of the Arab world’s standard racist tropes: blackface. The racist practice is a television staple. It’s a pop culture platitude. This is outright racist – and that in no way is up for debate.

The racist tradition saw its beginnings in the early 1830s in America, when white performers used tar or shoe polish to blacken their faces, imitating and mimicking African slaves.  As the years went on, blackface developed. White performers exaggerated African features, white faces were painted black, lips were enlarged and painted red whilst depicting enslaved Africans as lazy and ignorant. They attached the African character to crime too . This was then called a ‘Minstrel show’, and it was broadcasted on radios, televisions and theatres for decades for everyone to consume, making blackface is the backbone of practically every Black stereotype you’ve heard.

Whilst Minstrel shows eventually saw their end, blackface didn’t.  It continues to be used as a device to dehumanize black people. In the Arab world, much like the early days of minstrel shows, the offensive practice is mainstream.

Blackface is prevalent in Egypt, a country that is home to a sizable black, Nubian minority. Yet, black people are rarely visible in Egyptian television. When they are, they’re given roles that only serve discriminatory stereotypes. Egyptian comedian Shaima Saif, who donned blackface in a prank show to portray a Sudanese woman. The show was aired on MBC. Saif’s character then worked to agitate other passengers and steal their phones. Another example is popular Egyptian series Azmi and Aashgan, which featured a character in blackface to play the role of a thief.

But it’s not just Egypt, that same year, a Kuwaiti show, Block Ghashmarah, saw two characters donning blackface to portray Sudanese people and perpetuate stereotypes. Lebanese singer Myriam Fares—one of the region’s biggest pop stars—is guilty of it too, after years of donning box braids she later painted her skin black in the music video for Goumi.

Blackface is a racist device in the Arab world just like it is in America. “Racism is a worldwide phenomenon. In some countries it’s met with disapproval, in others with denial,” wrote journalist Brian Whitaker. In the Arab world, racism is met with denial. And that probably has something to do with the region’s lack of acknowledgement of the Arab Slave Trade, among other things.

The past few weeks provided us with far too many examples of how little the 1300-year-long event is considered. If it had been, perhaps we’d have seen far less Arab celebrities and influencers posing in blackface to express disdain towards racism in solidarity with #BLM,

Non-black Moroccan actress Maryam Hussein was among those who imprudently posed in blackface for her 644,000 Instagram followers. To her, it was a form of solidarity. The now-deleted post was accompanied with a caption that read a hadith of the Prophet Mohammed: “There is no superiority for an Arab over a non-Arab, nor for a non-Arab over an Arab. Neither is the white superior over the black, nor is the black superior over the white – except by piety. Humans come from Adam, and Adam came from the soil.”

مريم حسين really thought the way she would protest racism is by doing… blackface?! Yet arabs STILL think they’re not part of the problem? pic.twitter.com/OtB3J3kIvS

After being slammed for the post by many, Hussein responded: ““I don’t like stories or history. I’m a person who lives in present time. Past is Past.”

Without consideration to the antiblackness in Arab societies, non-black Lebanese singer Tania Saleh also posted a photo of herself in blackface, writing “ I wish I was black today, more than ever”.

When confronted with the historical connotation of blackface, Saleh defended herself by citing. At the time of writing, Saleh’s post is still up.

Another non-black Khaleeji influencer took to her snapchat to explain what blackface is, with her half her face painted black. Several other posed in blackface while making vaguely antiracist statements.

Based on their illicit comfort with blackface, imperviously oblivious defences,  all aforementioned women have one thing in common. If you’ve ever addressed racism with a racist Arab, you’re probably also familiar with the trope. A racist Arab’s defence is often paralleled with a divorce from American or European racism. They also recklessly divorce themselves from Arab racism too, though.

But, as writer Susan Abulhawa points out, the Arab slave-trade may not have been an important feature of Arab economies, but it’s still a troubling part of our history. It remains unacknowledged. And it underpins the racist rhetoric and practices of our region, like blackface. We’d be remiss (and racist) to think that such a long history of enslavement of Black men and women would leave no racist traces.

In order to deconstruct racism in the region, the first step would require a thorough analysis of our history, which includes a rarely-discussed Arab Slave Trade that undeniably left its trace. Colonialism and western imperialism too, as well as a more recent process of globalization that’s guiding our current approach to antiracist activism.