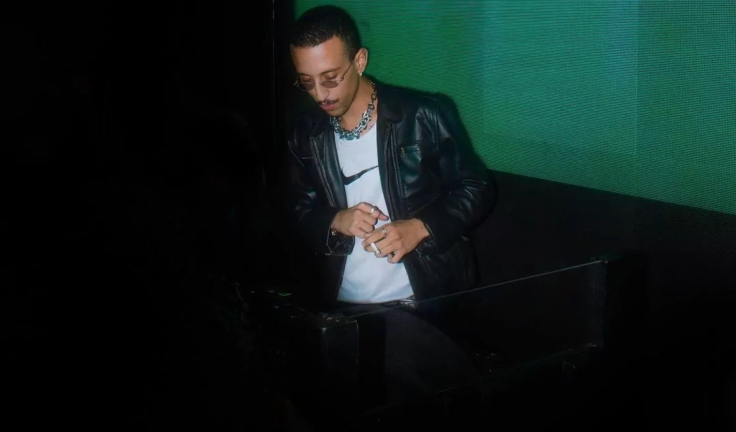 After cementing their names as some of the most recognized in the Arab World’s musical landscape, two members of independent Palestinian record label BLTNM, namely Shabmouri and Daboor, are set to make their first foray into the world of cinema, after already bursting the regional rap bubble. Hailing all the way from Ramallah, the label can be credited with some of the Middle East’s most listened to songs, including Inn Ann, an explosive track that served as both an anthem and soundtrack to the Sheikh Jarrah uprisings in 2021. Always keen on proudly putting their homeland on the map, the crew is sailing towards unchartered territories with their recent casting in Palestinian scriptwriter and director Firas Khoury’s latest on-screen endeavor.

Titled Alam, the coming-of-age drama centers around the seemingly mundane life of a young teenager named Tamer who leads a relatively calm existence at school with his friends until the arrival of Maysaa, a new student who was transferred from Jerusalem following her expulsion from her previous college. The pair eventually grows closer as time goes, and as they do, Tamer also finds himself involved in a mysterious plan eponymously dubbed “Alam” on the eve of Israel’s celebration of independence, more commonly known as Nakba day for Palestinians who mourn the loss of their land and thousands of lives. In Khoury’s directorial debut, Daboor acts as Shekel, an unruffled schoolmate while Shabmouri takes on the role of a more calm and steady student called Rida.

What’s more, the film’s official soundtrack features two BLTNM bangers, including the very energetic Sindibad and Kteer Ktar, inviting the rest of the crew, namely Shabjdeed and producer Al Nather, to share the screen with the casted members.