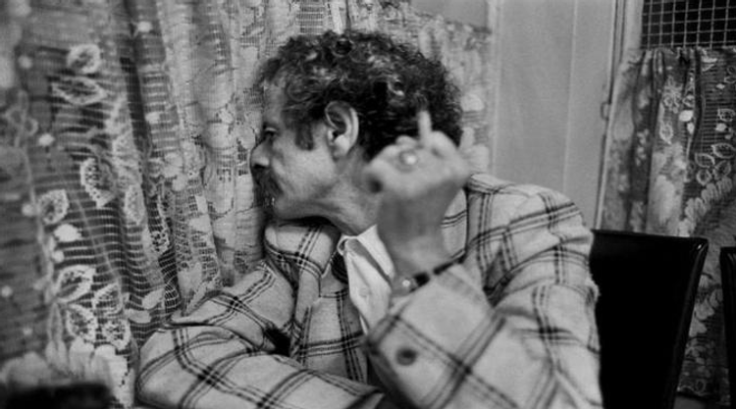 Unravel the Maghreb with these iconic authors

When it comes to North African literature, Egypt has always been over-represented. Ask anyone what their favourite works are, and the likes of Naguib Mahfouz and Taha Hussein are bound to be on their list.

No shade though, Egyptians have always produced quality content, but their prominence has left many of other prolific North African writers living in the shadows. So, we decided to bring a few to light.

We rounded up the ultimate reading list for any North African looking to explore their heritage.

Beer in the Snooker Club – Waguih Ghali
First published in 1964, Ghali’s Beer in The Snooker Club is the quintessential post-colonial novel. The semi-autobiographic book trails the story of Ram and Font, two young English-educated men, trapped between cultures. The book – an insightful must-read for anyone battling with their own identity – is an authentic account of the binaries many North Africans confront.

For Bread Alone – Mohamed Choukri
Most gritty and controversial on this list is For Bread Alone. The book, which was written by Mohamed Choukri, a man who grew up in extreme poverty in Morocco, has been banned in Morocco, and Egypt for its tales of drugs and sex. It’s account of struggle and survival, and in short, what Choukri would do “for bread alone”.

Women of Algiers in Their Apartment – Assia Djebar
Known by her pen name Assia Djeba, Fatima Zohra Imalyen is a name you need to get familiar with if you’re not already. The iconic author is known for her work celebrating Algerian women, and her 1980 novel, Women of Algiers in Their Apartment is a classic. The book is a collection of short stories about the lives of Algerian women in society, from both pre-colonial, colonial and post-colonial perspectives.

Al Ayyam – Taha Hussein
No list is complete without mention of one of Egypt’s most influential writers. And if there’s one book to read by the legendary intellectual, it’s his autobiography entitled, Al-Ayyam. Written in 1926, the book examines the restrictions he faced growing up, both due to his blindness, but also the narrowness in perspective he carried growing up poor in a provincial village—digging deep into the cultural and religious traditions that restricted him.

Bleeding of the Stone – Ibrahim El Koni
A prized book by one of Libya’s most prolific novelists, Ibrahim El Koni’s Bleeding of the Stone needs to make its way to your bookshelf as soon as possible. Following the story of a Bedouin herder who lives in Libya’s southern desert tasked with watching over ancient caves, El Koni’s novel touches on everything from realism, mysticism, nature and the encroachment of foreigners on one’s homeland.

Algeria, Nedjma –  Keteb Yassine
We all love a good love story, and Nedjma is a really, really good one. Written by author (and Berber activist) Keteb Yassine in 1956, the novel tells the story of four young men who fall in love with Nedjma. Set during colonial Algeria, the men’s pursuit of the young woman gives way to the reader to explore the condition of Algerians during the occupation, but more importantly, it paves a roadmap to establishing an Algerian identity not rooted in colonialist representations.