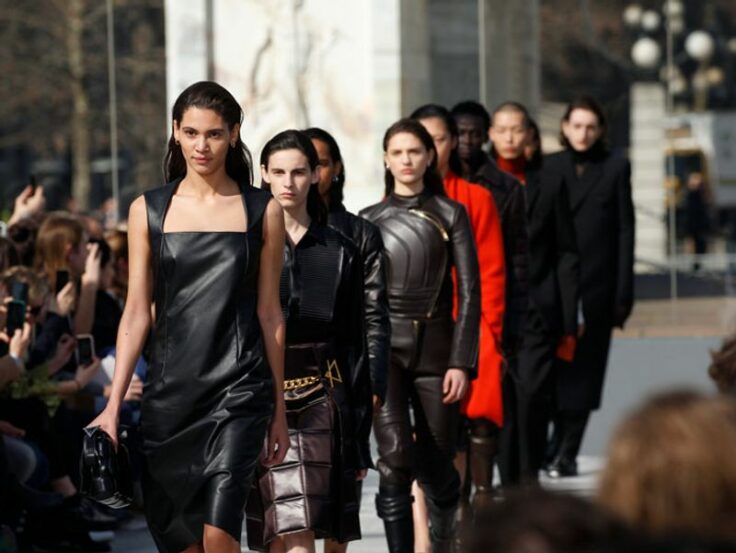 Since Bottega Veneta announced Daniel Lee as creative director, the Italian house has garnered a huge cult and critical following. He’s the most hyped designer of the moment and of course, the hype has made its way to the Middle East.

The fashion house opened up its first flagship store in Kuwait this week, which means the cult square toe sandal you’ve been inundated by on your IG feed just got a lot easier to buy. All you need to do is make your way to the Avenues Mall, where the new store will be located.

With a façade that’s made from silkscreen glass panels, the store’s design takes inspiration from the House’s emblematic Intrecciato motif. As for the interior, a theme of lightness is at play, with Marmorino walls and floors made of natural oak wood and ivory limestone.

The interior is filled to the brim with pieces from the Bottega Veneta home collection, which was first launched by the house’s previous creative director Thomas Maier in 2014. The collection has since been a staple at Milan’s Salone Del Mobile alongside the biggest names of the furniture design world, and now you can get to get a feel for it right here in the Middle East.

Everything else in the store, from the new display tables made from pale natural hued oak wood, silver Travertino and glass, to the handcrafted vitrines and door handles (sheathed in leather) has been custom-made for the Kuwait flagship.

Measuring 415 square meters, the store marks the brand’s biggest presence in the tiny gulf country. Previously, Kuwait was home to a much smaller boutique at 360 Mall in Al Zahra, but at the new flagship store, you’ll find Kuwait’s most extensive range of Bottega Veneta pieces, from ready-to-wear, bags, leather goods and shoes to jewellery, fragrances and eyewear.