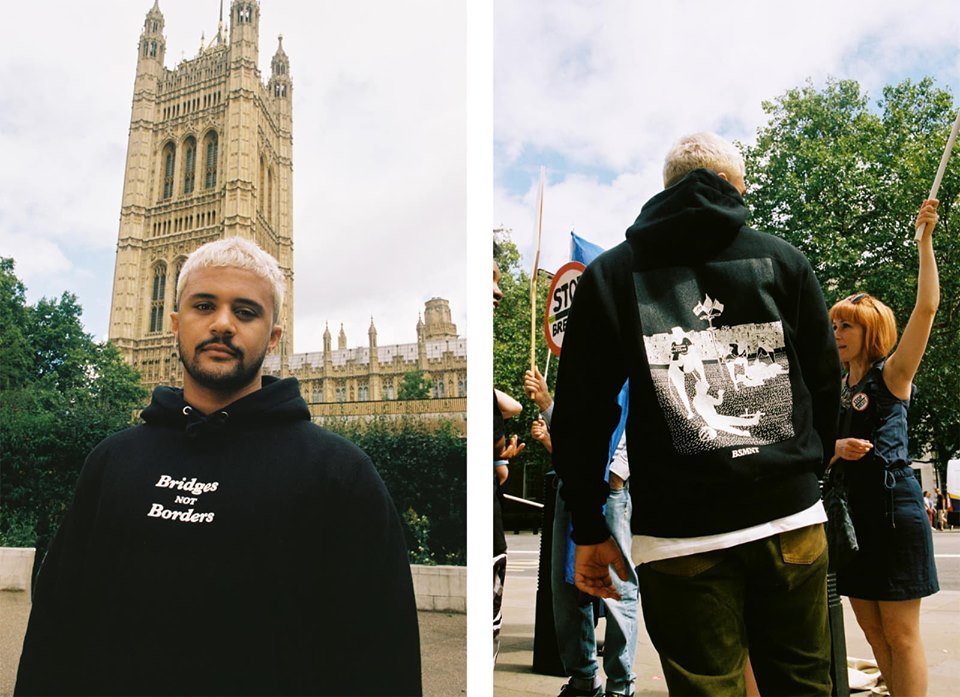 The streetwear brand and resellers are fighting for inclusivity

Basement Approved – which started out as a Facebook marketplace founded by buy-and-seller Peter Mitchell from Northern England, the platform has since blossomed into one of the Internet’s most hyped streetwear communities, with rare collabs and even rarer resells.

Far from their origins as a Facebook group, the website isn’t their only location for all-things streetwear, the community also regularly hosts pop-ups in major cities like London, attracting thousands (of men primarily) to bond over fashion.

Transcending race and class, Mitchell told The Idle Man about his constant surprise at the outreach of the community, “[I was] riding down the street on a bike and someone pulls up in a Porsche and shouts ‘Basement Fam’ because of the tee I was wearing at the time.”

More than anything, The Basement facilitates discussion, as exemplified by their art, music and fashion thinkpieces on their site which is created by talented artists (who double up as fans of the community). Discussions are not limited to articles – the clothing and collaborations themselves usually carry a message, and the latest Basement Approved capsule is no exception.

Released on Sunday, the Basement launched ‘Bridges Not Borders’, a capsule collection exploring the current political climate, both at home and overseas. Coming directly from the disparity surrounding Brexit, Dutch artist Stikstok was commissioned to illustrate an image of solidarity against adversity, printed onto the back of the t-shirt and hoodie. 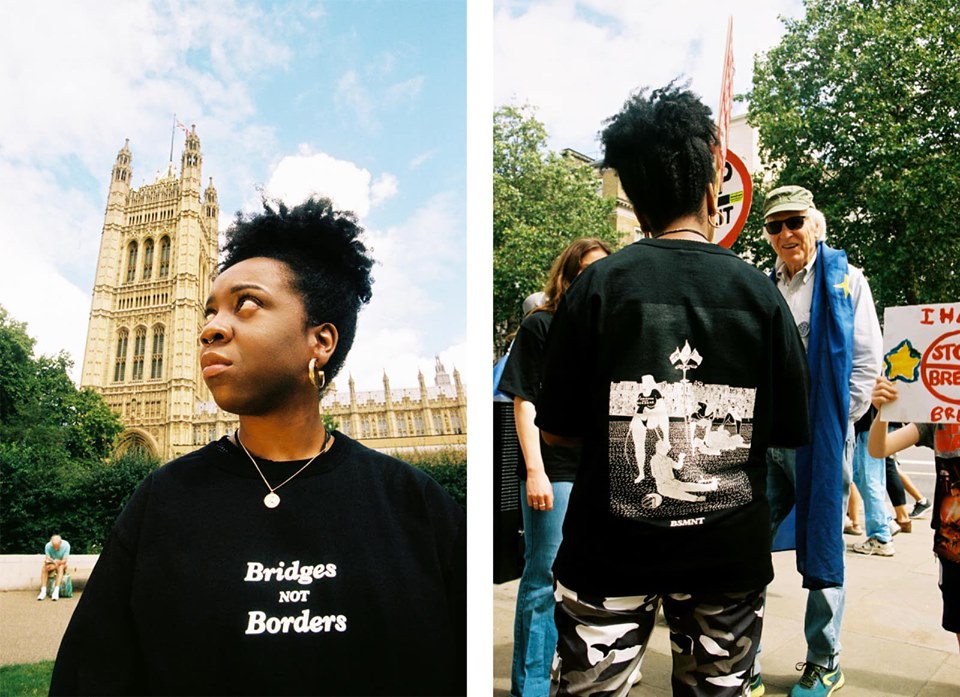 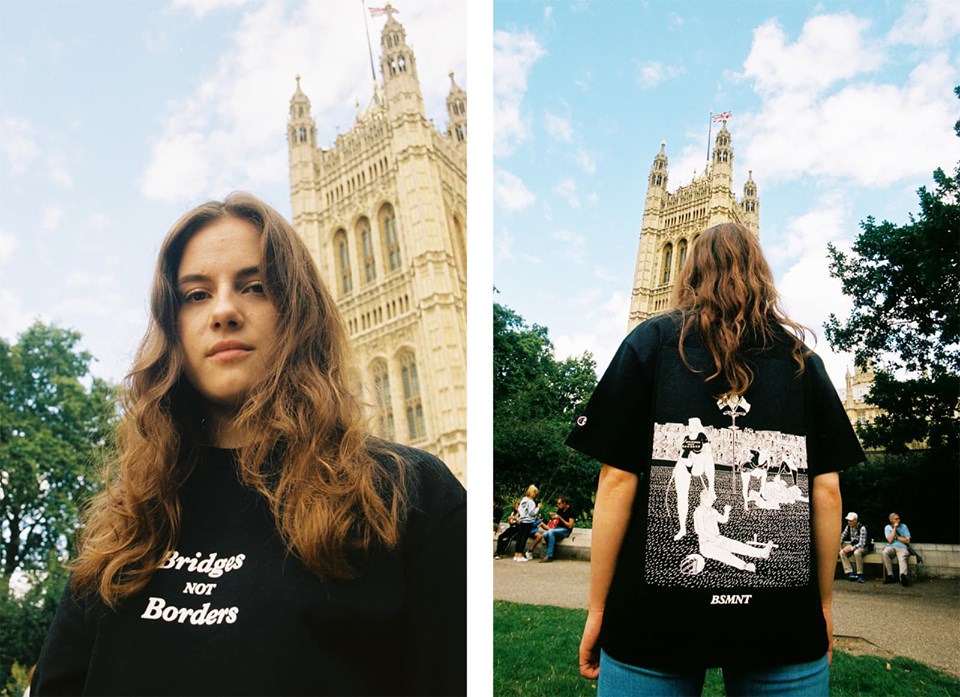 Modeled by Luc Hinson, co-founder of Between Borders magazine—which challenges notions of identity in contemporary politics—the magazine has collaborated with communities such as Muslim Sisterhood, where they created a joint zine.

In an interview with Basement Approved, Hinson says, “What we hope to show through our work is a different reality, a Britain made up of vastly different but shared narratives, one that thrives off of pluralism and diversity. One that believes we’re stronger when we’re together. One that we can all be proud of. We emerged directly out of a haze of bigotry, and misinformation. We wanted to open dialogues around identity, not close them down.”