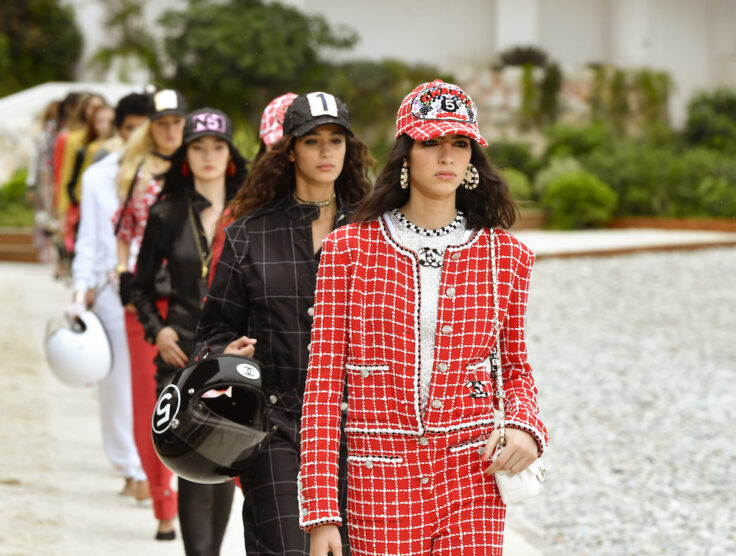 Following stops in Dubai, Provence, and most recently, Monte Carlo, Chanel will unveil its next cruise collection in Los Angeles. On May 9, 2023, the French luxury house will showcase its resortwear for the second time in the City of Angels— 16-years after the late Karl Lagerfeld staged a show for the cruise 2008 collection inside the Santa Monica Airport back in 2007.

The storied Maison has a longstanding history with Los Angeles. Coco Chanel first visited the city in 1931, when film producer Samuel Goldwyn, who ran United Artists, invited her. According to A. Scott Berg in his 1989 biography, Goldwyn, the American-Polish producer believed that “women went to movies to see how other women dressed.” Thus, he offered Chanel a guaranteed $1 million to come to Hollywood twice a year to dress his Hollywood stars, such as such as Gloria Swanson and Norma Talmadge, on and off screen.

Goldwyn reportedly told French journalists, “I think that in engaging Mme. Chanel I have not only solved the difficult problem of how to keep clothes from being dated, but also there is a definite service rendered American women in being able to see in our pictures the newest Paris fashions—sometimes even before Paris sees them.”

Though initially Chanel refused the producer’s very generous offer, she finally accepted after a year, telling The New York Times that she wasn’t becoming a “costume designer,” and that in Hollywood she would “not make one dress. I have not brought my scissors with me. Later, perhaps when I go back to Paris, I will create and design gowns six months ahead for actresses in Mr. Goldwyn’s pictures.”

Considering Chanel’s flirtation with old Hollywood, perhaps creative director Virginie Viard sought inspiration from the Golden Age of cinema and glamour for the brand’s next cruise collection. We will just have to wait and see.