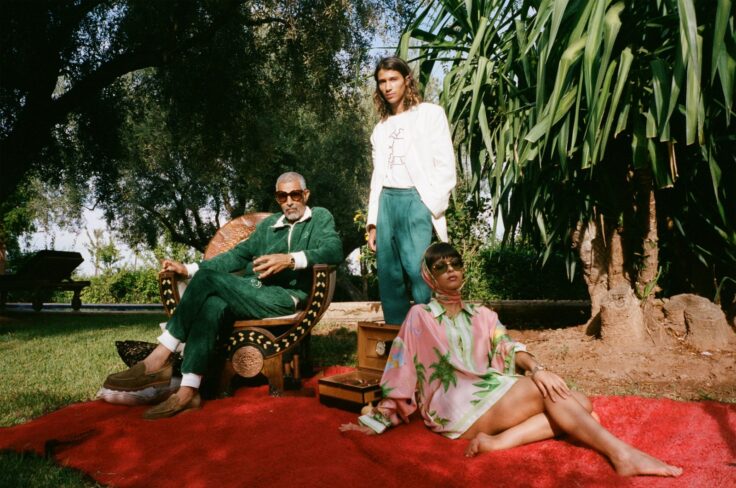 For over a year now, event planning has been thought through again and again, adapting to the current state of the world. Two seasons following the pandemic’s initial outbreak back in March of last year, the FHCM (Fédération de la Haute Couture et de la Mode) has just revealed its quite surprising calendar for the upcoming Spring/Summer campaign.

While most fashion houses have already taken the decision to only showcase their newest collections digitally again, six major labels will be making their way back onto the catwalks of the PFW’s next edition coming up this month.

Set to be one of the only houses to host both a physical and digital show to introduce their newest drop, Charaf Tajer’s label Casablanca is rapidly climbing up the ranks of the fashion industry since their runway debut in 2018.

As new members of a very exclusive circle, Casablanca will be joining Hermès, Dior, Bluemarable, Louis-Gabriel Nouchi and Officine Générale in this year’s physical presentations. Only a limited number of seats will be allocated due to the ongoing global circumstances, of course.

Even though Casablanca might not be the first city that comes to mind when it comes to the fashion world’s capitals, Charaf Tajer has definitely been putting the city from which the brand pulls its name from on the map. Far from being newcomers, the suave, silky and vibrant label is expected as one of the main events of this year’s fashion Week, although Dior and Rick Owens’ digital introductions to their newest collections might still manage to steal some of the spotlight.

Moroccan by blood but French by means of his upbringing, the Mediterranean brand is slowly becoming a major household name owing its popularity to its chic, slick and elegant designs and fabrics. One thing is for sure though, if the discovery of Morocco’s natural scenery might remain difficult this summer again, Charaf will certainly give us a tour of the country’s beauty through his inspirations as of June 22.