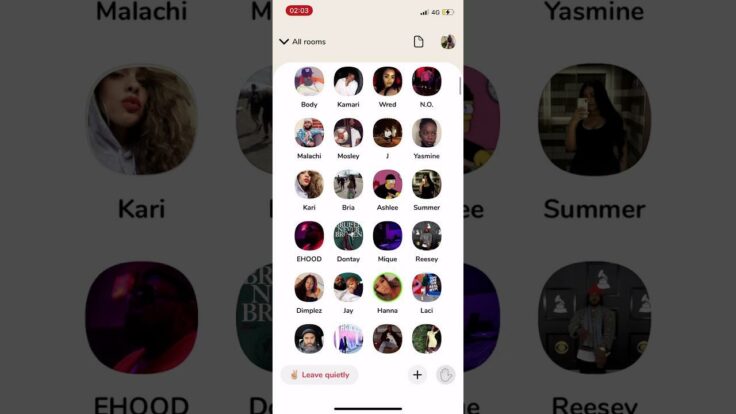 6 Types of People You Find on Clubhouse

Yes, it includes your favourite rappers

Clubhouse might have only been around for a few months, but it’s already built its own set of archetypes. IG has its influencers, foodies and frequent flyers; which thankfully haven’t found a home on Clubhouse just yet. But the app is certainly building its very own patterns—and we’re here to break it all down.

For the uninitiated, Clubhouse is everyone’s latest obsession. The social media app was first introduced to the public in early 2020, but is still in beta mode—meaning you can only join with an invite from another user.

Its premise is simple: it’s voice-only, and you can either join or host a “room” to speak or listen in as an audience member. If you’ve spent time on it in recent days, you’ll probably recognize a few of these people:

Dinner with Jay-Z Twitter
“If you’re offered 100 million or a book that tells you how to make a 100 million, which would you choose?” Those who’s answer is the latter have found their way to Clubhouse, so you won’t be short of rooms rambling on about why 10 minutes spent picking Jay Z’s brain is worth a lot more than actually making a hypothetical million or two.

Rise and Grinders
You know the type: Dinner with Jay-Z’s not-so-distant cousin who obsessively discusses the reasons one must wake up at 5am every morning, how everyone’s past-time should be spent on side-hustles.

The Always-Offended
It’s understandably been a tough year, so frustration is warranted from everyone. But there’s one breed of angry that’s more active on Clubhouse than anyone else. No matter the room, no matter the topic, there’s always something to be offended about.

Trolls
As is the case with literally every app on the internet, trolls have of course found a home in Clubhouse. Don’t be surprised if one jumps into a room only to scream out outlandish statements.

The Preacher
We all know someone who loves the sound of their own voice, and of course, Clubhouse is their ideal platform. The app is a hotbed for your everyday preacher who hog up the mic to blurt out every single thought that comes to their mind.

Actual experts
Whether you’re looking to kick off your new business or learn about a subject you’re passionate about, Clubhouse has made experts all that more accessible. Look up your faves and follow to make sure you can always be notified if they’re ever speaking in a room.

Rappers
From 21 Savage, and French Montana to Lupe Fiasco, some of your favourite rappers have become Clubhouse regulars. And no, they’re not just talking music. For one reason or another, cheating seems to be a popular topic of discussion. Side note: 21 Savage is on Clubhouse practically 24/7.