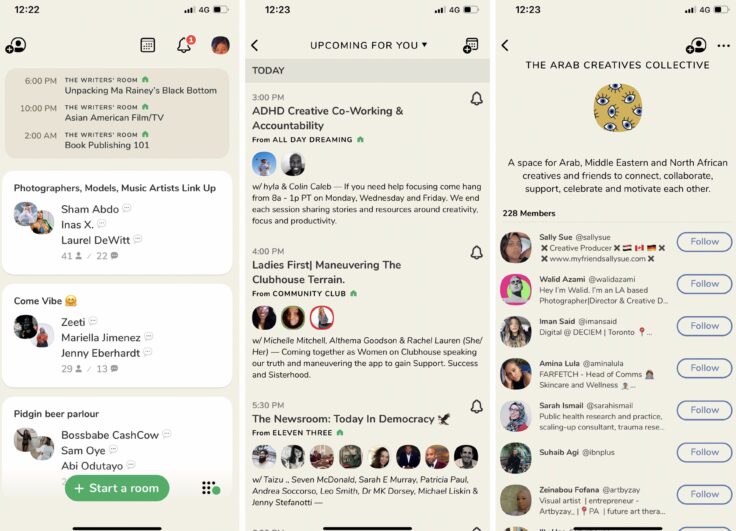 The FOMO-inducing social media app you need to know

I’d seen the name appear on my Twitter feed a few times before I wondered what Clubhouse was. Then someone gushed about finally joining the app and spending three hours chatting with a few journalists I respect. FOMO officially set in. I needed to not only understand the hype around Clubhouse, but to join in on what felt like a not-so-secret secret society.

It turned out; Clubhouse isn’t for everyone. The voice-only social media app—which is best described as an amalgamation of Twitter and Zoom—is an exclusive, invite only application that counts Virgil Abloh, Ramy Youssef, and Oprah as members.

I did a quick google search and uncovered all that I’d missed over the course of the eight months since the app launched. Kid Cudi hosted a listening party for his latest album ‘Man on the Moon II: The Chosen’ on the app. Ava Duvernay had hosted a discussion on James Baldwin. Virgil Abloh describes himself as a ‘Clubhouse super user’, often engaging in conversations about design on the app. Kevin Hart was at the center of a room titled ‘Is Kevin Hart Funny?’ where he joined thousands of users in a discussion about his latest Netflix Special.

I scored an invite to the app through a friend. Here’s how it works: Once you log in, you can hop in and out of various rooms where discussions are held. The idea is to chat with others—most of the time, strangers—in the digital space. You can upload a photo of yourself for your profile, but that’s about it. Clubhouse is strictly voice-based.

There are no DMs on the app or written comments. You can join a room and start listening as an audience member, or you can host our own room and be ‘on stage’. You might also be a moderator, where you can call other people on stage. But in the end, your voice is your only form of communication.

On your home screen you’ll find on-going rooms, pulled by the app’s algorithm that uses those you follow to carve out your interests. As for followers, the app will use your address book. The app also has a calendar feature, where you’re able to sort through a series of upcoming conversations: ‘Unpacking Ma Rainey’s Black Bottom’, ‘Making Social Media More Loving’, and ‘How to Manifest’ are a few examples.

You’ll find yourself surfing through rooms that talk about everything from culture and race to film and beauty. Whatever piques your interest.

There’s one downside, though. The app only recently expanded worldwide, so it’s still pretty US-centric. An ‘Arab Creatives collective’ group exists though. It’s described as ‘a space for Arab, Middle Eastern, and North African creatives and friends to connect, collaborate, support, celebrate and motivate each other,’ and is home to a little over 200 users. It’s one of few spaces on the app where discussions are held in correspondence with regional time zones.

To be fair, the app is still beta testing—hence why it remains invite-only. But its founders Rohan Seth and Paul Davison made it clear in a recent interview that diversity is a top priority for the app. It’s likely only a matter of time before the app truly goes global, inciting more and more conversations throughout the globe.