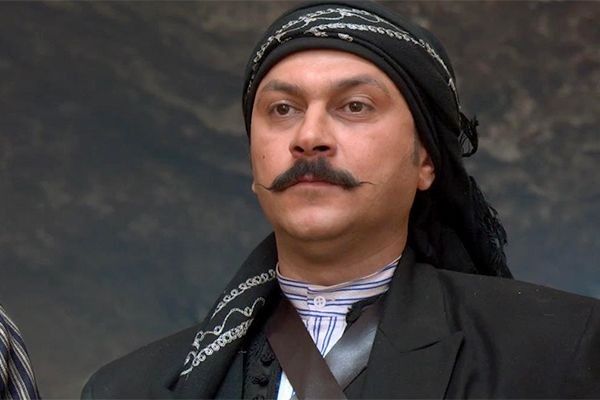 No Shave November is an initiative launched in 2009 that encourages men to not remove their facial hair for the entire month in an effort to raise cancer awareness. And, while the idea of not shaving your beard might be a new and rather unconventional grooming concept in the West, in the Arab world, No Shave November is practically a year-long affair. The fact of the matter is, the relationship between Arab men and their beards is steeped with culture and history.

Whether it’s your dad, uncle, husband, or next door neighbor, everyone of us knows at least one Arab man with a thick, bushy beard long enough to rival Gandalf. Indeed, facial hair has long been in fashion among Muslim men, and is packed with cultural and sociological significance.

First, a brief history lesson: In pre-Islamic Arabia, Zoroastrians in Iran, used to don mustaches but remove the hair on their chins. The prophet Muhammad encouraged his followers to do the opposite — keep their chin hair long but trim their mustaches — to differ from those who worshipped the Iranian-speaking prophet Zoroaster. It wasn’t too long before this style of facial hair spread, along with Islam, during the Muslim expansion in the middle ages. Today, many scholars believe that keeping a beard is wajib (mandatory) and that shaving it is a violation of Islamic principles, thus, it’s often automatically assumed that an Arab man with a long beard is deeply religious, even if they’re, well, just a tote bag-carrying hipster. (In Beirut, several outbursts were reported by the media, of policemen trying to arrest baristas and DJs, convinced they were extremists. One story read “Lebanese hipsters are sick and tired of being mistaken for jihadists.”)

Indeed, beards are a sociological signifier in the Arab and Muslim world, meaning that the type of facial hair a man sports can often tell you about the type of person he is. For instance, if a man is ultra-conservative, he will typically let his beard grow long and scraggly, often leaving his upper lip clean-shaven as a nod to how the Prophet wore his own beard 1,400 years ago.

Unfortunately, these kinds of beards are regarded as a symbol of Islamic fundamentalism by some countries and governments. A Middle Easterner growing a beard will almost invariably be interpreted as a religious and political expression even if it isn’t that. Growing up in post-civil war Algeria, we were taught that any man who kept his beard long and unruly was a terrorist from the Islamic Armed Movement.  Former Egyptian president Hosni Mubarak actually forbade government workers and civil servants across the country from growing out their beards and, similarly, in 2014, China’s mainly Muslim Xinjiang region banned men with large beards from traveling on public buses.

Obviously, not every man with a huge beard is a Muslim fundamentalist (Funny sidenote, last month, French far-right white nationalist Daniel Conversano was greeted by a “Salam” in Russia after he was mistaken for an Arab due to his bewhiskered visage) and to make this kind of assumption can be rather racist. For a lot of Arab men, sporting a beard is simply a personal fashion choice, and is seen as a sign of virility and masculinity. And, it’s not just an Arab thing, BTW. Remember lumbersexuals? The subcategory of males that wore “Commie” beards and flannel jackets who served to unseat metrosexuals and usher in a new era of manliness. Many non-Muslim and non-Arab men have embraced the scraggly beard in recent years to emulate the rugged, masculine hunk from a Diana Gabaldon novel. In fact, Harry Styles’s full beard in his new Music For a Sushi Restaurant music video looks exactly like the ones you would find at your local mosque.

For other Arab men, facial hair is a symbol of honor and pride. When Naji Sabri became the Iraqi foreign minister, it is said he was told by the late Saddam Hussein that “a man who holds his mustache holds his honor.” In 2003, Hussein’s former mustachioed aide created headlines when he yelled out (what is now our favorite insult ever) “Curse be upon your mustache!” at a Kuwaiti counterpart at an emergency summit. There is also a social and cultural pressure in the Arab community to have a thick, well-groomed beard. In Turkey, hair transplant clinics with Arabic signage attracts Middle Eastern men in droves who visit the establishment in hopes of obtaining the thick, masculine beard they’ve always dreamed of.

In short, facial hair in the Middle East is more than just a personal style statement and is rooted with complex religious and cultural undercurrents. A full, neatly-groomed beard is also an integral part of an Arab man’s identity and sense of pride. To sum it all up: Arab men *handshake emoji* facial hair.