In Conversation With the Ultimate Crate-Digger, Habibi Funk

All about his late nights, long days, and early flights

Habibi Funk is a name that must sound familiar if you’re even just remotely interested in the region’s rich musical landscape. Behind the catchy alias stands Jannis Stürtz, a German DJ who’s been on a stellar mission to not only unearth some of your parents’ favorite tracks by taking them off their dusty shelves and making them cool again, but also making them accessible to anyone with an Internet connection through digitalization and their subsequent upload onto the World Wide Web.

Without wanting to sound too laudatory, the DJ’s work and impact is immeasurable. Crate-digging isn’t just about patiently flicking through hundreds of old vinyls in dusty boxes in the hopes of uncovering a rare gem, it’s also about being aware of the cultural weight each record may have, its importance in its time frame, as well as acknowledging the heavy responsibility of passing on these treasures, that would otherwise be forgotten, to the next generation by democratizing their access to all through the Internet and ensuing shows.

“I think that there’s a difference between what I play and what the average electronic DJ plays,” he says in conversation with MILLE following his set at Morocco’s MOGA festival, which we energetically attended as invited by the Moroccan Association of Arts and Fashion (FAMA) for the occasion.

“My focus is on music that has been created already. If I played minimal techno, for example, I could go on wherever you download minimal techno these days, pick some tracks, and add them to my set,” he added, sharing that his process of curation is a bit more difficult, time-consuming, and thoroughly dependent on research.

“I’ve got five tracks that happen to come from Libya, for example, and there’s a whole journey these records had to embark on before I was able to incorporate them into my set,” the label owner confessed. Indeed, for the music-obsessed, it’s normal to go to extreme lengths to find records, even if only a handful end up making the cut. Such was the case when he purchased a duffel bag full of cassette tapes from the son of a Libyan musician, which he had to somehow smuggle from Tripoli to Egypt, pick up and take back to Germany, and listen to approximately 200 of the tapes, before settling on four or five tracks to incorporate into his setlist.

Boasting such a rich repertoire of records requires time, energy, and flair and also the commitment to walk the extra mile to obtain permission, eventually give credit and potentially discuss finances with relatives or representatives of the artist,  if the situation calls for it.

A couple of years back, one of the artists signed to Jakarta Records, the sister of his eponymous Habibi Funk label, was booked to play at Mawazine, a music festival that takes place in Rabat every summer. The crew stayed in the city a little longer than expected and came across a tape that credited James Brown on the back side. Piquing their interest, it turned out to belong to Fadoul, an artist “who played funk music with very raw punk-metal attitude,” according to Stürtz. It took him and his team about two years before getting the green light from the artist’s family to use and re-release the songs.

“We spent the first year looking for him with barely any success. We then realized through a connection with a band that was around at the same time as Fadoul that he had sadly passed away. Eventually, we found someone that remembered which neighborhood of Casablanca his family used to live in, so we literally went to all of the cafés, bars, and shops to ask if anyone knew anything about that man. One person remembered where his parents lived, but they had passed away as well. Finally, their neighbor remembered where his brother lived and we managed to get in touch and by the end, release a collection of songs with due diligence,” recalled the DJ. “What’s most important for me and the record label, from an archival perspective, is making sure we don’t own masters, only licenses, and split the profits fairly with concerned artists or their heirs,” he continued.

From an outsider’s perspective, we only see sold-out clubs dance to his sets in unison, disco balls shining, drinks flowing, and thousands of Instagram stories trying to capture the essence of each organized night. It’s easy for us to forget about the late nights, long days, and early flights he spends doing what he does, and doing it in the correct way. Fortunately, not everyone in the music business is as shady as Timbaland…

To be as efficient and precise as possible meant that Stürtz has had to develop new healthier habits, including changing his diet and lifestyle. “When I’m home I’m vegan, when I travel I’m vegetarian, I try to go to the gym a couple of times a week,” he reveals.

“The main thing is about staying healthy and clear-minded for me. The average DJ is usually booked about three nights a week before resting, when I have to be back in the office to deal with the record label side of things. I sometimes end up working seven days a week, but what keeps me going is the fact that the line between my job, passion, and hobby is blurred, and being able to make a living off that is in itself a very lucky position to be in. There are obviously moments where you get tired, but honestly, I think would happen even if I were to work a nine-to-five in an office anyways,” he continued.

“You will see a lot of DJs burn out very quickly, but in the end, with the type of music I play, there’s a bit of a ceiling– I only very rarely end up playing on main stages and that’s fine with me,” he said. “If I look at how I’m doing, I’d say that I’m satisfied.” 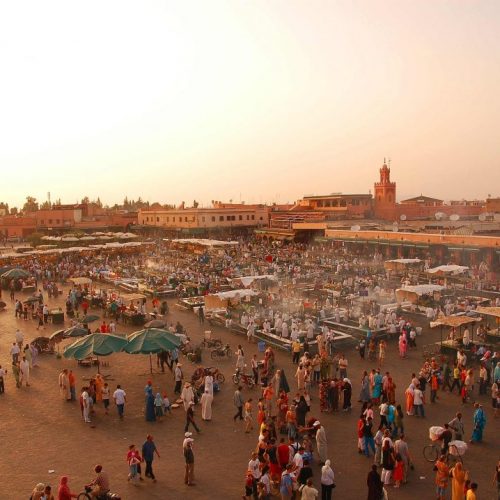 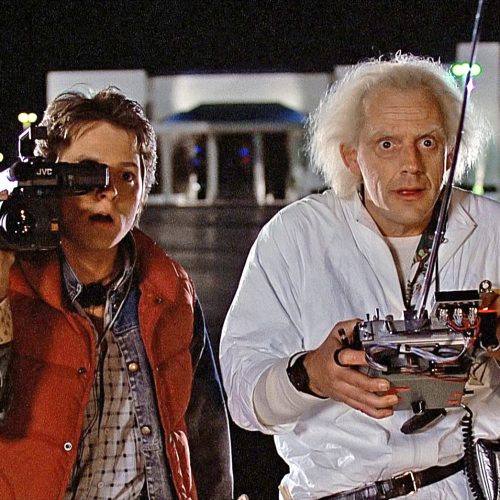